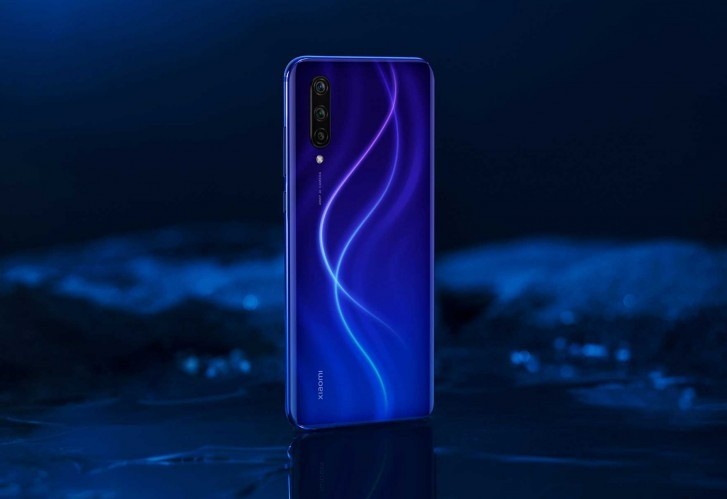 Xiaomi announced its CC Devices a Few Months ago in China, it Focuses on Style and Youth. Not to Mention, Camera is one of those Properties. Recently, The Mi A3 Globally Mi A3 Reb-branded the Mi CC9 Devices.

Contents Show
1 Xiaomi Mi CC9 Pro to reportedly launch on Oct 24 with 108MP camera and Snapdragon 730G, curved-edge display on this phone.Could thi Will this be Poco F2 in India?
2 Recommended Post

Comes with a Lower Specs Version of the CC9 in china, of course Chinese Don’t use Google Services to Maintain the cost they Reduce the Specification of the Devices.

Moving Forward, Xiaomi is Working on a Pro Version of the Devices. Even the Globally Market for those regions Where Mi A3 doesn’t announce, Mi 9 Lite Reb-branded of Mi A3.

Xiaomi Mi CC9 Pro to reportedly launch on Oct 24 with 108MP camera and Snapdragon 730G, curved-edge display on this phone.Could thi Will this be Poco F2 in India?

While an ago Xiaomi Mi Alpha Equipped With Samsung 108MP ISOCELL Bright HMX Camera Sensor, We Belive the Same Sensor Will be used in CC9 Pro. 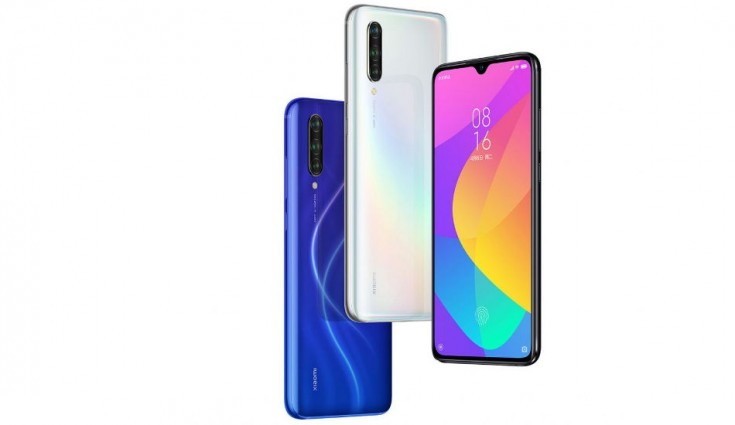 The Device Said to be Powered by Qualcomm Snapdragon 730G Soc. However, it comes with a Slightly Curved Screen and to be launched as early as October 24. Moreover, A 108MP Camera Sensor Need a Power Soc that Why the Mobile Gaming For Premium Smartphone the 730G is Best to use Yet.

Under the Hood, Xiaomi Develop its Curved Edge Display but Don’t use in any Commercially Smartphone. It is the Possibility that Mi CC9 pro is the Smartphone to be packed With a Notch Equipped With Front Selfie Camera.

As Per a Post on Weibo hinted a Xiaomi With a 108MP Camera in CC9 Pro Very Soon. Not to mention, That Device With a More Powerful Soc alongside an Improved Camera. This Camera Sensor Had Not Used by any Smartphone Yet Commercially, Might be this is the first one to do So. 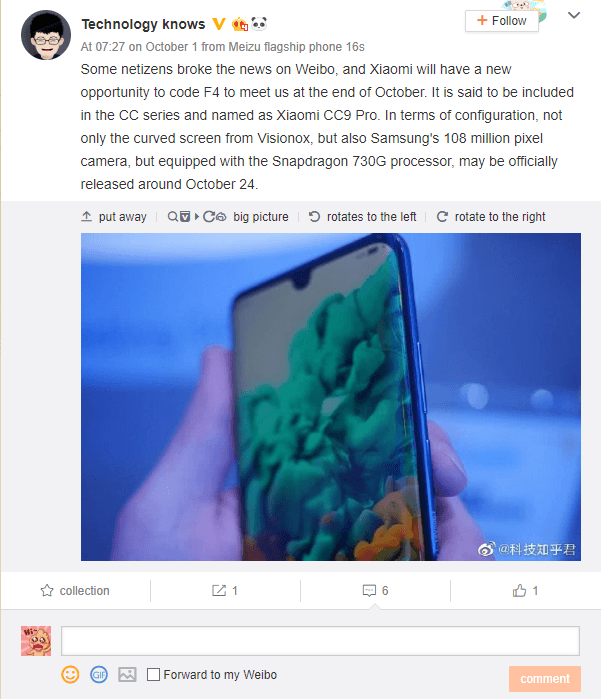 Samsung ISOCELL Bright HMX is the World’s First 108MP Smartphone Camera Sensor, Which is an 0.85μm With a Resolution of 12,032×9024 Pixel. Even More, it the Using a Tetracell Technology Better Known as Pixel-bin Which produce 27MP Picture natively. However, it allows you to Record a Video in 6K (6016 x 3384 pixels)
at 30fps.

Thanks for Being With us, Share your more valuable opinion and feedback in the comment section down below. Stay tuned for more further updates in future on Same