Xiaomi Mi A3 Android one Smartphone Officially Launched at ₹12,999

Xiaomi Announced it’s one of the Most Selling Smartphone With Android One Support. The Mi A3 in India. Which is the Successor of Mi A2, Meanwhile Bring a lot of New Improvements and Major Upgrade over Mi A3. Earlier the Device is been Launched in Spain.

The Device is Supposed to Decent Powerful With New Soc, An In-Display Fingerprint Sensor along Triple Camera Sensor Setup Under Mid-Range Price Segment.

It Comes With a 6.08-inch Super AMOLED Waterdrop notch Design Display With a 19.5:9 aspect ratio of a 1560 x 720 pixel HD+. The display is been Protected by Corning Gorilla Glass 5 along a Flash 7th Generation in-Display Fingerprint Sensor for Biometric Authentication.

The Device is a Re-branded Mi CC9e in China. Design on the Real Panel is called by Xiaomi is S-Shaped Curved Pattern on the Rear Helix as Opposed to Recent Introduced Aura Design on Redmi Note Series. 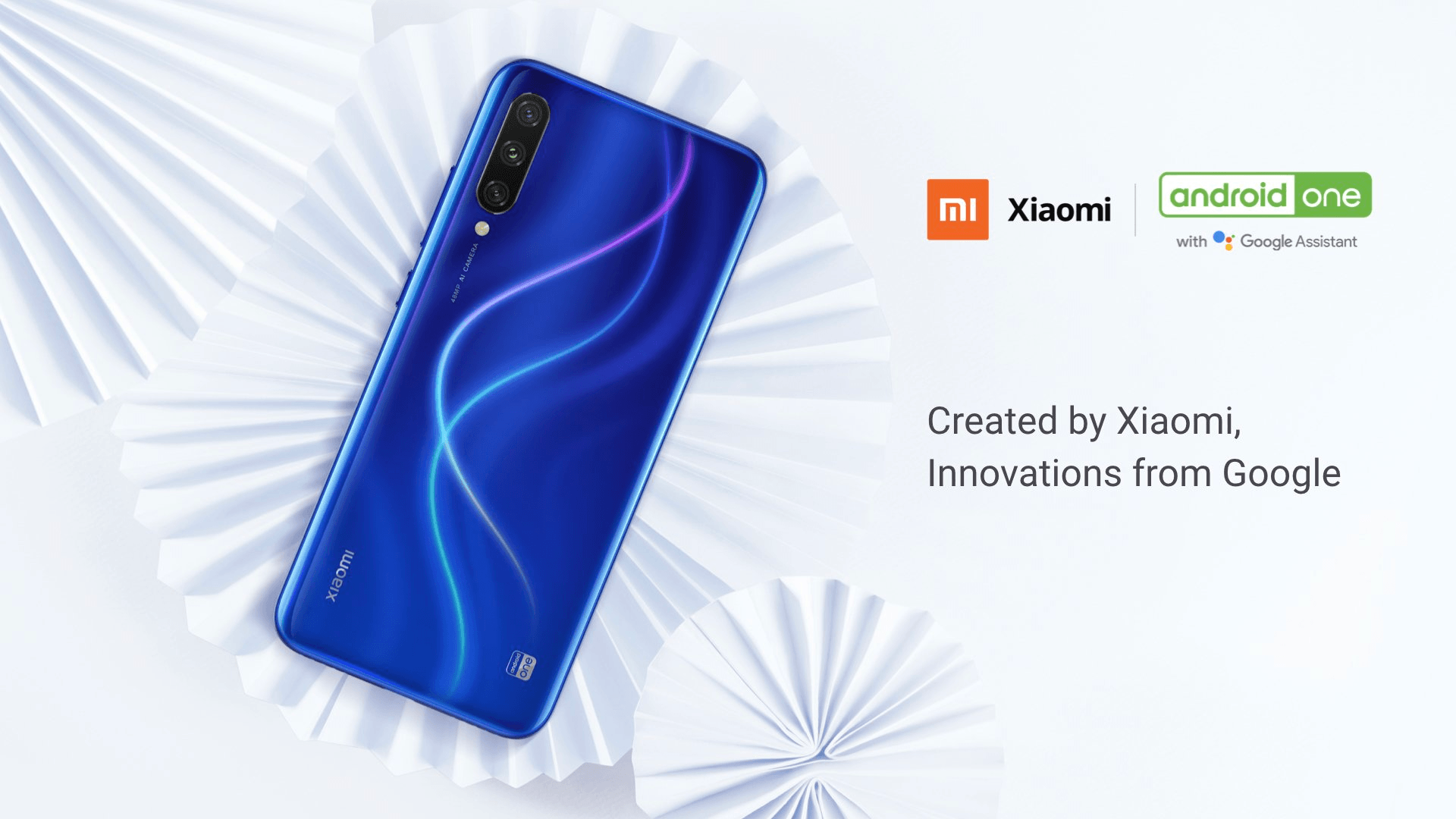 The Screen of the device has a 91% Screen-to-body ratio, Compare to Recent Mi A2 the Screen is been Downgraded to HD+. Xiaomi has done it Because to enhance Battery Life. They compensation it With the In-Display Fingerprint Sensor.

The Device is Powered by the Qualcomm Snapdragon 665 Soc Coupled With An 6GB of Ram and 128/64GB of eemc Storage Varient. Meanwhile, the Device is Packed With a 4030mAh Battery. Using a Micro USB Type-C and Support Quick Charger 3.0 (18W). But Charger was not bundled With the Device itself to Reduce the Cost.

in the Terms of Camera Performance, The Device Comes With a Rear AI Triple Camera Setup of 48MP Sony IMX586 F/1.79 primary + 8MP Ultra-Wide F/2.2 + 2MP Depth Sensor. While in front it Features a 32MP F/2.0 Camera Sensor. both the Camera Module Equipped With portrait, beauty mode and More AI Features. Selfie Camera is been hidden under Dot-Notch. 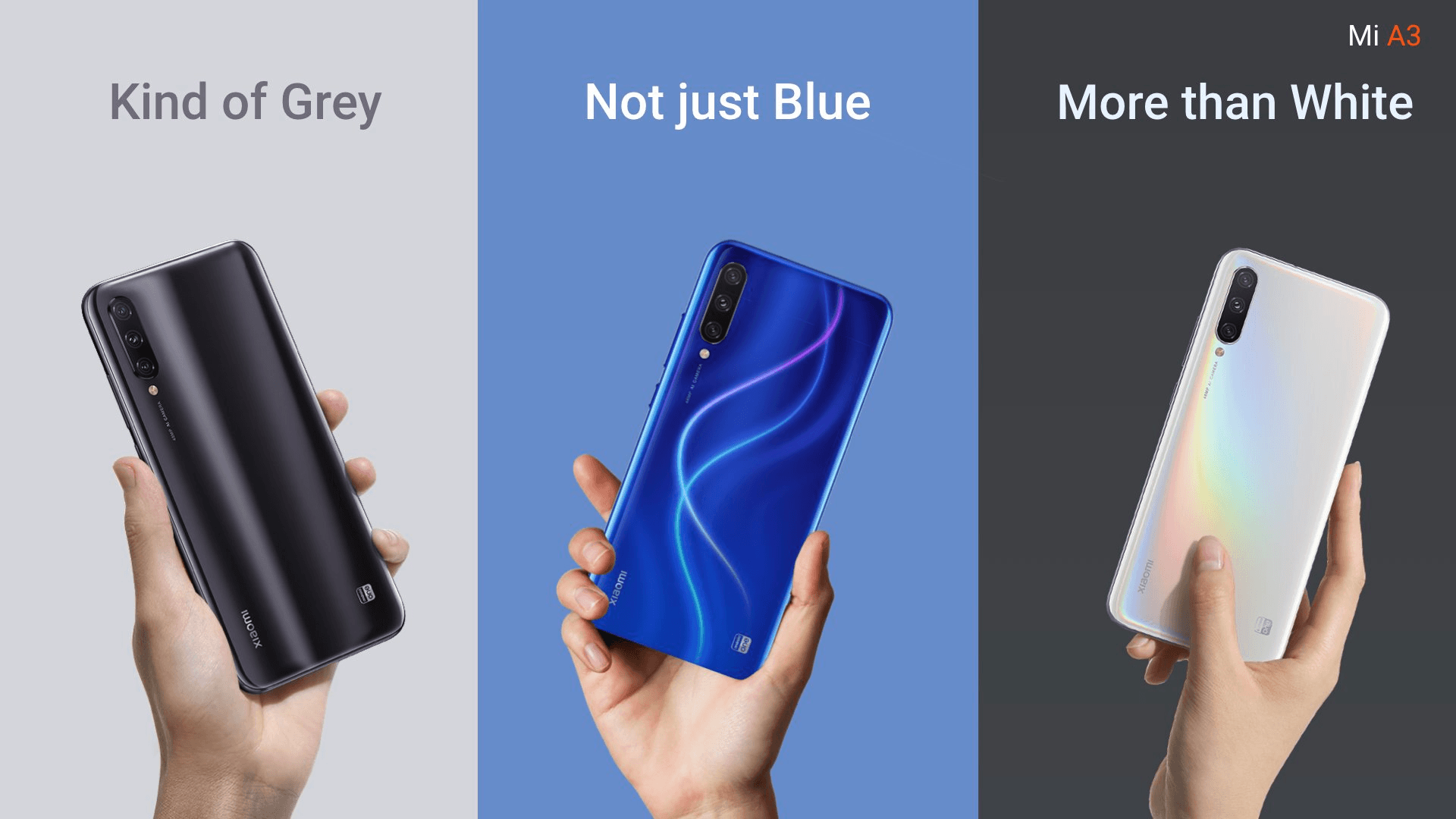 On the Software Front, It Runs on Stock Android 9.0 Pie out of the Box Without Boatload. Also, This Remains the 3.5mm Audio jack Which Mi A2 is missing. For Connectivity it having a 4G Dual Sim, Dual-Band, Wi-Fi, Bluetooth 5.0, USB Type-C, IR Blaster and all the basic Sensor as Well.

Xiaomi Mi A3 Starting With a ₹12,999 for a 4GB + 64GB of Varient. While 6GB + 128GB at ₹15,999. The Device Initially Will be available in three Vibrant Color Varient as Not Just Blue, More than White and Kind of Grey. Sale Will Go from August 23 Exclusively on Amazon India and Mi.com.

Thanks for Being With us, Share your valuable Opinion and Feedback in the Comment Section Down Below. Stay tuned for More Further Updates.