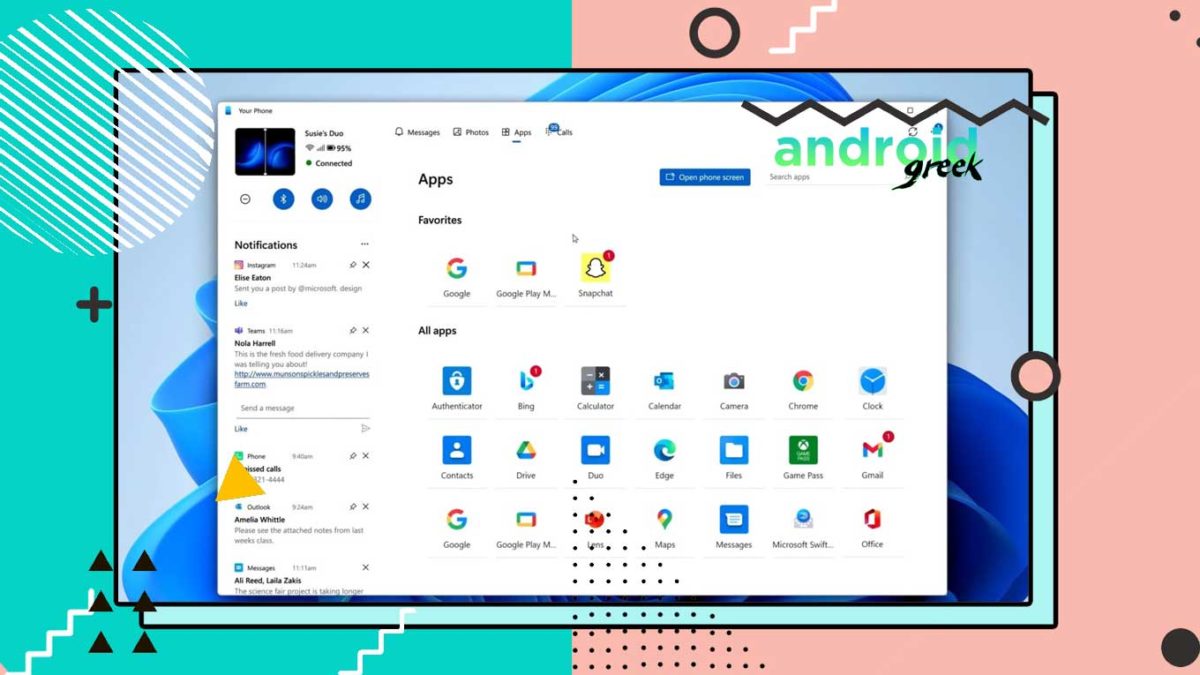 On October 5th, 2021, Microsoft will debut a new “window 11 for supported PCs.” As a result, they are planning to completely overhaul the appearance of some apps in the forthcoming Windows. According to official reports, Windows 11 will feature a new look, a beautiful navigation bar, and numerous other enhancements. Apart from that, a unique upgrade to your phone App is on the way, which will simply let you link your phone to your PC.

Now, the Your Phone app will include some new capabilities that will enable you to conveniently track your phone’s status on your PC. Along with the new functionality, the Your Phone app now includes some new design elements. Thus, to continue the discussion, This article will discuss Microsoft’s new Your Phone app for the impending Windows 11. Here are the details that have been revealed about it.

Contents
1 In 2011, Microsoft intended to redesign the Your Phone application for Windows 11.
2 Recommended Post

In 2011, Microsoft intended to redesign the Your Phone application for Windows 11.

Microsoft’s Your Phone app is getting a new design for Windows 11 👀 #MicrosoftEvent pic.twitter.com/5rpwMDkW1E

As discussed previously, Microsoft offers a companion application that enables you to connect your smartphone to a PC. However, the app’s initial appearance is lacking. However, Microsoft recently announced plans to redesign the Your Phone app in the future Windows 11. Additionally, as indicated by the hints, navigation will now be displayed at the top of the screen, and users will be able to track the complete state of their phone through PC.

Additionally, the UI of the Your Phone app has been totally redesigned, as the firm indicated plans to do so during a Surface event. Additionally, the all-new Windows 11 is scheduled to launch on October 5th. This suggests that the newly built Your Phone App will feature the new style and layout on or around the specified date, with an emphasis on Windows 11. Therefore, you’ll have to wait until Windows 11’s official debut to see the newly designed Your Phone App.