Vivo smartphone is the model also known as the Y93S which is launching on February 27, 2019, it comes with good features it runs Android v8.1 (Oreo) on the top of the Custom UI Funtouch OS out of the device

The smartphone has the 3.5 mm audio jack it has packed with 3 GB Ram and inbuilt storage 128GB internal storage if you want the further expandable Up to 256 GB which enough to the users

It comes with the screen size 6.2-inches of the screen resolution has 720 x 1520 pixels with HD+IPS LCD capacitive display it has an aspect ratio of 19:9 and screen to body ratio have 82.07% there is the 271 PPI pixel density having the bezel-less display to a side to side.

In terms of the camera, it has 13 MP + 2 MP dual rear camera with image resolution has 4128 x 3096 Pixels of the LED flash and it offers the aperture F2.2 and f2.4 with video recording has the supported slow motion recorded 1080p at 30fps while front camera has offered the 8 MP with the clarity of LED flash of the aperture F2.0 for the improving the exposure and camera click option as let see Continuous Shooting, Digital Zoom, Auto Flash, Face detection, Touch to a focus, HDR, autofocus, panorama to use the left to right and around it.

The device performance based on the Octa-Core MediaTek Helio P22 chipset then powered by the Octa-core processor it has a clock speed of the 2.0 GHz with the 4 GB inbuilt Ram and this phone has provided the architecture 64 bit there is ADRENO PowerVR GE8320 GPU amazing graphics available. 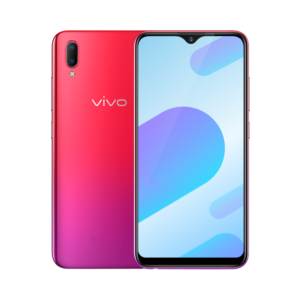 In the better condition of the battery backup, it has the capacity of the massive 4030mAh battery which has the Li-ion type of battery and USB OTG Support with users has a good experience. The phone has not the fingerprint sensor with other sensors to mostly use this device as like that Light sensor, Proximity sensor, Accelerometer, Gyroscope.

The smartphone will sell in the Indian market Rs. 17,790 with 4 GB Ram/128 GB internal storage of the available good colours Zixia Red and Aurora Red colour this phone looks the waterdrop notched display and so look very pretty device.

Tell us What did you think of this device. Let us Know in the comment Section Below. Stay tuned for More Further Updates.