Vivo launched its V9 Smartphone in India of Q3, Vivo is going to launched its Successor of Vivo V9 Pro Soon in India. Vivo V9 has been the direct competitor of Xiaomi, Nokia and Honor. it also competitive with its Sister Company OPPO with OPPO F7 With is Higher in Price than Vivo V9 Pro.

It has a 6.41-Inch Full HD+ IPS Display of Resolution 2280 x 1020 Pixel With and 19:9 aspect ratio, Like Vivo V11 it has Waterdrop notch on the top of the Display. The Display is a Super AMOLED Display Wit a 91.27% Screen-to-body Ratio. The Device is Powered By the 14m Qualcomm Snapdragon 660AIE Octa-core SoC Paired With 6GB of Ram and 64 GB of Onboard Storage Which is further Expandable via MicroSD Card up to 256GB. Which is Boosted With Adreno 516 GPU for Graphics Performance? 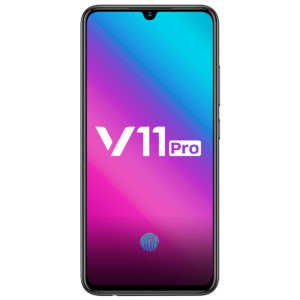 Vivo Could also Feature An Jovi Voice Assistant The Device Comes With all Basic Sensor Like Bluetooth, Wi-Fi, GPS and A-GPS along With Fast Dual Engine Charging Technology.