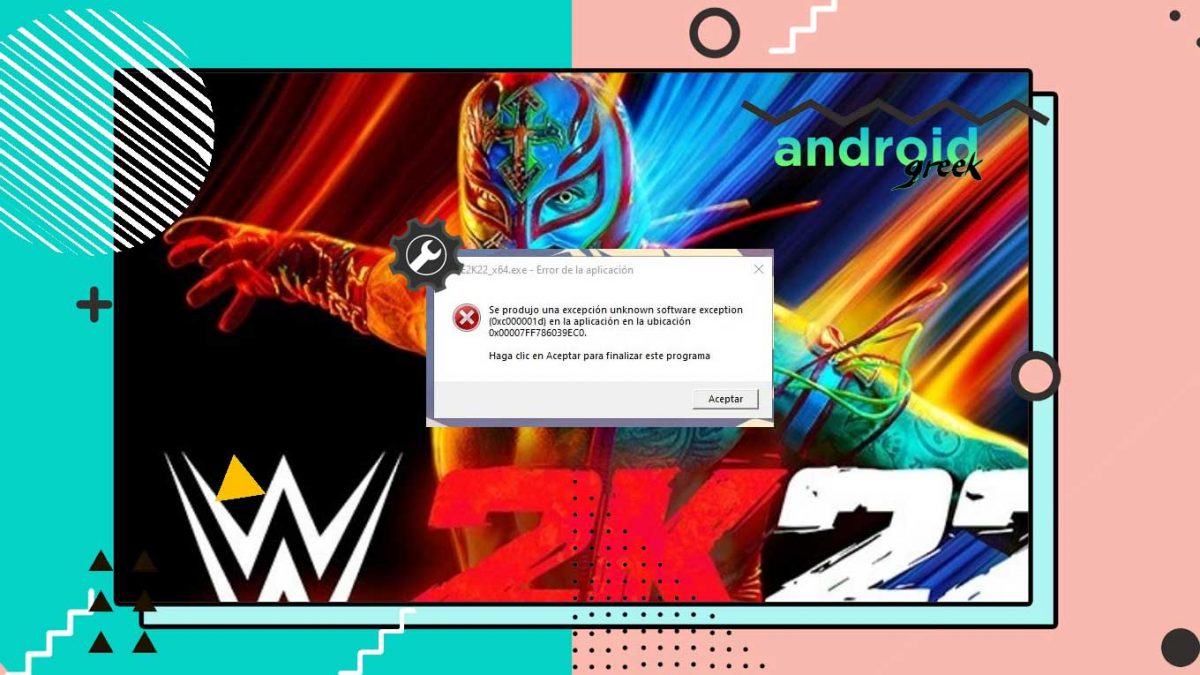 WWE 2K22 is a recently released video game that aims to provide a real wrestling experience to a large number of WWE fans. The game recently jumped to March 8th, 2022. The game was published by 2K Games and is available for the PlayStation 4, Xbox Series X, Windows, and various other Xbox Series.

Contents Show
1 How to Fix WWE 2K22 Error (0xc000001d)?
2 Check the Integrity of the Game Files.
3 Turn on Virtualization in BIOS
4 Recommended Post

Although the game got one month after its release, unfortunately, some WWE 2K22 users are reporting an error reading “0xc000001d“. They claim that while proceeding to launch WWE 2K22, the game crashed and expressed this error code. For that purpose, below we are sharing some proven fixes to solve the “0xc000001d” error.

You all know that it is a wrestling-themed video game, but the concept behind naming it 2K22 is something different. This one is the twenty-second overall instalment of the video game series based on WWE, the ninth game under the WWE 2K banner. It is also the successor to part of 2019’s WWE 2K20. But, similar to every newly launched video game, WWE 2K22 reports some error code “0xc000001d”.

As a result, some users posted on Reddit asking for the fix to the same problem. On that note, we tried to research the issue and identified a few common factors that might be a reason for getting this error code. But, before proceeding to those fixes, you must take a look at the Minimum System Requirement. If you have successfully met the system requirement and are having the same issue, take a look at the below factor, through which you will get a brief analysis of the same concern.

Check the Integrity of the Game Files.

Sometimes, your PC loads those files that get corrupted during the installation. Afterwards, whenever you launch the game, it crashes and displays some error code like this one. For that purpose, you need to verify the integrity of the game files. As it helps your game’s internal files to be processed and make the game run for you. However, if you don’t know how to verify the integrity of game files, then have a look at the below steps.

Turn on Virtualization in BIOS

However, these gaming titles are prepared with the utmost security and performance improvement concepts. But, to offer a secure case, enabling virtualization in BIOS is considered a working fix for 0xc000001d. If you are disappointed with the above fix, you can take a look at the below steps to execute this one.

Overall, these fixes are found to be the best proven solutions for the given WWE 2K22 error. However, if you are looking for official support, then you will need to wait for some time. And, if you are facing any issue with the above-steps, then ask them in the below-mentioned section.