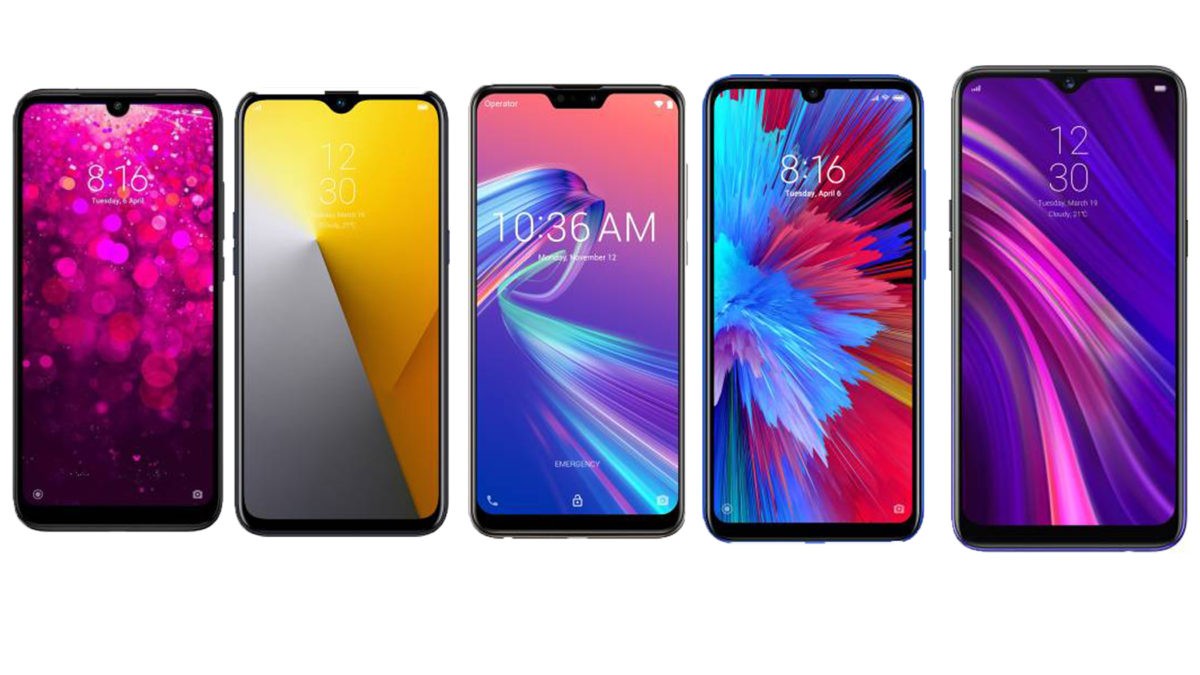 According to Androidgreek, Top 5 Best smartphone under 10,000 INR with latest technology and lots of new features that is ASUS ZENFONE MAX M2, Realme 3, Realme 3i, Redmi Note 7,Redmi Y3. These Smatphone Comes with Dual Rear Camera and Single front camera

There is an Another variant as ZenFone Max M2 comes With 6.3-inch IPS LCD of HD+ Resolution of 1520 x 720 Which is 2.5D Glass. It is Powered by octa-Core Qualcomm 14nm Snapdragon 632 64-Bit Soc With Adreno 506. This chipset is Coupled With 3GB and 4GB of LPDDR3 Ram alongside With a 32GB and 64GB of EMC Storage. Storage can be Further Expandable up to 2TB, With a 100GB of Google Drive Storage for 1 Year. There starting price is 7,999 INR 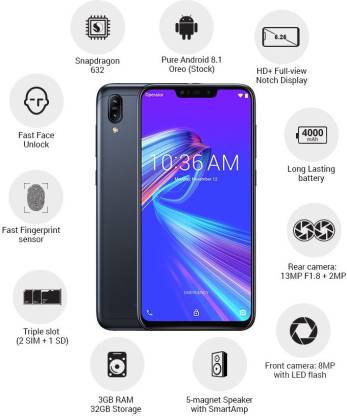 Realme 3i powered by MediaTek Helio P60 processor. This chipset coupled with 4Gb Ram with 64Gb storage, which is further increased up to 512 Gb storage via using MicroSD card. It runs the ColorOS 6 on top of Android 9 Pie out of the box.

This device has powered by Qualcomm Snapdragon 632 Octa-core processor. This chipset is coupled with 3GB RAM with 32GB of storage, and 4GB RAM with 64GB of storage.  Which have enough to download to your data music and videos and also further increased up to 512GB, which gives better performance and you can easily use multitasking for apps in this device without hang problem. It comes with MIUI 10 based on Android 9 Pie. There starting price is 9,999 INR

For the camera, there is a dual 12MP+2MP horizontal camera setup on the back. for the front, 8MP selfie shooter. Both rear and front camera based on Al features, The Redmi 7 has a feature to  6.26-inch FHD+(720×1520 pixels) resolution display with a waterdrop notch. 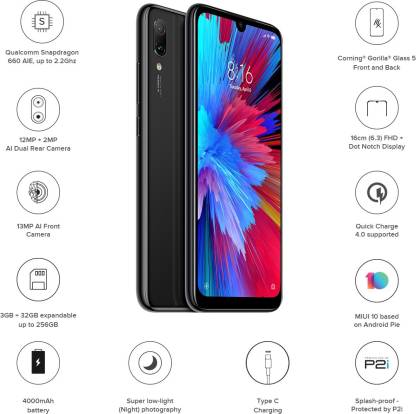 It has a massive 4,000mAh battery and Xiaomi claims this results in standby of 400 hours. The device supports a 10W fast charging and comes with AI optimizations to increase the backup fast.

It features to massive 4,000 mAh battery and powered by the latest Snapdragon 632 Soc with 4GB RAM variant. This device comes with new technology and new features and there have a triple rear camera and 32MP front camera. The Redmi Y3 has 6.26” IPS LCD Display with a 19.5:9 aspect ratio with a tiny water notch and for protection their is Corning Gorilla Glass 5. There starting price is 9,565 INR

Furthure, Redme Y3 has the latest Qualcomm Snapdragon 632 chipset with Adreno 506 GPU. The chipset 14nm FinFET, with Up to 1.8GHz speed. This chipset coupled with two different RAM variant 3GB+32GB and 4GB/64GB storage on their Board. It has run the latest Android v9.0 (Pie) out of the box.

The Redmi Y3 has a dual camera setup with a 12MP+2MP AI Camera. This device has 1080p support video recording with slow motion. It shoots HD photos and clicks pictures. For Front, there is a 32MP clearer and prettier selfie camera 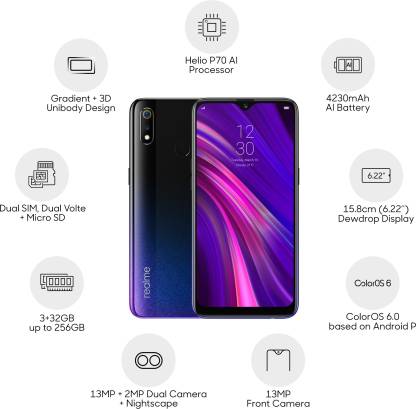 Moreover, there was a massive 4230 mAh battery. In term of the camera, the rear camera is has a 13 MP + 2 MP camera CMOS sensor supporting a resolution of 4128 x 3096 Pixels and the front snapper is powered by a CMOS sensor.