What is the untold Story of Erangel 2.0 Remastered Mystery Solved? True! 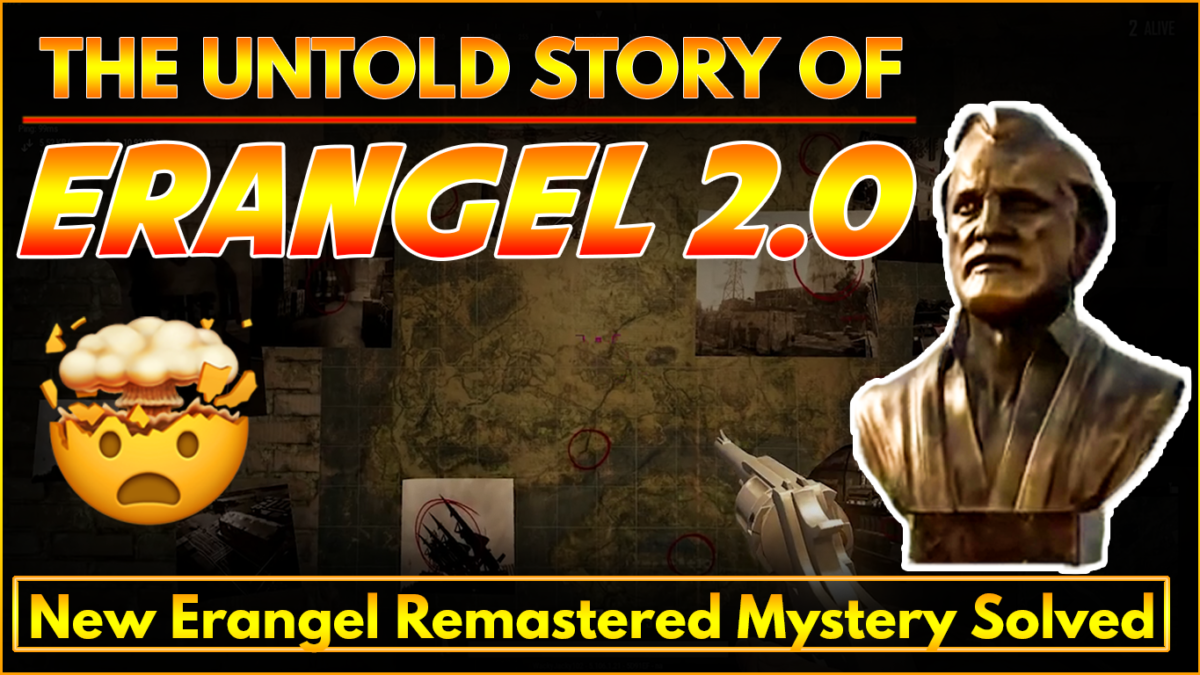 Hey, GamingFUNDA Welcome you all. There is always a Story Behind PUBG Maps, This Time Erangel 2.0 Map Include Some of Best Clues and Secret.

The Story Starts From an Island Named Erangel Located in the Black Sea. In Past Since 1950, The Island Was Under Soviet Union and Used as an Army Installations.
This is a Reason Why We find Military Base, Hospital and Storage Facilities.

The Resistance of Island Tries to Get their Island Back from the Local Self Governments. In the End, Resident of Erangel Failed to Get the Island and Later Erangel Was Neglected.

Around the Erangel Soviet Uni’ Generated their Magnetic Field, Which used to take Control Over People Who Try to Oppose them. Known as the Blue zone in the Game. Looking to the Images and Statue Have Belonged to the Chief of the Soviet Union.

There Were Hanging Clothes When the Text in Russian as Freedom and Liar all around the Building on Erangel. In this Case, There Were Many Statue around the Map With their Flag as Well.

The Chief of Military is Forcing People to Follow their Rule, Better Known as Dictator. Initially, They Promised to the People to Develop their Island. But With Time they Start Controlling over the Island and Capture the Whole Island.

Not Even that, They also Used to do Experiment Some Dangerous things on this Island’s People. Those People Whoa are Oppose them and Raise Voice against Him, Military army People Capture and Put them into Prison. People From island Wants to Get Freedom and Started Resistance Movement as Well.

Chief of Union Soviet Order to Make Some Secret Basement and Planned to Destroy the Main and Soul Parts of the Soviet Union. The Images on the Basement are Clearly Suggest that they have Belonged to Attack. One Tower from the Image is Clearly Destroy as Hinted from the Basement.

After the Attack People of Island Died and those People are Still Alive are Still Fighting for Food, Using Military Weapons to Kill other. Those People are Fighting are Non-Other than Us, What We are Doing the Same in this Island.

Thanks for Being With us, Share your Opinion and Details with us in the Comment Section Down Below. Also, help us to Explore More. Stay tuned for More Further Updates.

Ok so all of this connected somehow but I dunno if its true the thing is u say the people were sent to prison, then look at the story of Miramar it is exactly based on prisoners maybe it is some how connected also, but I have no proof on this, sanhok is based on hitler maybe that is also connected. but one thing that I know is that all of this is definitely connected to the illuminati