Samsung Released its New Poster about the Upcoming Phone event in Wuhan, China on November 19th. That Poster Unveiled the Upcoming Foldable Smartphone Namely as the W20 5G. Where the Device Will is an Upgrade over Galaxy Fold and Will be Quite Similar to Samsung Galaxy Fold.

It Will is a Horizontal Foldable Smartphone With a Side Mounted Fingerprint Scanner and to be Housing a Triple Rear Camera. However, it also Equipped With 5G Cellular Connectivity.

Recently, This Device is been Listed on TENAA With an internal model Number SM-W2020. It Reveals that the Hinges Were Placed on the Right Side, While Volume Rockers, Fingerprint Scanner and Powe Button Were Placed on the Left Side of the Smartphone.

Furthermore, The Device Sharing the Same DNA From the First Generation Galaxy Fold. As this is a Taller Smartphone and Can be Easier for One-Handed During its Unfold. Unfortunately, TENAA Didn’t List the Unfold Images of Galaxy W20 Display. 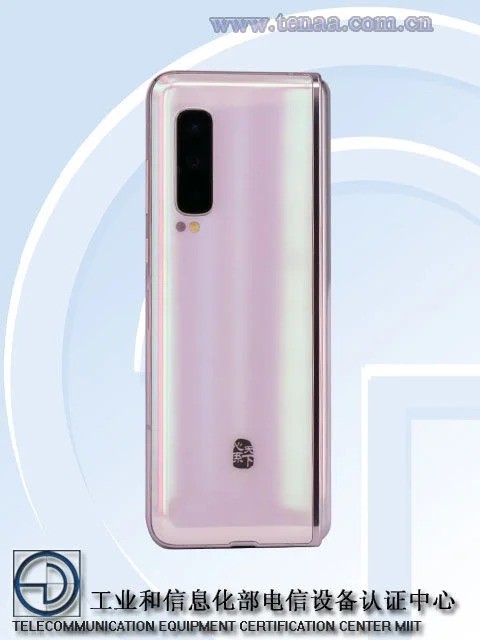 Therefore, It Comes with a 4.6-Inch Secondary Display and to Be Packed a Massive 4380mAh battery. Meanwhile, The Dimension of the Device Measured as 160.9 x 117.9 x 6.9mm. Moreover, As of now, We have these Specs List. According to Some Rumors, The Galaxy W20 Housing the Same Camera Sensor. We Have Seen in Galaxy Fold.

It Will Run on Android 9.0 Pie out of the Box and the Device Might Feature a Fast Charging. The Primary Display is been Using a 7.3-Inch Dynamic AMOLED Display,
Which Fold Inwards. We Belive it Will be Powered by Qualcomm Snapdragon 855 Soc Coupled With 12GB of Ram and 512GB of Onboard Storage.

Thanks for Being With us, Share your More valuable opinion and Feedback in the Comment Section Down below. Stay tuned for More Further updates in Future on Same.