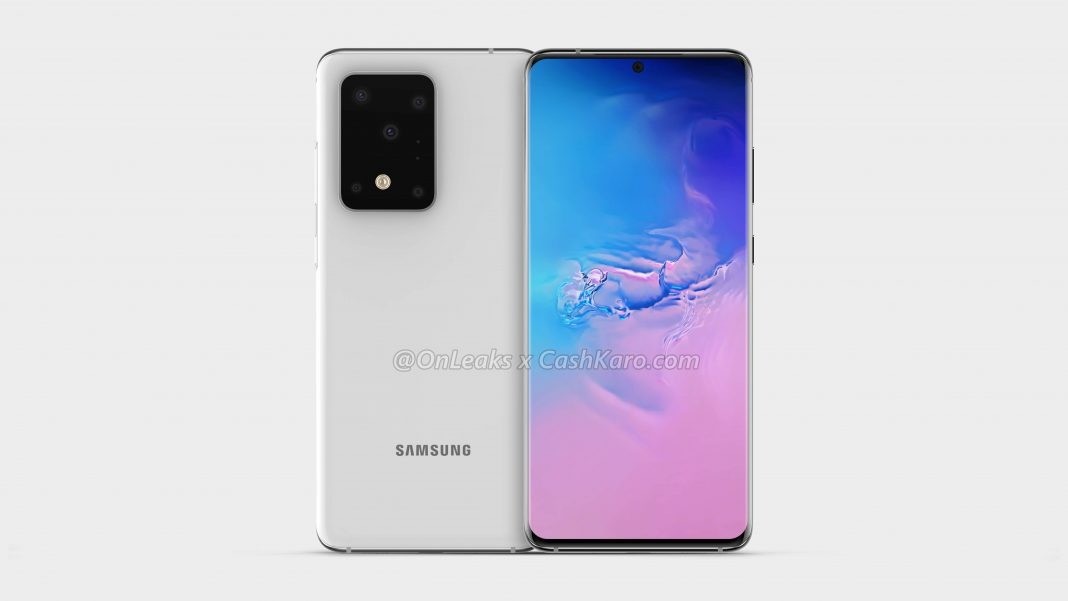 Samsung Flagship Smartphone Scheduled to launch on February 11 at Samsung Unpack 2020. Whereas, The Samsung Galaxy S20 series will be launch alongside the Samsung Z Flip. Which is a Second generation foldable smartphone Its an Clamshell design. Meanwhile, we already have seen the galaxy S20 CAD Based render but First, the live image of Galaxy 2020 Device.

First thing first, It is Quite Minimalistic with a Smaller Bezels with a Central Infinity-O Curved Display of a 2.5D curved glass on the back. Also, if your country doesn’t have 5G, then the device has to support 5G Connectivity.

The Device looks quite identical as we saw in the renders and expected there was Quad rear camera setup. Where the camera setup is in the L-Shaped camera module. While the device has a volume rocker and a Power button but there is not a Bixby button, unlike the S10 series. According to Rumoured, there is a 12mp 1.8μm primary sensor followed by Ultra-Wide angle, Telephoto and Macro lens. 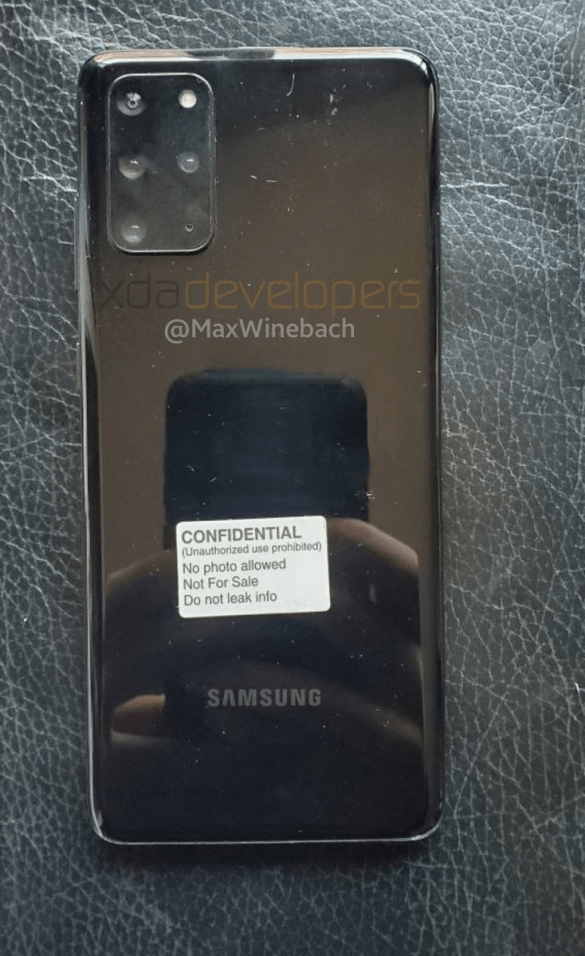 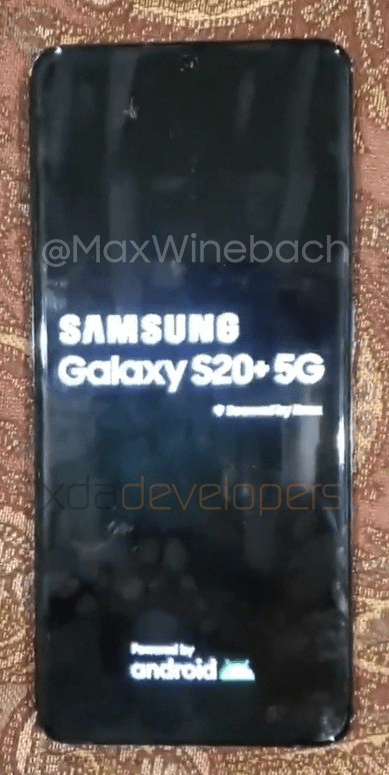 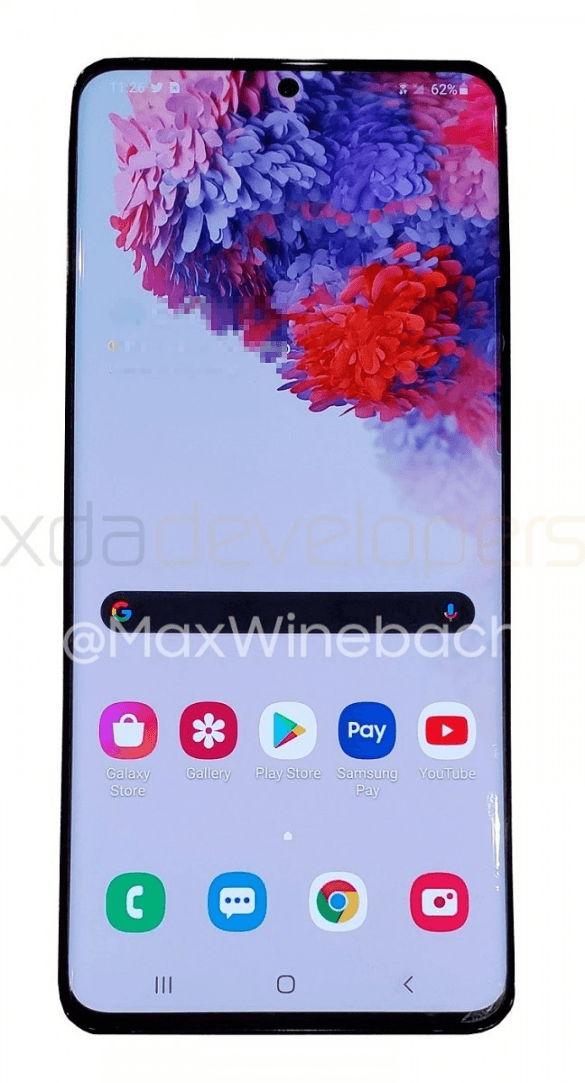 Not to mention, The Microphone also helps With Samsung’s Mic-in Zoom feature and there are Major improvements in Audio quality during video recording. There Will be a 5G and 4G Connectivity variant based on Region as same the device.

Under the hood, The Device is powered by Qualcomm snapdragon 865 Soc coupled with 12GB of ram and to be paired with Snapdragon X55 Modem to feature a Sub-6Ghz Connectivity. Also, there is an Exynos 990 chipset With 5G enabled. It Suggested the device to come with a Dual 5G and 4G variant appeared to be Same and it Supports mmWaves Frequency band for 5G.