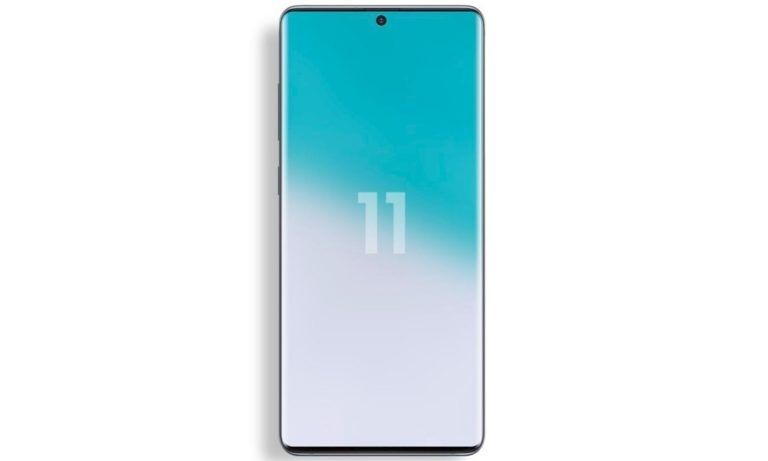 Samsung Will launched its Galaxy S11 Flagship Series Next Year and there Will be Galaxy S11, Galaxy S11 Plus and Galaxy S11e. The Samsung Galaxy S11+ is been spotted on CCC Certification and unveiled Some of the Key Specific of the Device.

Which Revealed the Device Will be Bundled With 25W Fast charging in the Box and the Internal model Number of the Device is Different as it was an (SM-G9880). To Power the Device, It Equipped With and 5,000mAh battery.

According to Rumors, the Device Will be Featuring a 108MP Samsung ISOCELL bright GW1 HMX and Capable of Recording a Video at 8K. Not to Mention, There Will be a MicroUSB Type-C port for Data Sharing and Charing.

Samsung Upcoming Series, The Samsung Galaxy S11+ With an internal Model Number (SM-G986) is been spotted on Geekbence. Where the Device is been Powered by Samsung’s in-house Exynos 9830 Soc. Also, There Will be another version and Which Will be Powered by Qualcomm’s Snapdragon 865 Soc. Whereas, The Device Will be Sold based on
Region. 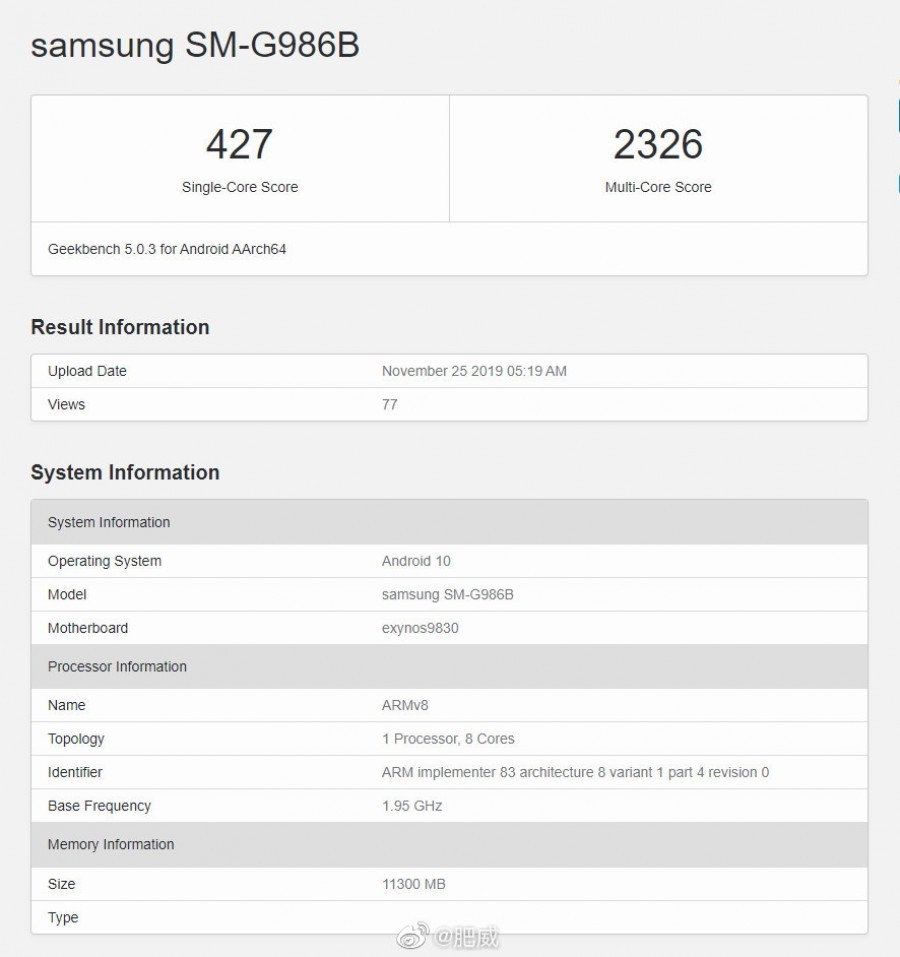 However, The Benchmark Unveiled the Chipset Will be paired With 12GB of Ram and there is Not a GB variant among Multiple Configuration. We Expected there Will be a More powerful variant to be Revealed at the Launch Event. The Device Will be Run on Android 10 based OneUI 2.0 out of the Box but on Geekbench it Runs on Older Version of One UI V10.

On the other hand, The Device is Still Unfinished and Been Single-Core Performance Shows the Result Results Lower than Exynos 9825. Not to Mention, The Hardware and the Software is Remains to Options. As this Might be a Samsung’s Top-Notch Flagship, then it Will Support Samsung’s 45W Fast charging as Well.