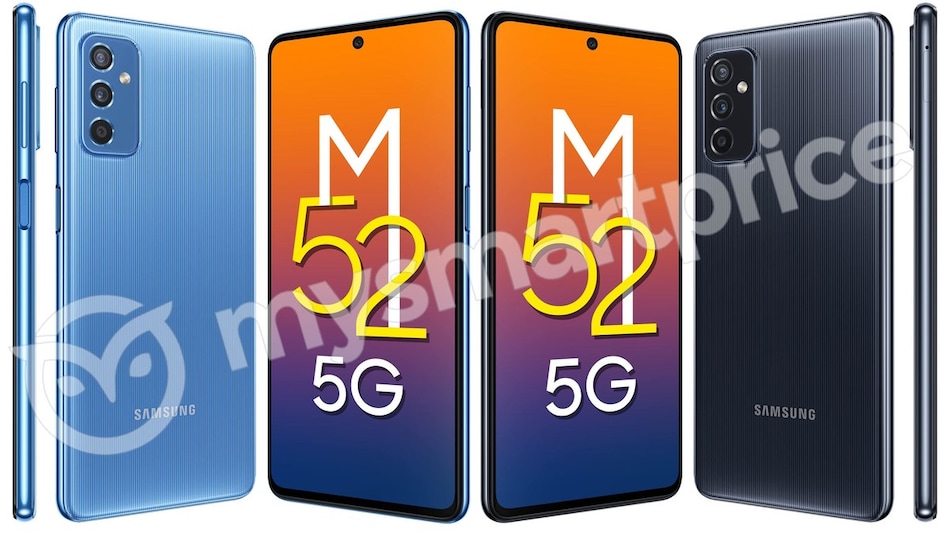 It had already been confirmed a couple of weeks ago by various certification listings that the Galaxy M52 5G smartphone will exist. It’s still unclear when the device will be launched, nor what its specifications are.

But it looks like that will soon change thanks to MySmartPrice, who sifted through some of the Galaxy M52 5G’s specs and revealed its first look.

Additionally, the phone comes with a slightly redesigned rectangular-shaped camera island that brings along a triple-camera setup and an LED flash. There will be a 64 megapixel main camera, a 12 megapixel ultra wide lens, and a 5 megapixel depth sensor, as we can see in this render. The Samsung Galaxy M52 5G will sport a regular-looking Infinity-O design on the front. Reports indicate that the front display would feature a FHD+ resolution along with a 120Hz refresh rate. Also on the front is a 32 megapixels selfie camera.

the Samsung Galaxy M52 5G is also said to be powered by an octa-core Snapdragon 778G chipset with 8GB of RAM and 128GB of onboard storage. You can still expand its storage capacity using a microSD card.

The device offers 15W fast charging, but there are no specifics about its battery capacity. Software-wise, it’s going to run Android 11 based on One UI 3.1.