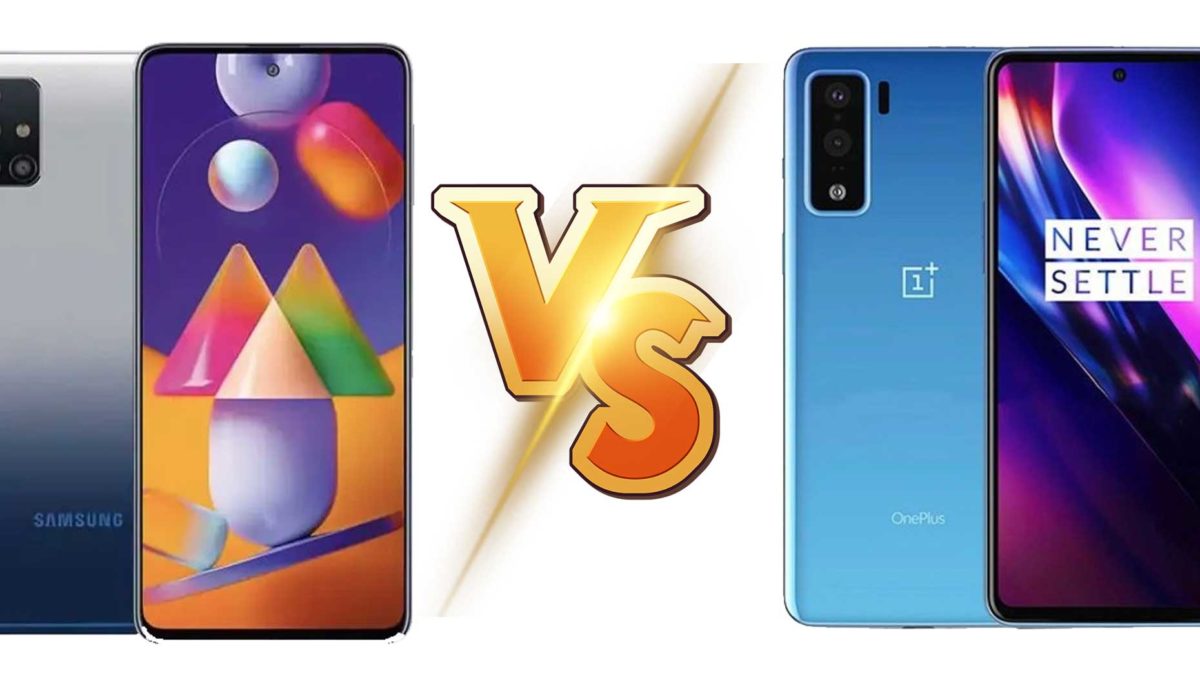 Under the hood, the device is going to be powered by the Qualcomm Exynos 9611 SoC Mobile platform. The chipset of the device paired with 8GB LPDDR4X Ram and 128GB onboard storage. The device has been running on Android 10 based custom Skin OneUI 2.0 out of the box.

While the OnePlus Nord has powered by Qualcomm Snapdragon 765G integrated with an Adreno 620. The chipset has been paired with a 6/8GB of LPDDR4X Ram and 64/128/256GB of UFS 2.1 Onboard storage.

In terms of camera performance, the Samsung Galaxy M31s having a quad rear camera module aligned vertically placed on the upper left corner of the device. The camera housing a 64-megapixel primary Sony IMX682 sensor with an f/1.8 lens, with a 12-megapixel secondary sensor which has has a 123-degree (FOV) ultra-wide-angle lens, also includes a 5-megapixel depth shooter and a 5-megapixel macro shooter. For Selfie, there has a 32-megapixel selfie camera sensor at the front.

The device comes with a 6.5-inch full-HD+ Super AMOLED Infinity-O Display. The device was likely to 420 nits of peak brightness. However, the device has a 2400 x 1080 pixel resolution. To Protect the screen, Samsung uses Gorilla Glass 3 Protection on the Screen. Meanwhile, the device having a side-mounted fingerprint scanner. Whereas, OnePlus Nord features to 6.44-Inch of Full HD+ display panel with a 20:9 aspect ratio featuring a 90hz of screen refresh rate. Meanwhile, the device includes an sRGB and P3 display support, and the device well protected with a corning gorilla glass 5. Furthermore, the device includes an optical in-display fingerprint scanner.

Sensors on the device include an accelerometer, a gyro sensor, a fingerprint scanner, a geomagnetic sensor, a hall sensor, proximity sensor, and an RGB light sensor. So, Connectivity options in the smartphone include 4G VoLTE, Wi-Fi 802.11 a/b/g/n/ac, and Bluetooth 5.0

Samsung Galaxy M31s starting priced at Rs. 19,499 for the 6GB RAM variant, while its 8GB RAM option priced at Rs. 21,499. The smartphone is available in Mirage Black and Mirage Blue colors.

Thanks for being with us we would like to know your valuable opinion and feedback. Suppose there is any query share with us in the comment section down below. Stay tuned for more for the updates in the future on the same.