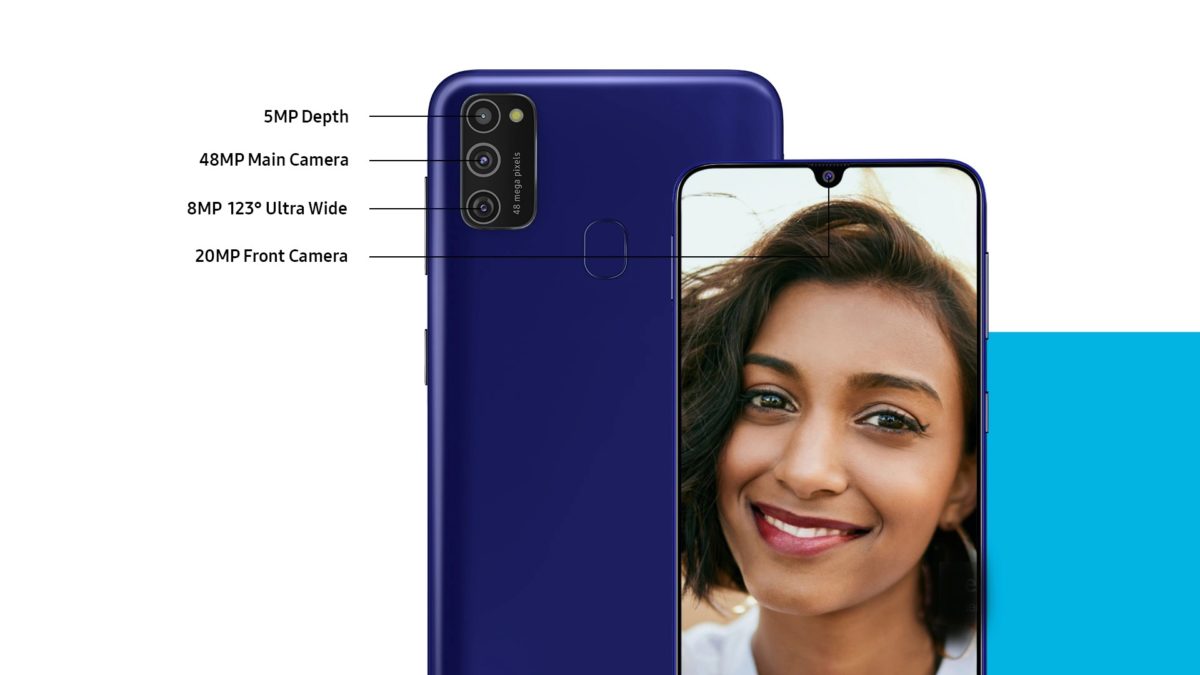 Samsung has officially launched its Galaxy M21 in Spain, where the device is going to be available to purchase from Amazon Spain, Componentes alongside Samsung eCommerce website. As the device already been launched but this device is aimed e for younger users. The device used to record promising so let’s take a closer look towards the device and no more about it.

It comes with a 6.4 inches of full HD plus super AMOLED display panel that having an infinity u display suggesting a waterdrop notch on the top of the device.

Under the hood the device has been powered by Samsung in-house Exynos 9611 mobile processor coupled with a 4/6 GB of RAM and 128 / 64GB of onboard storage.according to some reviews users might get

occasionally lag but reportedly the game would be able to run games at low settings. 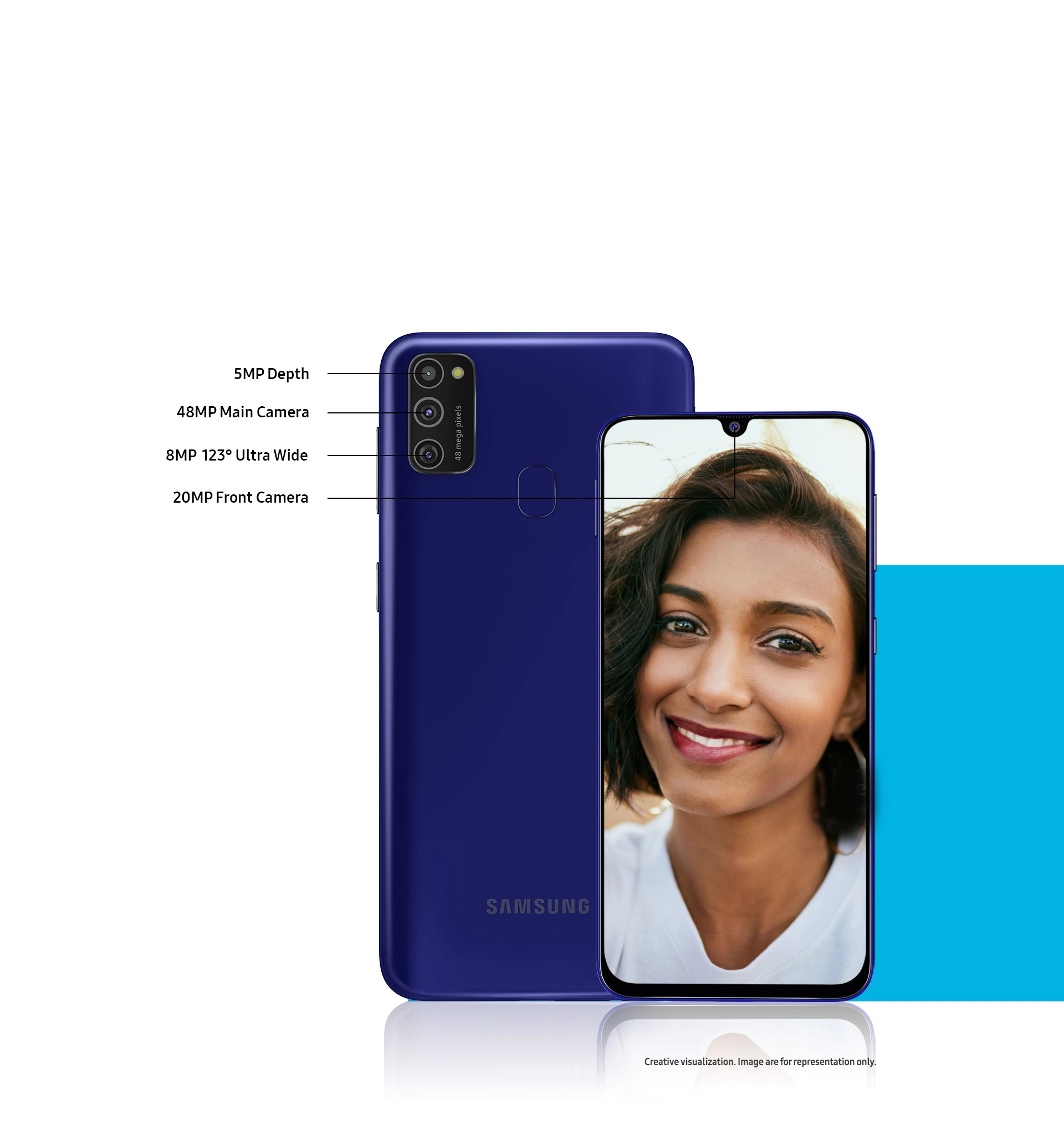 I am using in 15 watts of fast charging solution bundled in the box. However, the device will be available in three different colour variant as a Black, blue and green colour option. The starting price for the device would be to 229 euros for 4GB + 64GB, why does 6GB + 128 GB will be available later.

In terms of camera performance, the device having and triple rear camera module aligned vertically in an array camera module housing and 48-megapixel primary plus 8-megapixel Ultra wide-angle lens + 5-megapixel portrait lens while the front is having and 12-megapixel selfie Shooter hidden inside and waterdrop notch.

Furthermore, the device is running on Android 10 best custom skin one UI 2.0 out of the box, Samsung has confirmed that the device will get to measure operating system updates suggesting Android 10 12 Support.

Thanks for being with us we would like to lose your valuable opinion and feedback if there is any query with us in the comment section down below, stay tuned for more for the updates in future on same.

Samsung Galaxy A21s Reportedly confirm renders and specification suggest to be priced at €209.