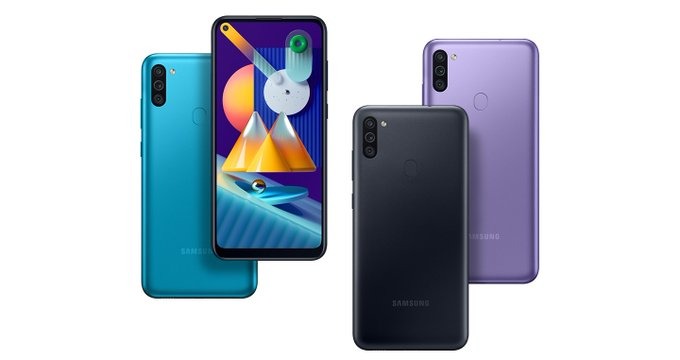 Samsung’s upcoming Samsung Galaxy M01, an entry-level budget smartphone that seems to be quite promising. The device has been surface online with is a specification and their rising ahead of official launch so let’s take a closer look towards the device and Know more about it.

first thing first the device will come with and 5.7 inches of IPS LCD display panel that support HD+ screen resolution. However, the device having and waterdrop notch on the top of the device and bringing and quite narrow bezel surrounding the display. 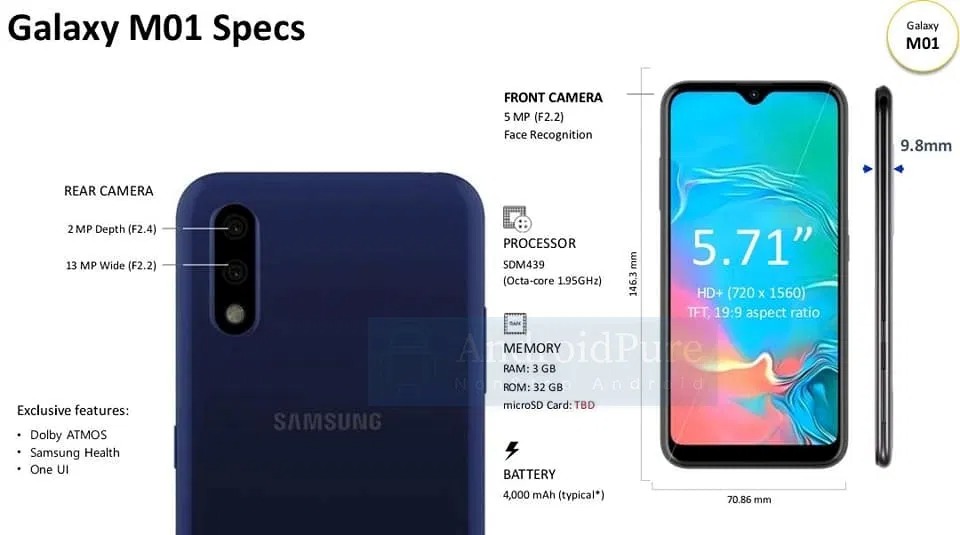 Under the hood, the device is going to

be powered by Qualcomm Snapdragon 439 mobile processor based on octa-core CPU with 3GB and 32 / 64 GB of onboard storage. Further, you can expand the storage using a dedicated MicroSD card slot and it runs on android and best custom skin OneUI 2.0 out of the box.

In terms of camera performance, the device is going to having and dual rear camera module housing a 13-megapixel primary + 2-megapixel depth sensor. As for connectivity, there is a dual-SIM card slot, Wi-Fi, Bluetooth, USB Type-C port, and a 3.5mm.

This device will come within 6.4 inches of IPS LCD display panel with HD resolution. There is a punch-hole camera control placed on the upper left corner of the device.

under the hood, the device is going to be powered by Qualcomm Snapdragon 450 mobile processor coupled with 3GB / 4GB of Ram and 32 / 64 GB of memory configuration. Obviously, you can expand the storage using a dedicated MicroSD card slot and it runs on Android 10 based custom skin oneUI 2.0 out of the box.

Additional, to power the device with 5000mAh battery using 15Watt of fast charging solution bundled in the box. The instant inductance of camera performance there is and triple rear camera modular housing and 13-megapixel primary + 5 megapixel Ultra wide-angle lens + 2-megapixel depth sensor a complete by led flash. While the front having an 8-megapixel selfie should upfront.

As for connectivity, there is a GPS, dual-SIM card slot, LTE, Wi-Fi b/g/n, Bluetooth 4.2, USB Type-C port, and a 3.5mm headphone jack. According to the report, the device initially comes with three different color variations as following black, blue, and violet color option.

Samsung will soon launch the #GalaxyM01 & #GalaxyM11 in India & I have got my hands on the official pricing for both these phones:

Note: These prices are for offline market. pic.twitter.com/t3v3A1DcfG

Thanks for being with us we would like to know your valuable opinion and feedback if there is any query share with us in the comment section down below. Stay tuned for more further updates and future on the same.