Samsung will launch its A-Series Phone that is galaxy A70. This device comes with a large waterdrop-shaped notch display with high resolution. It has Powered by an Octa-core processor. The Samsung Announced To launch event ahead of the ‘Galaxy A’ event set to be held on April 10. 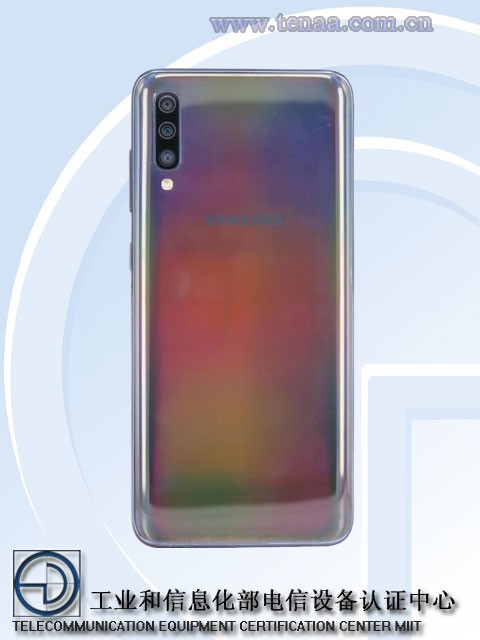 This device has a triple camera on the back and a single camera on the front. For Rear, There is a 32MP sensor with f/1.7 aperture 8MP ultra-wide sensor (f/2.2 aperture, 123 degrees) and last third depth sensor 5MP with f/2.2 aperture. For the front, there is a 32MP selfie sensor with f/2.0 aperture. This device has 6.7-inches waterdrop-shaped notch SUPER AMOLED type display with high resolution 1080*2400 pixel. Which support Full HD+ videos and shoot 4k videos.

The Samsung Galaxy A70 runs latest Android Pie based on Samsung One UI. It has Massive 4,500mAh battery with support for Super-Fast charging at 25W. Expected 25W charge come in the box. This device comes two different variants of RAM 6GB and 8GB, and Internal storage is 128GB on-Board which is expanded further up to 512GB via microSD card

Sensors on the device include an accelerometer, gyro sensor, a geomagnetic sensor, hall sensor, proximity sensor and RGB light sensor and this device has a rear-mounted In-display fingerprint scanner. Connectivity options in the smartphone include 4G VoLTE, Wi-Fi 802.11 a/b/g/n/ac, and Bluetooth 5.0. It has a 3.5mm Headphone jack and speaker on the back side.

Tell Us what did you think of this Device. Let us know in the Comment Section Below. Stay tuned for more Further Updates.