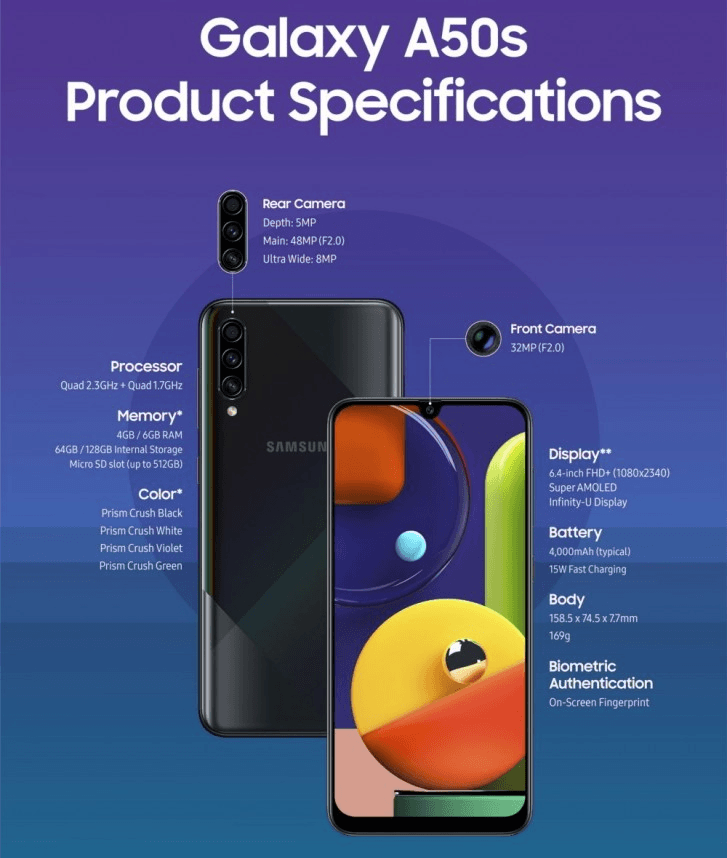 It comes with a 6.4-inch FHD+ Super AMOLED Display, Which is an Infinity-U Notch Design Display. The Rear Panel of the Device having a Holographic Pattern Design. The Device is been powered by the 10nm Exynos 9610 Octa-Core Soc Clocked up to 2.3GHz Coupled With a 4GB or 6GB of Ram along 64GB or 128GB of Onboard Storage. Also, you can Expand Storage Furter up to 512GB using MicroSDXC. 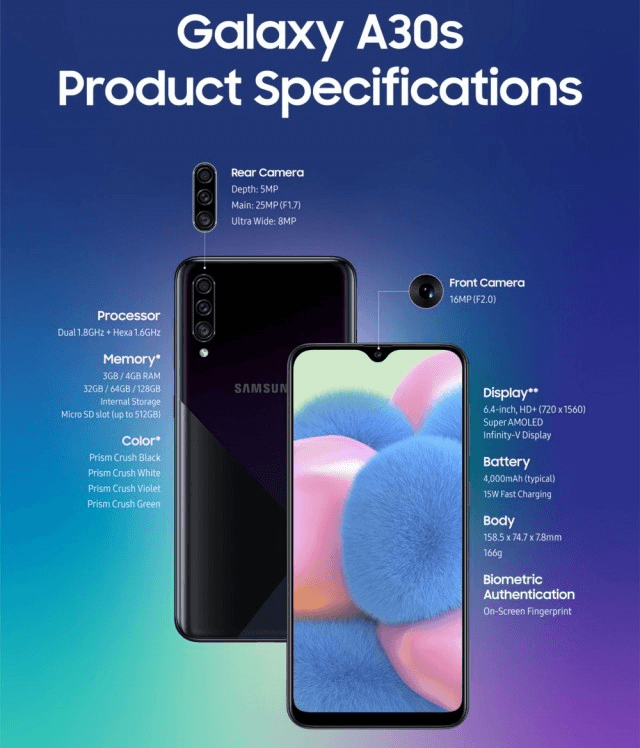 It Comes With a 6.40-inch Super AMOLED Infinity-V Display With HD+ as 720x1560px Resolution. It Having the Same Rear Panel Design. This Was Powered 14nm Exynos 7904 octa-core Clocked at 1.8Ghz Soc Coupled With 3GB or 4GB of Ram along 32GB or 64GB or 128GB of onboard storage. It also Supports the MicroSDXC Expansion up to 512GB.

There Were Some Common Thing Between these Two Devices as 4000mAh Battery using 15W Fast Charging via Micro USB Type-C. Moreover, it Features an In-Display Fingerprint Sensor for Security Authentication. This Will Initially Comes in Prism Crush Black, Prism Crush White, Prism Crush Green and Prism Crush Violet Colour Varient. Not to mention it Will be globally Launched Soon alongside in India.