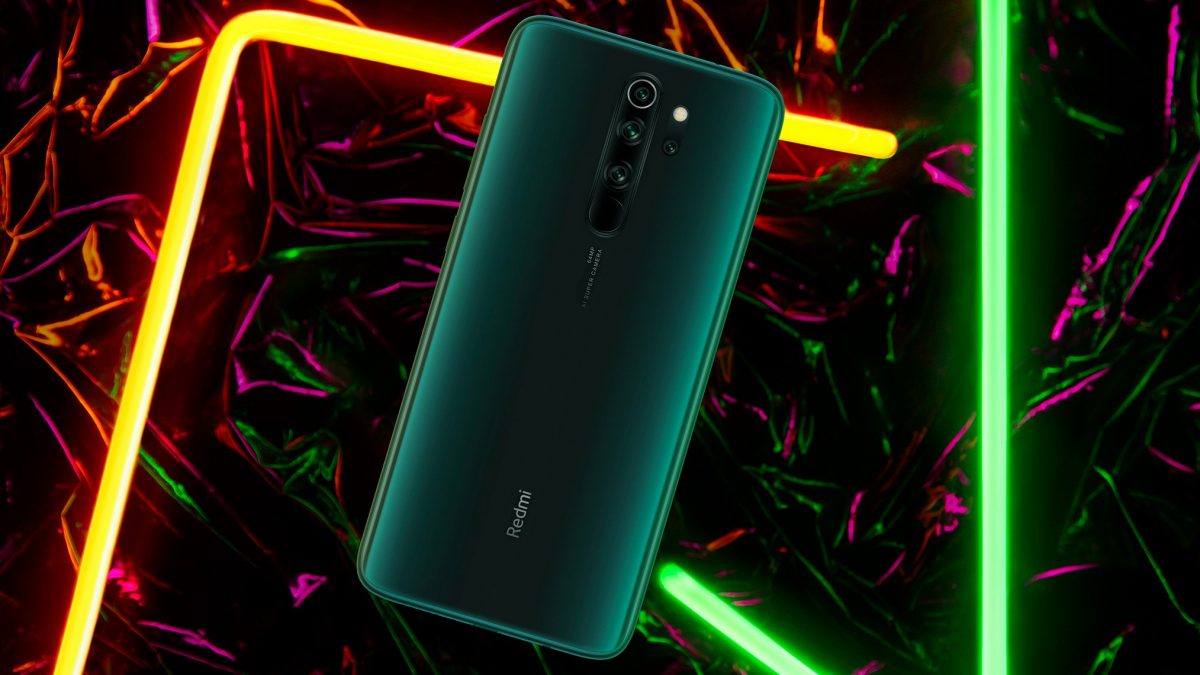 It comes with a 6.3-inch IPS LCD With a 2340×1080 Pixel Resolution With a Waterdrop Notch Display. Tanks to Waterdrop Notch it Achieved a Complete 90% Screen-to-body ratio of a 19.5:9 aspect ratio. Where the Display is Protected by TUV Rheinland Protection. The Rear Panel of the Device is Namely as an Aura Fluid Design With a Gradient Pattern.

Under the Hood, The Device is Powered by Qualcomm Snapdragon 665 Soc Coupled With from 4/6GB of Ram and up to 128GB of onboard storage. Even a first time in Redmi Note Series it Features an Expandable Storage via Dedicated MicroSD card Slot up to 512GB. Chipset is Booster by Adreno 610 GPU for Immersive Graphics Experience.

It runs on Android 9.0 Pie-based Custom Skin MIUI 10 Out of the Box. Meanwhile it Will be Getting an MIUI 11 Update before the End of this Year.

In the Terms of Camera Performance, It Comes with a Quad Rear Camera Setup Housing a 64MP Primary F/1.7 Samsung ISOCELL BRIGHT GW1 + 8MP Ultra-Wide Lens of a 120° File of View + 2MP Depth Sensor + 2MP Macro Lens With a 2 CM of Facial Length.

The Device Pricing Starting at ₹9,999 for 4GB+64GB and Higher Variant Cost you ₹12,999 for 6GB+128GB. However, There Were Four Color variant as Neptune Blue, Moonlight White, Cosmic Purple and Space black.

This Device is Stunning and Powerful Gaming Centric MediTek Helio G90T Soc. First thing first, Rear Panel is a 3D Curved Glass Design and Well Protected by Corning Gorilla Glass 5. While the Design is Same But Refreshing Aura, Moreover it was a major Upgrade to fit in hand Very Comfortable.

It comes with a 6.53-inch Full HD+ LTPS LCD Display With a 2340×1080 pixel Resolution. Similarly, Waterdrop Notch Help to achieve a 91.4% Screen-to-body. The display panel is Well protected by Corning Gorilla Glass 5. 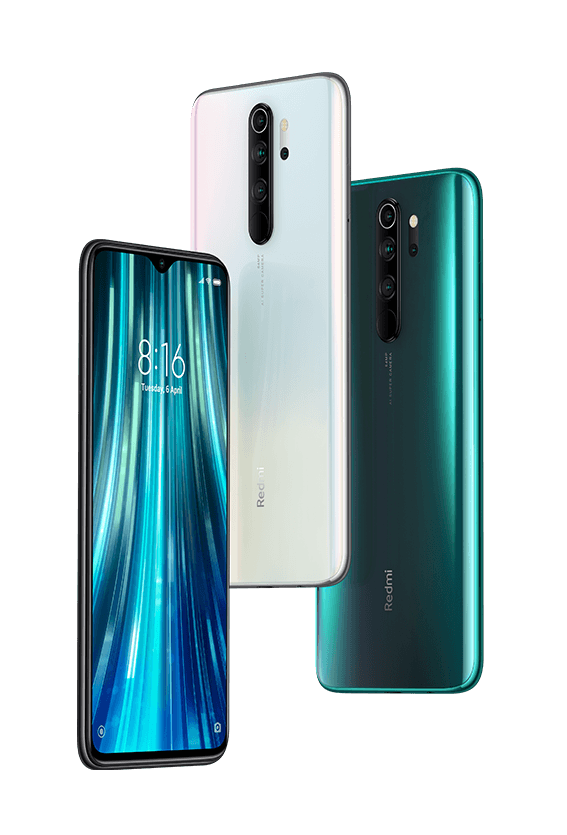 Under the Hood, The Devie is Powered by MediTek G90T Soc Couple With Starting 6/8GB of Ram and UFS 2.1 128GB of Onboard Storage. Where it also offers a Dedicated MicroSD Card Slot Exclusively for Indian buyers.

Furthermore, It also Having a Liquid Cooling Technology to Maintain Thermal Dissipate during Gaming. Where it also Having a Gaming Focused Features like Xiaomi Game Turbo 2.0 and MediTek HyberEngine. Chipset is Booster by Mali G76 GPU for Immersive Graphics Experience.

In the Terms of Camera Performance, it having the Same Camera Setup Found on Realme XT Housing a 64MP Samsung ISOCELL Bright GW1 sensor Primary Sensor + 8MP Ultra-Wide With a 120° + 2MP Depth + 2MP Macro With a Focal Length of 2 CM. While the front camera is a 20MP Selfie Shooter hidden inside a Waterdrop notch. It also allows you to Record a 960fps Slow-Motion Video Recording.

It runs on Android 9.0 Pie-based Custom Skin MUIU 10 Out of the Box and MIUI 11 Will arrive by the end of this year. To Power the Device it packed a Massive 4500mAh battery Using a Quick charge 4.0+ Fast charger Bundled
in the Box. It also Reaming the 3.5 mm Audio jack, Smart PA-Backed Speaker Module, IP52 Rating and USB Type-C Port. 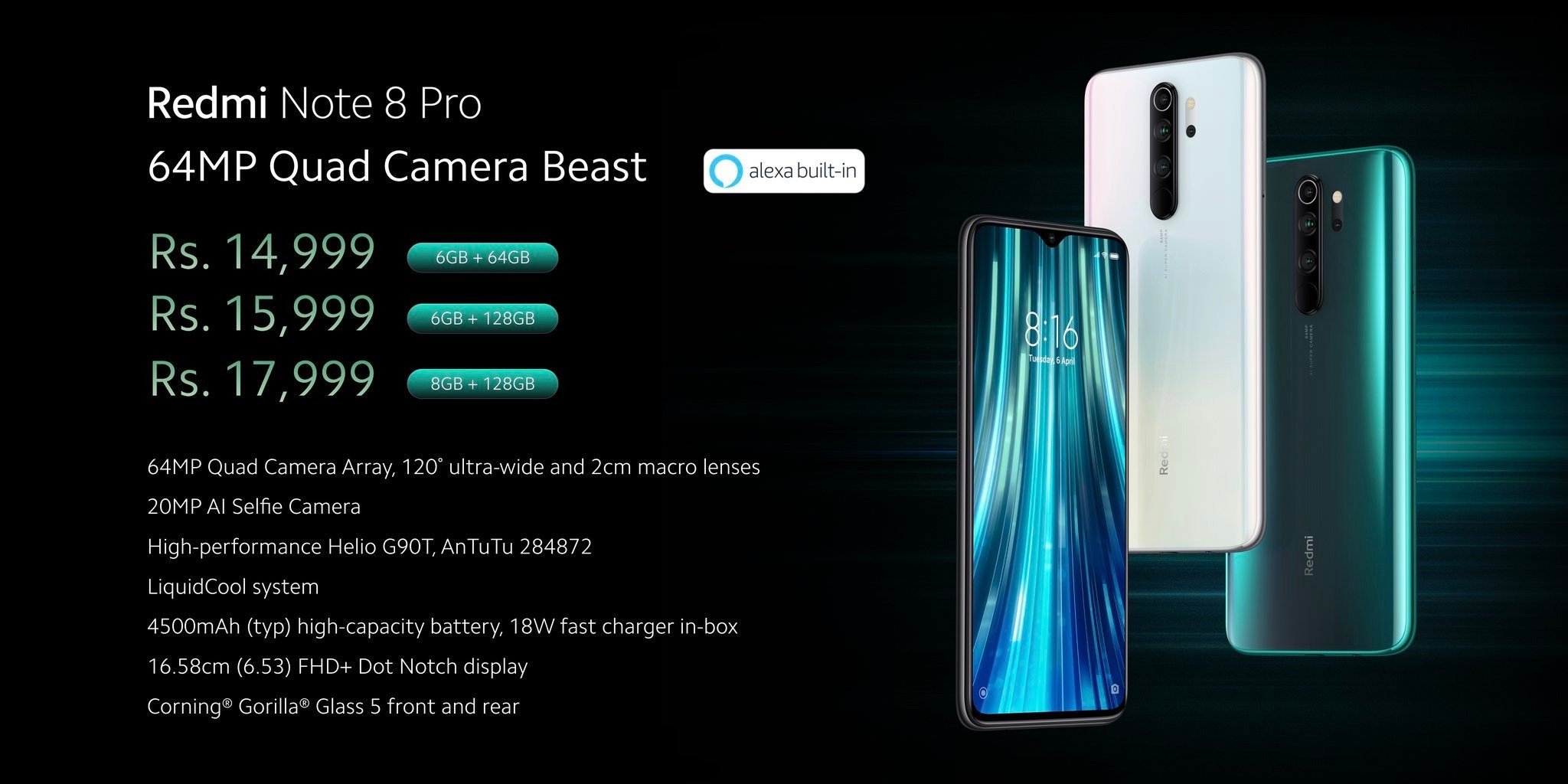 This Device Initially Comes in a 3 Color Options Namely as Gamma Green, Halo White and Shadow Black. Camer Also brings Some AI Features Like Portrait Mode and 3D Lightning among others. The Dimension of the Device Measured as 161.7×76.4×8.81mm and weighs 200 grams. There is Two Smart Assistance in-build in Devie itself an Alexa and Google paired With IR Blaster.

Both Assitance Work Fine, According to User Preference and they Will answer at Same time. Both Device Will be to go on sale from October 21st Exclusively on Amazon India, Mi.com.