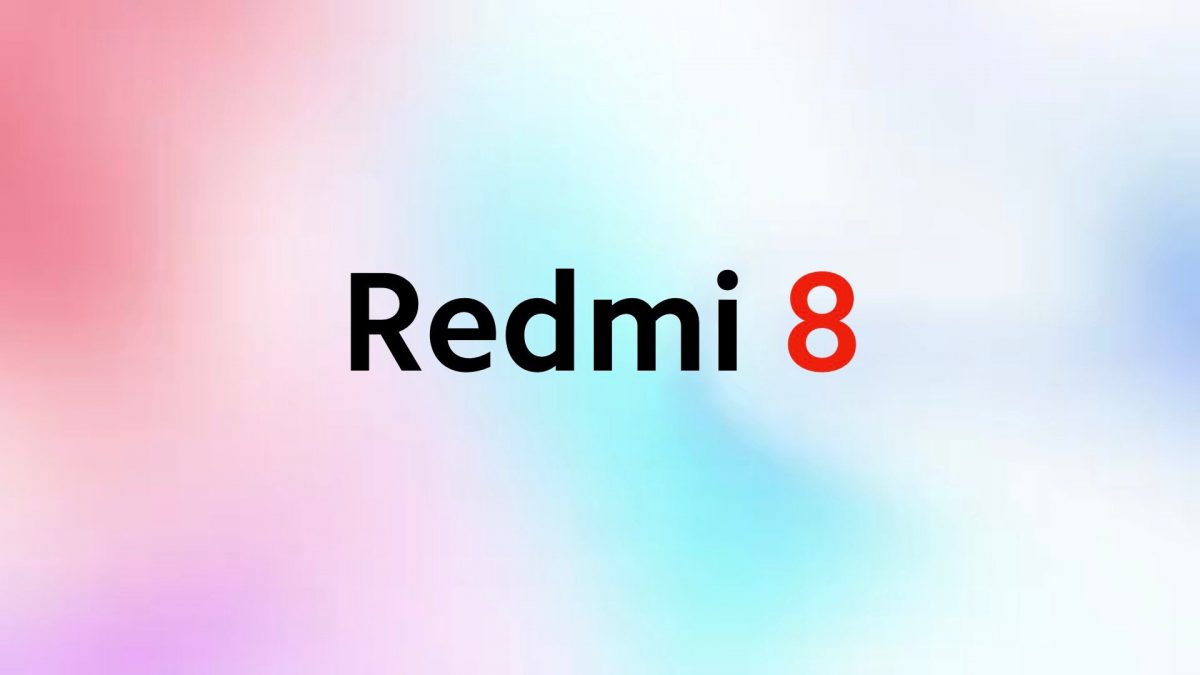 Xiaomi official launched its Redmi 8 Series With its Redmi 8 Smartphone in India. Which is an Entry-Level Device With Some Major Improvement alongside Dual Rear Camera Setup With Massive Battery. This is a Successor of Redmi 7 Device Launched this Year Back in April, Similar to Predecessor it having a Waterdrop Notch Display.

First thing First, The Design of the Devie is a New “Aura Mirror”. Which is a Reflective Rear Panel at different Light Angle alongside a Dual Central Rear Camera Module Vertically Placed. Just Down below there is a Rear-mounted Fingerprint, Just below the Lens Make a lot of Accidental Touches on Lense. No Worry, You Will going to Used to it in Sometimes. 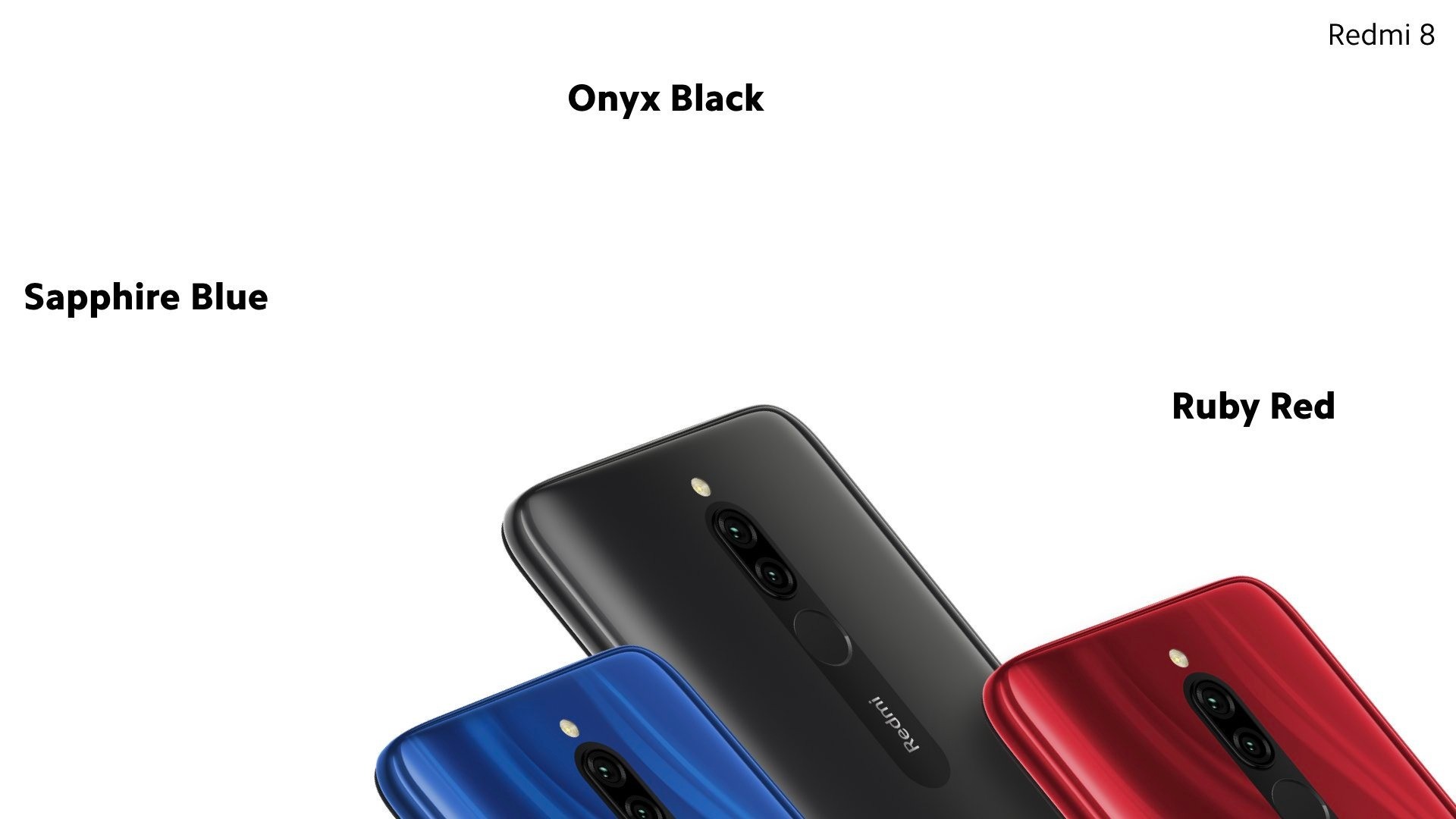 There Were initially Three Color Variant Oynx Black, Ruby Red, and Sapphire Blue colour. Where the Device is a P2I Coating on top, Which Means the Opening Ports are Tightly Packed With Rubber O-Ring. Which Doesn’t Damage a Device if you Spill Water on your Device Accidentally from Dust and Water.

It comes with a 6.26-inch Display With a Waterdrop Notch With a Narrow Bezels and the Redmi Branding on Chin. The Display used in the Device is an IPS (In-Cell) With a 1520×720 Pixel Resolution HD+ Screen at a Pixel Density of 270PPI. The Panel is a 2.5D Curved Display from Corners and Well Protected by Corning Gorilla Glass 5.

Under the Hood, The Device is Powered by Octa-Core Qualcomm Snapdragon 439 Soc Coupled With 3/4GB of LPDDR3 Ram and 32/64Gb of eMMC V5.1 of Onboard Storage. To Boost the Performance it having an Adreno 5050 650MHz Graphics For Better Gaming Performance. You can Expand Storage using Dedicated MicroSD Card up to 512GB.

To Power the Device, It Equipped With a 5000MAh battery Support 18W (5V/2A) fast charging. However, Xiaomi Did not Bundle Fast Charger you have to buy it Separately. Meanwhile, They Bundled a 10W Charger With a USB Type-C. On the Software Front, it Runs on Android 9.0 Pie-based Custome Skin MIUI 10 out of the Box. 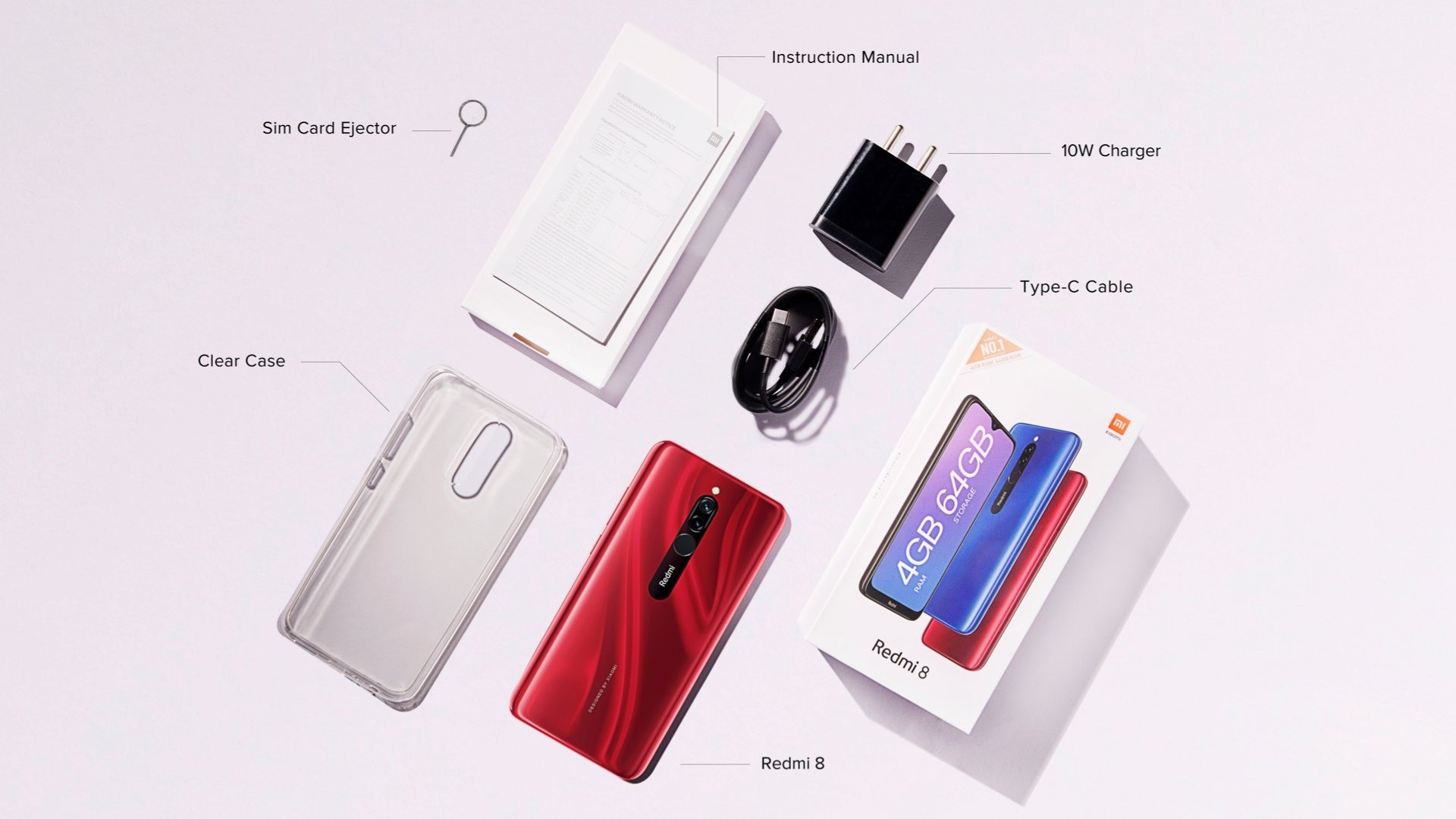 In the Terms of Camera, There is a Dual Rear Camera Module Housing a 12MP F/1.8 Sony IMX363 Sensor + 2MP Depth Sensor. While in Front there is an 8MP Selfie Shooter Hidden inside the Waterdrop notch. Where it having AI modes Like Portrait, Scene Detection, Selfie Portrait and Face Unlock. It allows you to Record Video 1080p @30fps and 720p @30fps.

Additionally, there is a Wireless FM Radio, IR Remote and 3.5mm Audio Jack on the Bottom of the Device. Which Makes Sense for Budget Oriented Device in India.

For Security, Using an AI Face Unlock Which is Not Secure Because it Using a Selfie Camera Instead of Dedicated Face ID Sensor. An alternative is Fingerprint Sensor using a PVD Technology for Biometric Authentication. As for Connectivity, it Supports Both 4G on both Slots VoLTE simultaneously. The Device Will be exclusively available on Flipkart, Mi.com and Xiaomi Offline Stores. 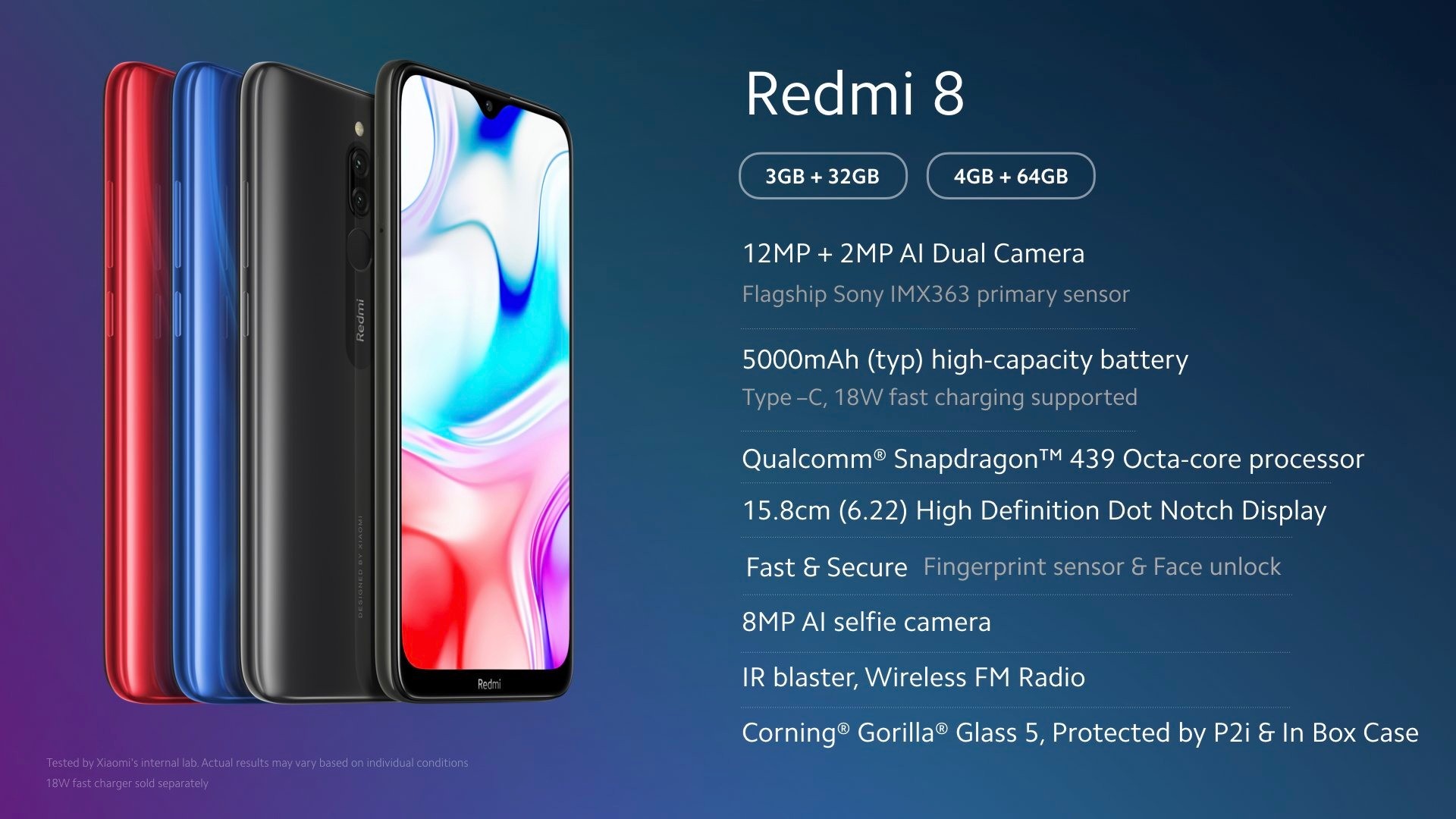 Of Course, There Were New things Like USB Type-C, Aura Mirror Design. Make the Mid-range Series Interesting With a Starting Price of ₹6499.

Thanks for Being With us, Share your More valuable opinion and feedback in the Comment Section down below. Stay tuned for more further updates in the Future.