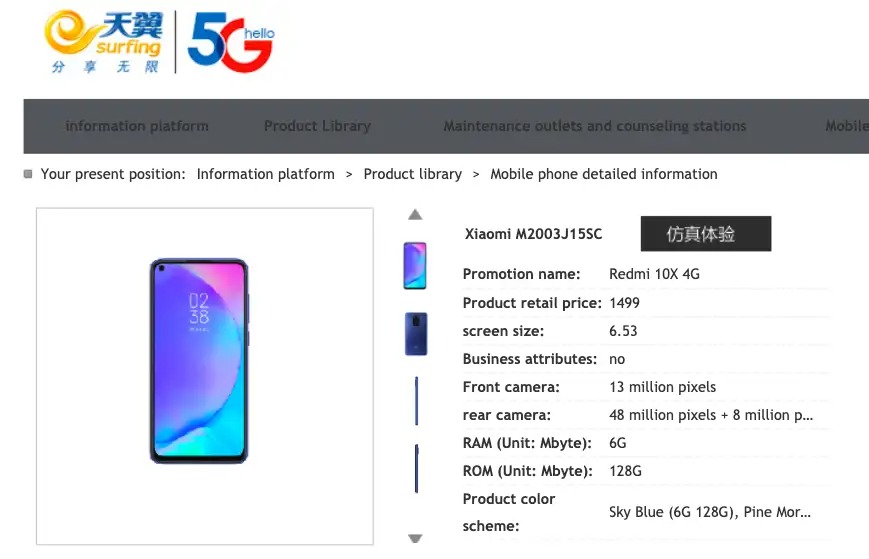 Redmi is working on there new smartphone called redmi 10X. There was the second report have been plate from Tianyi Telecommunications retailers in china, where the design of the device is quite similar to the redmi note 9 Pro but with slightly different. The device used to be quite promising, let’s take a closer look to the device and know more about it.

It will come within 6.53 inch TFT LCD display panel with Full HD+ resolution of 1080 x 2340pixels. the display featuring and camera cutout placed on the upper left corner of the device. According to the report, the internal model number of the device is Redmi M2003J15SC.

the hood, the device has powered by MediaTek Helio G85 Soc based on octa-core CPU and seems to be overclocked addition of helio G80. However, the chipset of the device is been paid with 6GB of Ram and 128 GB of onboard storage. Not to mention there was more variance will be there but likely not confirm as of now. Further, you can expand the storage Using dedicated MicroSD card slot. 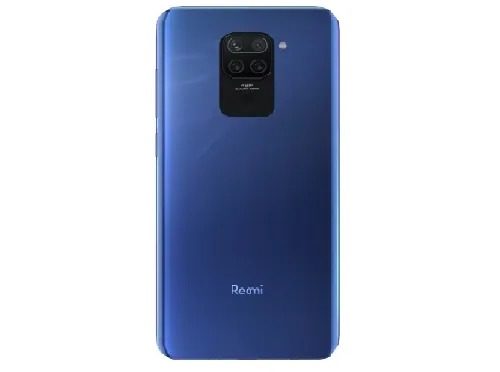 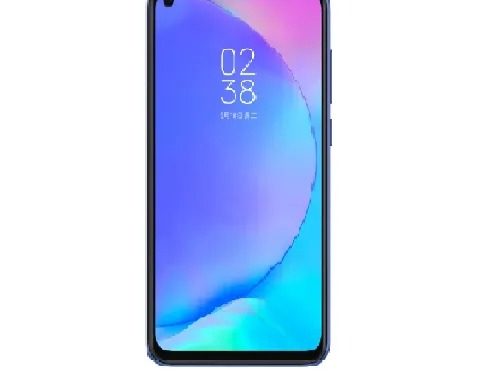 In terms of camera performance, there is a Quad rear camera module housing and 48-megapixel primary + 8-megapixel Ultra wide-angle lens + 2-megapixel depth sensor and 2-megapixel macro lens. Why the front having a 13-megapixel selfie shooter train inside the punch-hole.

Furthermore to power the device it with a 5020mAh battery Using a 22.5W fast charger. As for connectivity, there is a Bluetooth, Wi-Fi, 4G LTE, USB Type-C, and a 3.5mm audio jack. Additional the device runs of Android 10 based custom skin MI 11 out-of-the-box. Likewise, the dimension of the device measured as 162.38×77.2×8.95 and weighs 205 grams. On the other hand, the device is expected to be price at ¥ 1499 and it initially available in three different colour variant as Sky Blue, Pine Morning Green and Ice Fog White.