Realme C2s Officially launched With 4000mAh battery in Thailand for $43 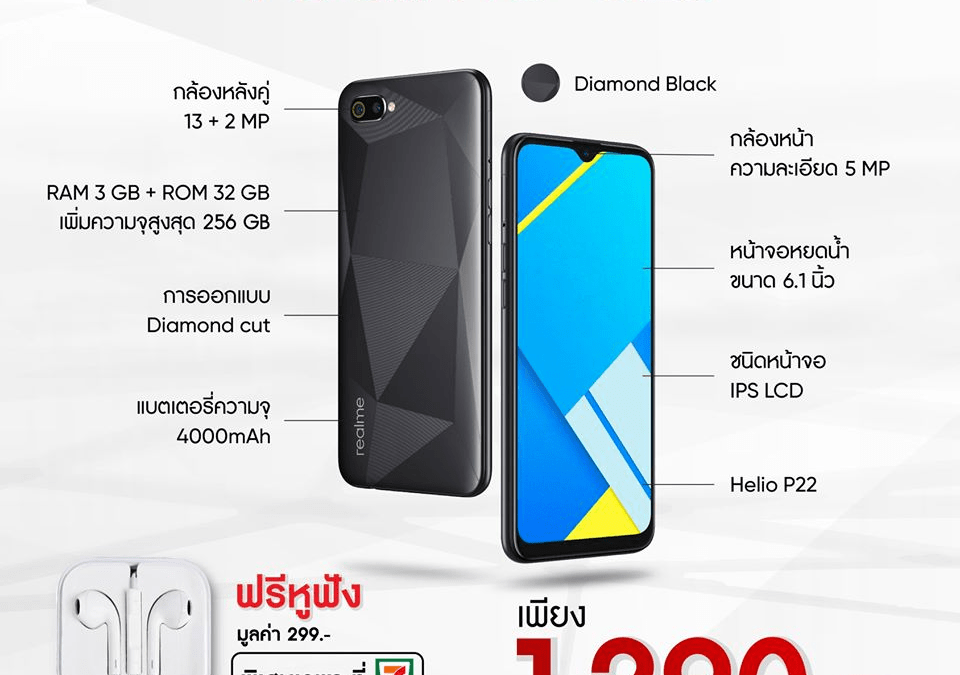 Realme 5, 5s and 5i and the Realme Cs arrived With Similar Specification or Say 2020 Edition.

It comes with a 6.1-inch IPS LCD Display With a 1560×720 Pixel resolution of a 19.5:9 aspect ratio. The Screen delivers an 80.3% aspect ratio, and the Device offers a  2.5D Curved glass with Scratch resistance protection.

Under the hood, The Device is Powered by a MediaTek Helio P22 Soc Coupled With 3GB of Ram and 32GB of onboard storage. The chipset is set to clock at 2.0GHz octa-Core and the expandable storage up to 128GB using MicroSD Card.

In the terms of camera performance, The Device comes with a Dual camera module aligned vertically placed at the top-left side of rear panel housing a 13MP Primary + 2MP Depth Sensor. While the front is a 5MP Selfie shooter packed inside a Waterdrop notch. The Device has a Chroma Boost feature mode gives vibrant pictures.

It runs on Android 10 based ColorOS 6 (Realme Edition) out of the Box. To power the device, it Equipped with a 4000mAh battery. The Device initially comes in a Diamond black Color tone. There is a Memory Configuration as 3GB+32GB and it will go on sale with a price tag of 1,290 Baht (~$43) across authorised 7-Eleven Stores and online partners from January 5th.

We Belive Realme C2s Will also going to debuted in Asian Market Soon because these regions have more potential for an Entry-Level smartphone. Likely, the upcoming event from Realme in India Could bring a Realme C2s.