After a Very Long Time, Panasonic launched its Two New mid-range Devices Smartphone in India. The Eluga Z1 and Eluga Z1 Pro. These Both Smartphone are Similar to Each Other in Specification  With its Design expect RAM and Storage.

It has a 6.19-inch HD+ Display of Resolution 720 x 1500 pixel featured With 19:9 aspect ratio with Notch on top of the Display. While the Device is Powered By the Octa-Core MediaTek Helio P22 Soc Coupled With 3GB and 4GB of Ram, Alongside 32GB and 64GB of Onboard Storage. Respectively Panasonic Eluga Z1 and Panasonic Eluga Z1Pro Variety, Which is Further Expandable Via MicroSD Card Up to 128GB.

The Device is Run over Android 8.1 oreo Out of the Bo With its Own Custom Skin on the Top of android, With ARBO Hub Which Offers an AI-Powered Hub to access Multiple app and Service on a Single Platform. As it has AI Machine Learning to Provide Some of the Basic Preference. 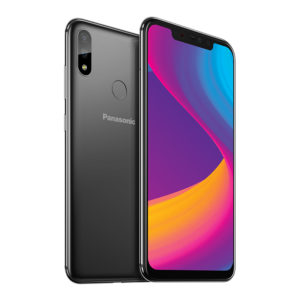 The Device is available in Three Color Variant Black, Gold and Blue in Color Which Will Go on sale from October 31 at the Price Tag of $199 for Eluga Z1 While ($239 for Eluga Z1 Pro.

Let us Know What did you think about this Smartphone, We are Interested to Know Your thoughts. Stay tuned for More Info.