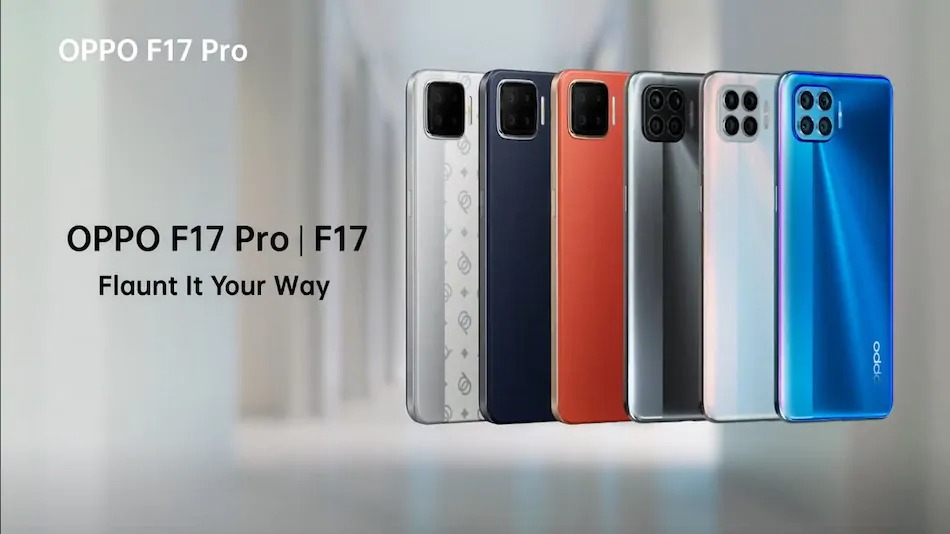 Oppo has launched there Oppo F17 series in India, hence the device to be featuring a Quad rear camera, ColorOS 7.2. The device seems to be quite promising, so let’s take a closer look at the device and know more about it.

First thing first, this is an affordable budget smartphone, and the device is to become with a 6.43-Inch of the display panel that to become with a Full HD+ display featuring a 1080 x 2400 pixel resolution. However, the device likely to be a 20:9 aspect ratio with a 60Hz of screen refresh rate.

Under the hood, the device is going to be powered by MediaTek Helio P95 Mobile platform based on an octa-core CPU paired with an 8GB of Ram. In the terns, if camera performance, the device is to become with a Quad rear camera module housing a 48MP f/2.2 primary + 8MP f/2.4 Ultra-wide angle lens + 2MP f/2.4 depth sensor + 2MP f/2.4 macro lene. At the same time, the front has a 2MP f/2.4 + 16MP, a selfie shooter.

you can expand the storage using a dedicated microSD card slot. As for connectivity, the device includes a 4G VoLTE, Wi-Fi, Bluetooth, GPS/A-GPS, 3.5mm audio jack, and the device also offers an optical in-display fingerprint scanner. To power, the device is going to be equipped with a 4000mAh battery using a 30W VOOC flash charge 4.0 fast charging solution bundled in the box.

On the other hand, the Oppo F17 is to become with a 6.44-inch display panel featuring a waterdrop notch, and the device has been running on Android 10 based custom skin ColorOS 7.2 out of the box. Under the hood, the device is going to be powered by Qualcomm Snapdragon 662 SoC paired with an 8GB of onboard storage.

In terms of camera performance, the device is going to become with a Quad rear camera housing a 16MP + 8MP ultra-wide-angle lens + 2MP Monochrome + 2MP depth sensor. While the front housing a 16MP Selfie shooter so far. Therefore, to power, the device is going to be equipped with a 4000mAh battery using a 30W of fast charging support bundled in the box. Moreover, the dimension of the device measured as 7.45mm thick and 163 grams of weight.

The starting price of the device starts with a Rs 22,990 for the Sole 8GB + 128GB memory configuration. The device is to initially come in two different color options following the Magic Black, Magic Blue, and Metallic White color option. However, there would be another offers the Oppo F17 available in 4/64GB, 6/128GB, and 8/128GB memory configuration.

Oppo F17 Pro is going to be available in countries from September 7th, and the device will be available for pre-order from later today so far. Thanks for being with us. We would like to know your valuable opinion and feedback if there is any query share with us in the comment section down below.

iPhone 12 surfaced online, But it was Pre-production