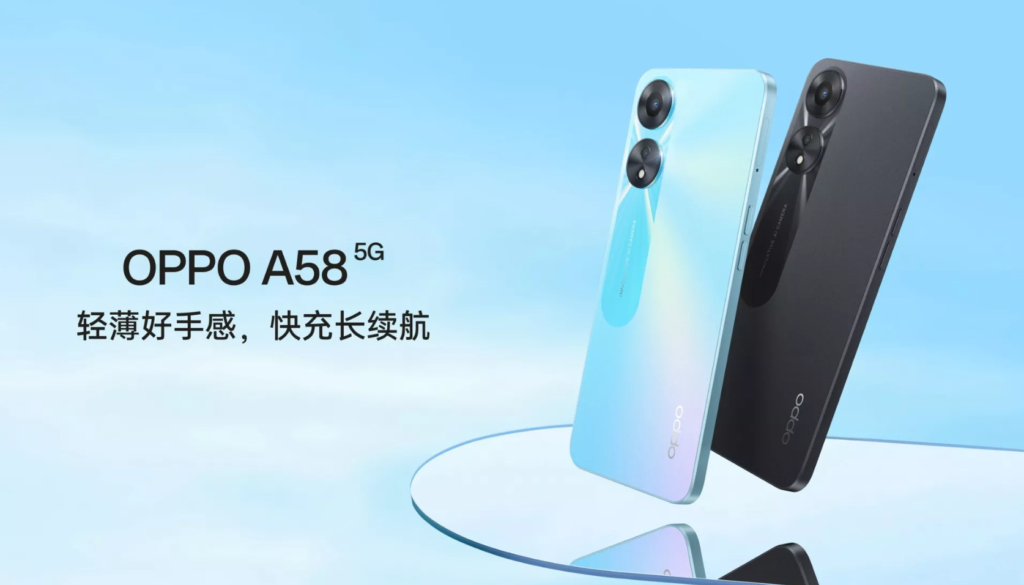 OPPO has announced the OPPO A58 5G smartphone as a successor to the April-announced A57 5G smartphone. Over its predecessor, the latest model features a brand new design language and several notable improvements.

Specifications of the OPPO A58 5G

There is a 6.56″ LCD display on the OPPO A58 5G that has a HD+ screen resolution and a 90Hz refresh rate. Additionally, the phone has an 8-megapixel front-facing camera with a waterdrop notch for taking selfies and video calls.

Across the back, there’s a dual-ring camera housing with a 50 megapixel main camera and a 2 megapixel depth sensor for portrait shots.

The OPPO A58 5G is powered by an octa-core MediaTek Dimensity 700 chipset, 8GB of RAM, and 256GB of onboard storage, which can be expanded via microSD.

The phone is powered by a respectable 5,000mAh battery connected to a 33W fast-charging system. Also included are a side-mounted fingerprint scanner and a 3.5mm headphone jack for wired headphones.