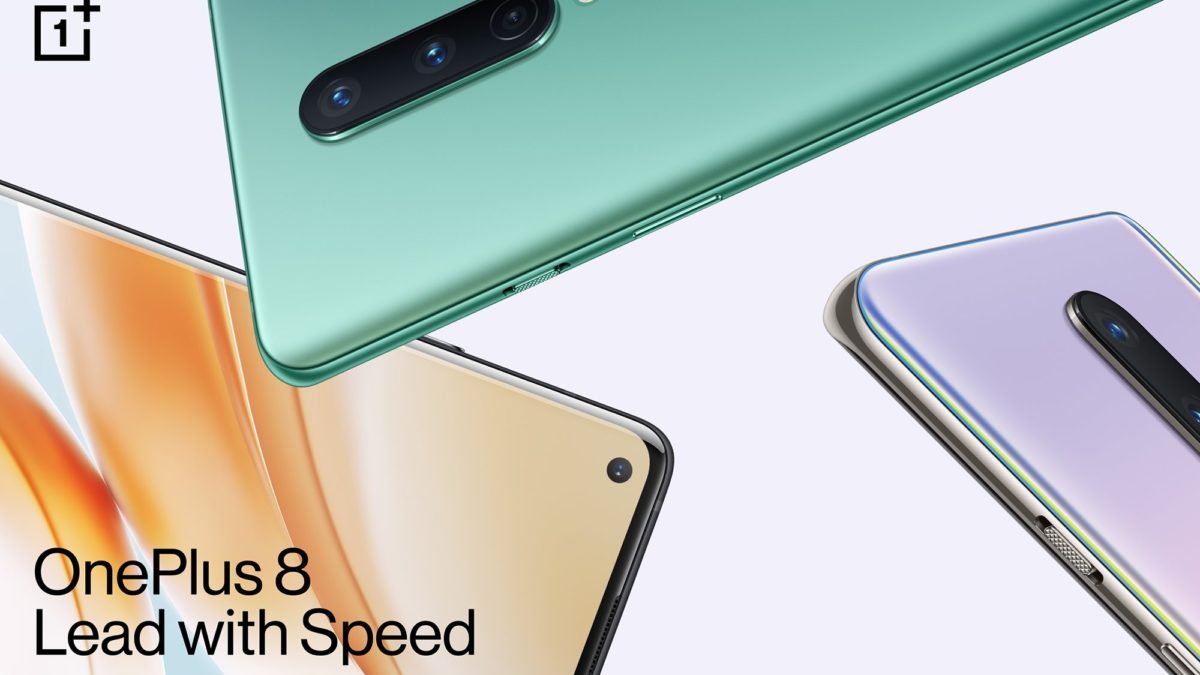 Starting with the design of the device, which seems quite similar to the OnePlus 7T pro. They have brought a minimalist design with a dual-curved display.

It comes with a 6.55-inch Full HD+ Display with a Full HD+ Fluid AMOLED Display panel featuring a 90Hz refresh rate. Meanwhile, the display of the device was accomplished by a 180Hz touch sampling. The screen supports a 1080×2400 pixel resolution of 20:9 aspect ratio, even though there is an HDR10+ Support.

well protected with corning gorilla glass 6 protection and the peak brightness of the device goes up to 1100nits of brightness. There is no much improvement expect the device having a curved display and a punch-hole camera cutout placed on the upper left corner of the device.

Under the hood, the device is powered by latest and greatest Qualcomm Snapdragon 865 Soc integrated with Qualcomm X55 modem to give a dual-mode SA/NSA 5G connectivity. However, the chipset of the device paired with up to 12GB of LPDDR5 Ram and up to 256GB of UFD 3.0 onboard storage.

Furthermore, there has to be a new turbo white and hist performance booster technology to deliver an immersive experience. It runs on Android 10 based custom Skin OxygenOS 10 out the box. Where it brings some new features such qs Dark themes a dynamic waller, Live captions and almost more than 280 optimisations have been done on the software front. Notably, the device also going to support Amazon Alexa, Google Stadja out od the box. 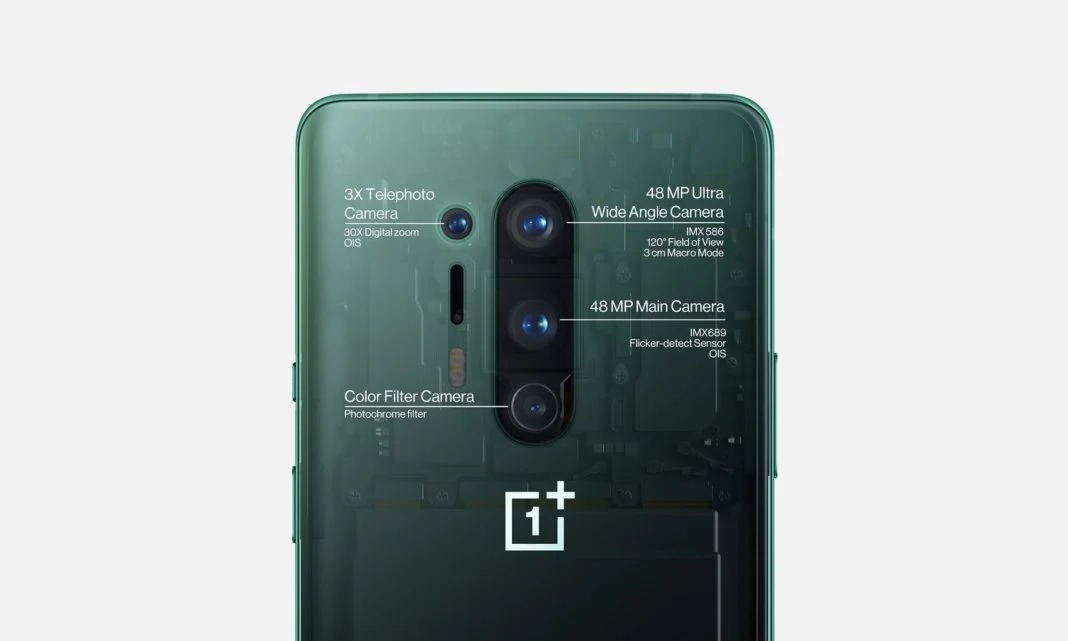 In terms of camera performance, the device having a Triple camera module aligned vertically on the centre of the rear panel. Where the device housing a 47MP f/1.8 Sony IMX586 with OIS Primary + 16MP Ultra-wide angle lens and a macro camera sensor. It is capable to allow users to 3D zoom and 3-HDR video.

As for connectivity, the device Support a WiFi 6 (802.11ax), Bluetooth 5.0, and a USB Type-C alongside NFC for payment and dual-band A-GPS, GLONASS, NavIC and GALILEO. It continues to get a Support for dual stereo speaker but it doesn’t have a 3.5mm audio jack.

To power, the device is equipped with a 4300mAh battery using a 30T WarpCharger Technology. The device will be available in three different colour variant as the Glacier Green, Interstellar Glow and Onyx Black.

This is the higher variant that comes with bleeding-edge technology, the device sharing the design of the device to the OnePlus 8. Where it is a flagship smartphone in this category.

It comes with a 6.78-inch QHD+ Display panel featuring a Fluid AMOLED Display. It supports 120Hz refresh rate accomplished by 240Hz touch sampling rate. However, the Device support 3168×1440 pixel resolution gives a JNCD ~ 0.4 alongside a pixel density if 513 PPI. Even there is an HDR10+ and deliver 40% less blue light. In contrast, unlike the Samsung Galaxy S20 series, you are allowed to use the device with a 120Hz refresh rate ar QHD+ resolution, unlike the Samsung Galaxy S20 series. 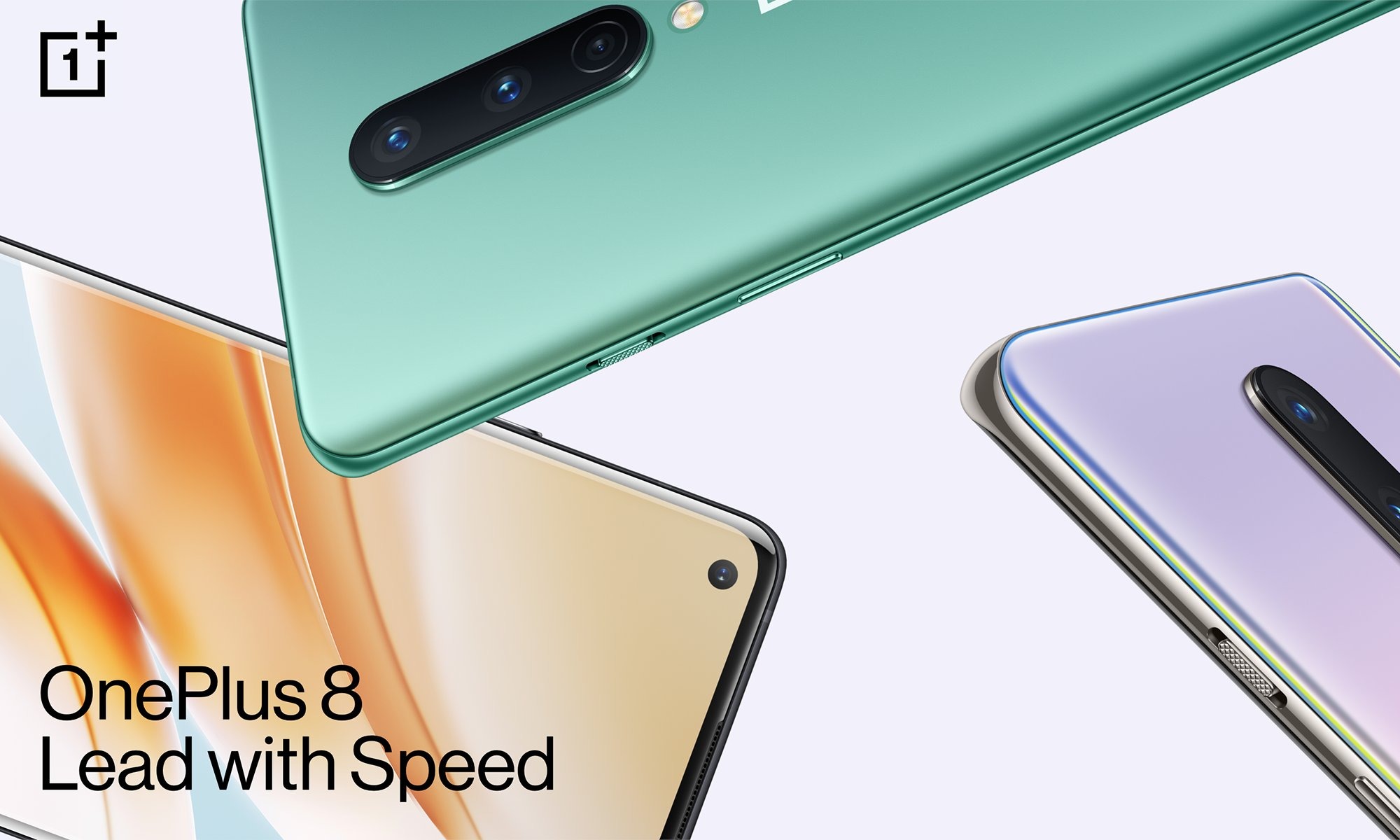 Therefore, they have also use the MEMC chipset to boost the 24fps content for 120fps. Which make it more appreciable and there are a lot of apps that support this functionality.

On the other hand, you can find the Dual-LED flash beside the vertical camera module offering with OIS. This is even the first smartphone from OnePlus that has an IP Certification of IP68 rating. This means the device can survive a submersion of 1.5-meter water for up to 30 minutes.

Thanks for being with us, we would like to know your valuable opinion and feedback if there is any query shared with us in the comment section down below. Stay tuned for further updates in the future on the same.