The Nokia X71 spotted on the Geekbench and Amazon as Well.

The Nokia X71 spotted on the Geekbench and Its Mobile Cover is also Listed on Amazon. This will be the first smartphone from HDM Global to launch under X-series. HMD Global send out invites to launch event will be held 2 April in Taiwan. It has powered by Latest Qualcomm Snapdragon 660 AIE Octa-core processor.

There have Andreno 512 GPU. it gives better performance. This Chipset coupled with 6GB RAM and 128GB storage on their board. You can easily further be increased up to 512GB via using a microSD card there has a hybrid slot.  It runs the latest Android PIE out of the box. Rumours Shows the scored, that device is 1455 for single core and 5078 dual-core test. 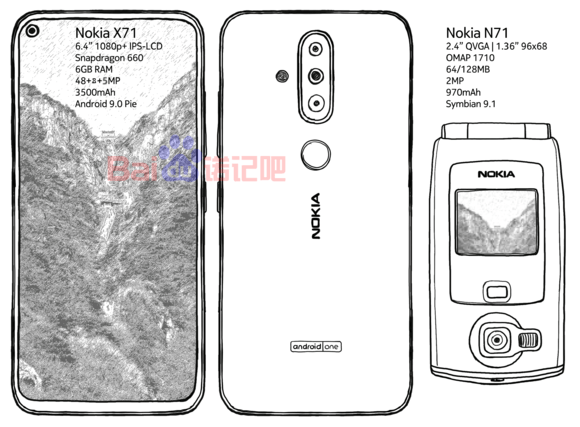 According to rumours, there is a bezel-less 6.4” IPS LCD type of display.  We will be expected there is a punch hole display with In-display selfie camera. There is massive 3,500 mAh battery.

Moreover, Nokia X71 has a triple camera on the Rear. There has triple a 48MP + 2MP + 5MP triple rear camera, a 120-degree ultra-wide-angle sensor, and telephoto sensor with 2x lossless zoom. Nokia X71 captures good quality pictures and shoots videos. There have a Sony IMX Sensor.

Similarly, the sensors on the device include an accelerometer, gyro sensor, a geomagnetic sensor, hall sensor, proximity sensor, and RGB light sensor and this device has a rear-mounted fingerprint scanner. 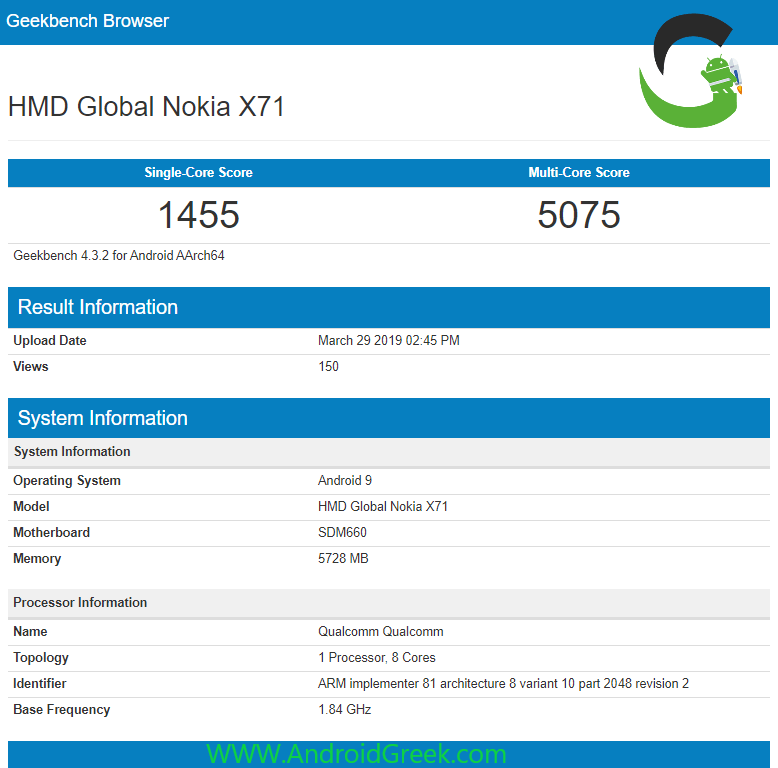