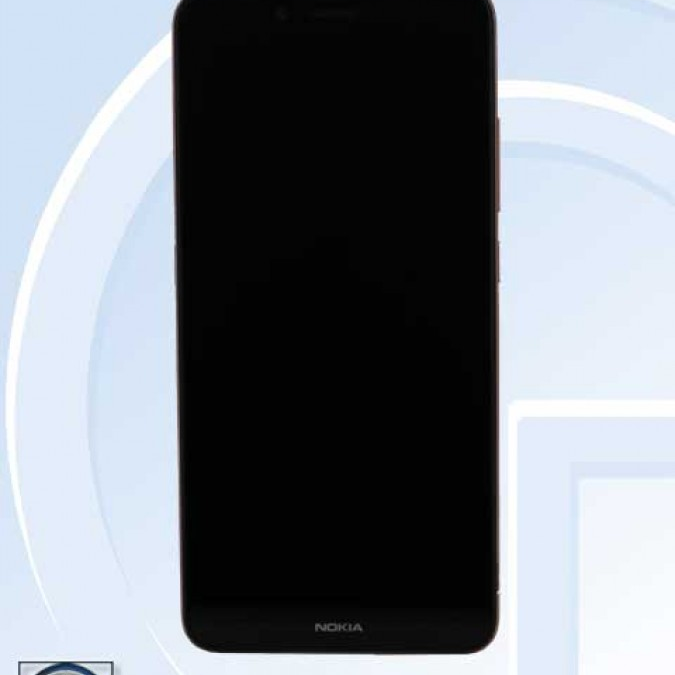 Nokia upcoming budget affordable smartphone, the Nokia C3 has been in developments. The device likely to be an entry-level smartphone as the device appears on Geekbench and earlier it was listed on TENAA Certification. The device seems to be quite promising so let’s take a closer look toward the device and know more about it. 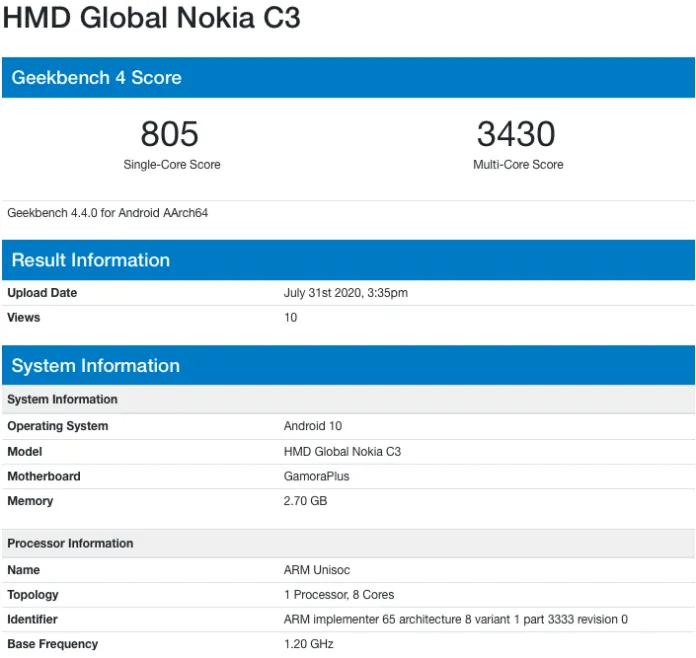 According to a listing, the device is going to be powered by 1.2GHz UniSoc based on octa-core CPU. The chipset of the device paired with a 3GB of Ram. Therefore, the device has been running on Android 10 based custom Skin out of the box.

While testing the device have achieved a score

of 805 in Single-Core and 3430 in Multi-Core CPU. However, the device is going tobe comes with a 3GB of Ram instead of 2GB Ram. Which suggested the device will introduce itself in two different memory configuration.

The device will become in an HD+ display panel with a Waterdrop notch on the top of the device. As expected, the device might have a dual or triple rear camera module. Not to mention, the device will be run on Android Go utilizing 2 Year of warranty update so far. Thanks for being with us. We would like to know your valuable opinion and feedback if there is any query share with us in the comment section down below.