In sports, There could be to fit a 6.4-inch size on the IPS LCD screen of the 720 FHD+ display with the handset will have Punch hole renders.

In terms of Camera, The device could be with a 48MP primary sensor rear camera set up while at the front, selfie shooter is coming 5MP depth sensor. However, aperture and camera related modes will available soon. 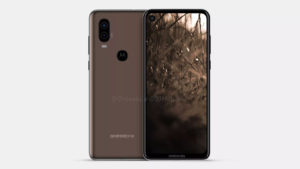 At the back,  The handset may be the capacity of 3500mAh battery with the support the turbo Charging via USB type C port and the backup level good quantity. It can easily use to almost 1 day.

The phone is coming with  NFC, Bluetooth 5.0. and wi-fi hotspot and the Security system, It could be a rear-facing fingerprint sensor.

For the Software, The device is likely to run on Android 9 Pie OS out of the Box.

There may be the price tag of  ~$380.11, he converts roughly around Rs 27,000 and It could expect the two colours variants as like gold and blue.