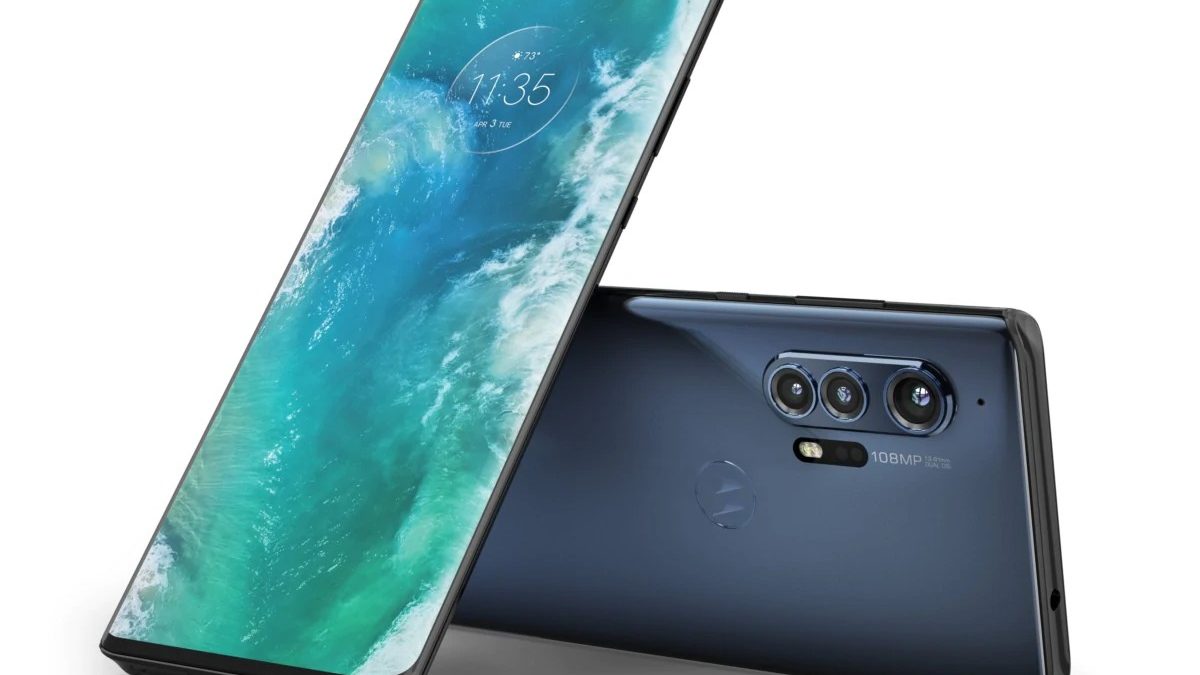 Motorola upcoming smartphone, the Motorola Edge Lite has been listed on FCC certification authority unveiled there some of its key specification and details. However, it seems to be quite promising so let’s take a closer look toward the device and know more about it.

It comes with a 6.7-Inch that featuring a 1080 x 2520 Pixel resolution having a 21:9 aspect ratio. Meanwhile, the device offering a 90Hz of refresh rate even it includes an optical in-display fingerprint scanner for biometric privacy authentication. Therefore, the screen having a punch-hole camera cutout placed on the upper left corner of the device.

Although, the internal model number of the device is an XT2075-1, XT2075-3 suggesting there will be two different variants of the device. However, the screen featuring

an HDR and the device likely to be 24:9 aspect ratio. 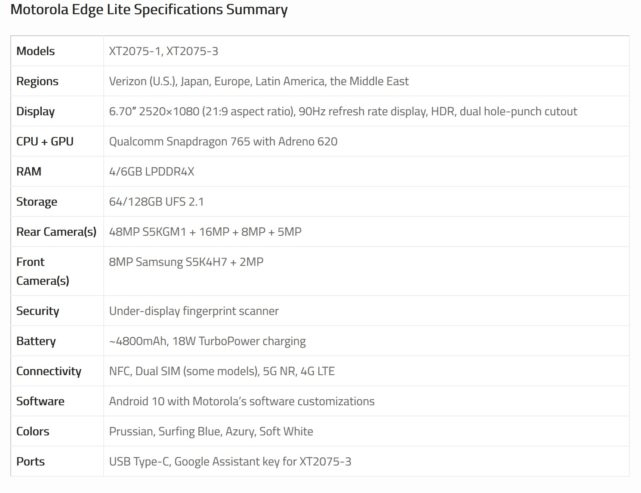 Under the hood, the device is going to be powered by Qualcomm snapdragon 765 Mobile platforms based on octa-core CPU paired with a 4GB / 6GB of LPDDR4X Ram and 64/128GB of UFS 2.1 onboard storage. Further, you can expand the storage using a dedicated MicroSD card slot up to 512GB of storage.

In terms of camera performance, the device having a Quad rear camera module aligned vertically placed on the upper left corner of the device accomplished with an LED Flash. The device was also having a 48MP S5KGM1 primary + 16MP Ultra-Wide angle lens + 8MP Portrait lens + 5MP macro lens while the front was having a Dual punch-hole camera housing an 8MP Samsung S5K4H7 Primary + 2MP Depth.

The device initially comes in three different colour variant following the Prussian, Surfing Blue, Azury, Soft White colour option. Meanwhile, the device will arrive in the US (Verizon), Japan, Europe, Latin America and the Middle East. Not to mention, the device aimed for an Entry Level smartphone category. According to the report, the device will be priced at Euro 399, and there will be additional accessories with the smartphone as well.