Motorola E6 plus spotted on the Geekbench, MediaTek helio P22

Motorola E6 plus spotted on the Geekbench

The Motorola E6 Plus spotted on the Geekbench, it features to 5.45″ display, 2GB ram and 16Gb storage and MediaTek Helio P22. This device will be the cheapest smartphone.

The Motorola E6 plus has powered by MT6762V Helio P22 SoC. This device coupled with 2GB RAM and 16GB storage on their Board, which further increases storage via using microSD card. It has run the latest Android Pie out of the Box. This device has 820 points scored in the single-core test and 3637 points in the multi-core test. 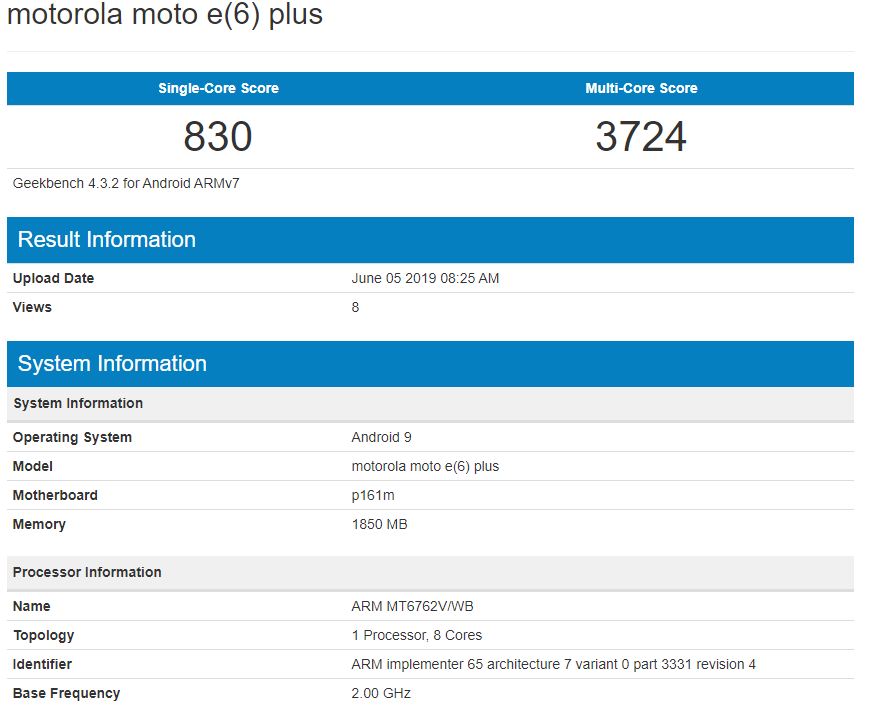 The Motorola E6 plus maybe single camera both rear and front. Which is click the good quality picture and shoot videos? Some other feature on the camera Digital Zoom, Auto Flash, Faces detection, Touches to focus.

We can be expected, this device has come 5.45″ display with high resolution and IPS LCD display. This device has MediaTek helio P22, this chipset comes with another phone just like the Redmi 6 and Realme C2.