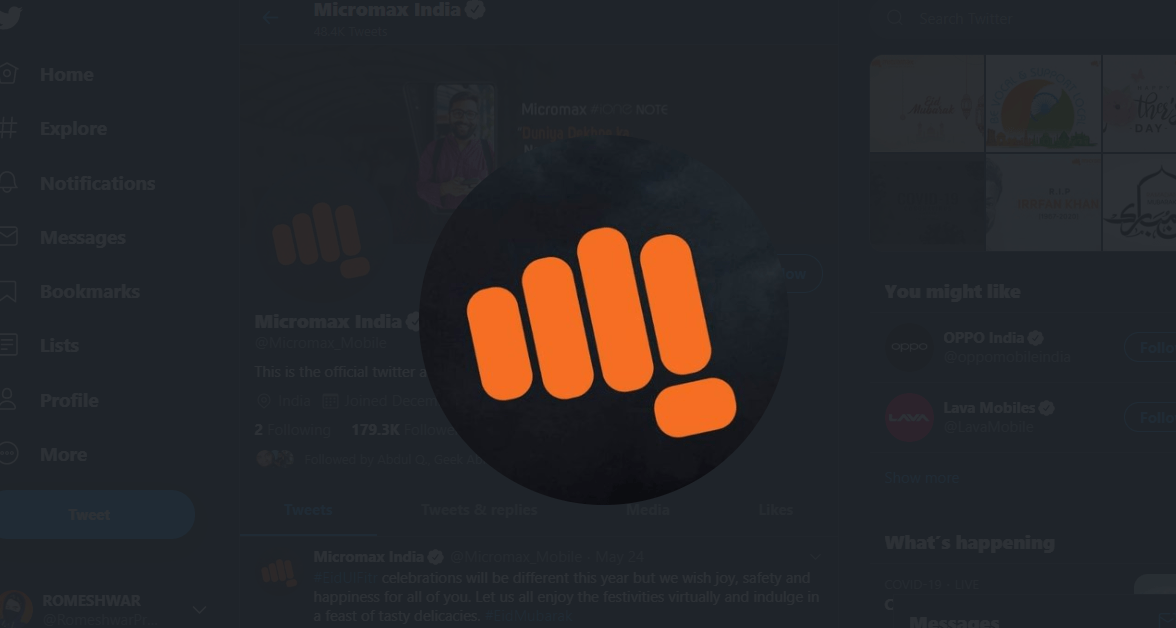 It’s time we turn this pandemic to an opportunity. With #atmanirbharbharat to build a stronger nation. Be #VocalForLocal 🇮🇳
Let us all come together and contribute towards the making of a strong nation. pic.twitter.com/VIHSjmsSOO

Reportedly, Micromax is working on its new smartphone that belongs to budget range smartphone categories as a premium budget smartphone. Currently, there is a huge conflict create against china and it could be the Micromax strategies “Vocal for Local” suggesting an Anti-China Sentiments manipulating the Made in India. We don’t know a lot of details about but if this would be again a Chinese re-branded OEM smartphone then it is obvious they were going to fail again.

Micromax wants to come back in Indian Smartphone Market

Currently, the tension between India and china at his peak, where the people used to call Micromax to launch a smartphone that was made in India. In Reply, Micromax used two different Sentiments says #MadeByIndian” and “#Madefor Indian”. Notably, they say there will be a new smartphone that is going to launch with a modern design at a budget price tag.

Furthermore, Micromax doesn’t have a good custom skin so it was going to deliver a smartphone with Stock android but most of the users nowadays looking forward to some additional features. Even, they don’t have any good reputation of rollout the Android updates and their smartphone doesn’t look aggressive yet, but we hope this year they will.

Hi, Rudra. Thank you for the shout-out. This is one of the most uplifting things to hear. Gear up as you are going to hear from us soon. #Micromax #MadeByIndian #MadeForIndian

The Indian smartphone market is one of the most competitive smartphone regions, Where most of the big players like Meizu and other smartphone doesn’t likely to run. Indian users require value for money device. Unfortunately, there are no further details available including no timeline. We believe the certification and other details will be surfaced online in a couple of days. Not to mention, We were also early waiting for the outcome and hope they will launch a device that gives some competition against Chinese manufacture.

Additionally, Micromax is going to launch three new smartphones in India with a budget category includes premium features and modern design at a price of Rs 8,199. Hence there is no confirmation about they actually making or outsourcing from China. Not to mention, Micromax having one of the highest-selling records for the rebranded Chinese smartphone back in December 2014.