LG Q9 one has launched in South Korean market.

Performance Of LG Q9 one

This device has powered by Qualcomm Snapdragon 835 chipset which gives better performance and you can easily use multitasking for apps in this device without a lag problem. This chipset coupled with 4GB RAM and 64Gb storage onboard which is enough to download to your data music and videos and also further increased up to 2TB via microSD. It has run the latest Android Pie out of the box.

The LG Q9 One has single both Rear and Front, 16MP on the back side with f/1.9 aperture and LED flash. For the front 8MP selfie Camera. Both cameras have based on Al features. Some other feature on the camera Digital Zoom, Auto Flash, Faces detection, Touches to focus and LED flash on the Rear. 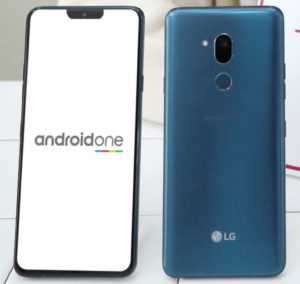 Sensors on the device include an accelerometer, gyro sensor, a geomagnetic sensor, hall sensor, proximity sensor and RGB light sensor. Connectivity options in the smartphone include 4G VoLTE, Wi-Fi 802.11 a/b/g/n/ac, and Bluetooth 5.0. It has a 3.5mm Headphone jack. There is also a fingerprint sensor on the device placed on the back side and comes with 32-bit Advance Hi-Fi Quad DAC, Boombox speakers on this device.

The LG Q9 one comes to some different colours blue, black, gold, and red and their expected price is Rs 38,000