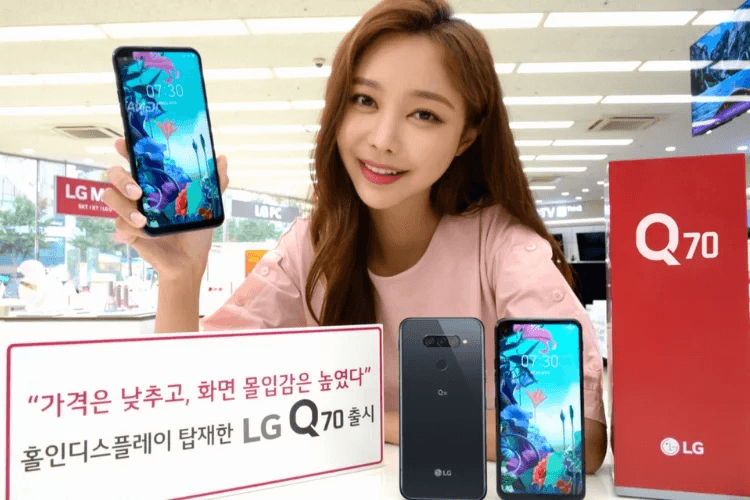 LG Launched there New Device from Q-Series Named Q70. LG Q70 is the Successor of Last Year LG W60 Belong to Mid-Range Focus Device. Which is the First LG Device to be Featured a Punch-Hole Display and Snapdragon 675 Soc.

It comes with a 6.4-inch Full HD+ Display With 1080 x 2310 Pixel Resolution as 18.5:9 aspect ratio. It having a Punch-Hole on the Left Corner Housing 16MP Selfie Sensor. Additionally, It has a Hi-Fi Quad DAC, DTS: X3D Bring More Cinema Sound Experience. Similarly, Having MIL-STD-810G Means It can Survive During Low or High Temperature, Thermal Shock, Humidity and Vibration.

Under the Hood, The Device is Powered by Qualcomm Snapdragon 675 Soc Coupled With 4GB of Ram and 64GB of Onboard Storage. It also Supports Expandable Storage up to 2TB using MicroSDXC Card.

On the Software Front, It Runs on Android 9.0 Pie out of the box. It Also Featuring a Dedicated Google Assistance Button and Packed 4000mAh Battery used to Charged via Micro USB Type-C Connector. There is No official word about Charging Technology. 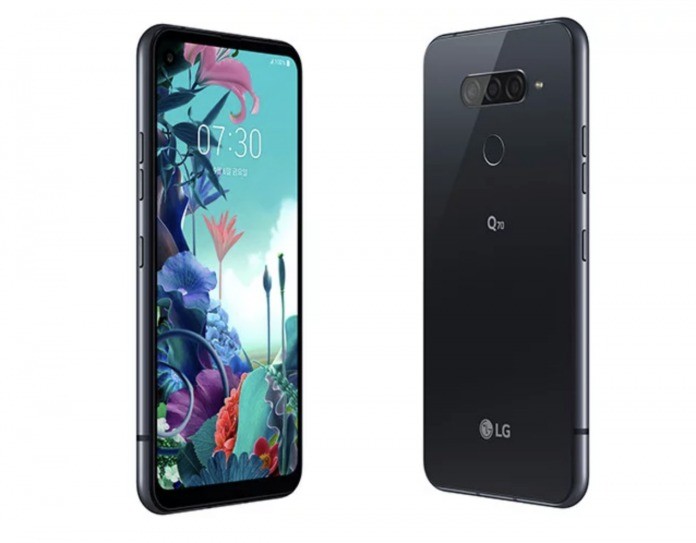 The Devie Price Starting from $450 (₹32,500) and Available to Buy from Septemeber 6th in Sout Korea. While there is Single Color Varient as Mirror Black and Single  Configuration as 4GB+64GB. We Don’t have any Information about India Launch Yet.

Thanks for Being With us, Share your Valuable opinion and Feedback in the Comment Section Down Below. Stay tuned for More FUrther Updates in Future on Same.