LG has announced the Q series and K series smartphones which LG Q60 and LG K50, LG K40 and these phones belong to the mid-range and both smartphones specifications some same and go to the Price and Colors which might soon available.

Under the Hood, there is the latest 2GHz Octa-Core Processor paired with 3GB of Ram, 32GB of internal storage but storage can be further expandable Via the MicroSD card up to 256GB.

In Terms of the camera, The device has the 13MP primary sensor and a 2MP secondary lens Dual camera set up with the LED flash,  PDAF, 2MP depth sensor while the as for the Front, Selfie Shooter has 13MP.

At the Back, The handset is the capacity of 3,500mAh battery and you can easily use approx 1 day for the security, There is the fingerprint sensor which available rear side and it measures to the device 161.3 x 77 x 8.7mm However, the smartphone is coming with DTS:X 3D Surround Sound effect, MIL-STD. 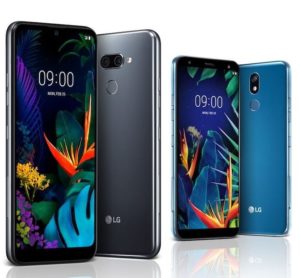 In the back, the phone is powered off the 2GHz Octa-Core Processor. this device coupled with 2GB of Ram, 32GB of internal storage but further expandable Via the MicroSD Card up to 256GB.

At the back panel, It is the 16-megapixel single rear camera with PDAF. LED flash while at the Front side, an 8MP of Selfie Shooter with the LED flash.

For Quality, The phone is the capacity of 3,000mAh battery and the better Quantity level. This device has a Fingerprint sensor available. The handset measures to the 153.0×71.9×8.3mm.