2018 is a Trend of Slider Mechanism and Bezel-less Smartphone, While Korea Tech Giant LG doesn’t Engage With it a lot. While LG G8 ThinQ could be Unveiled at MWC2019 in Barcelona. 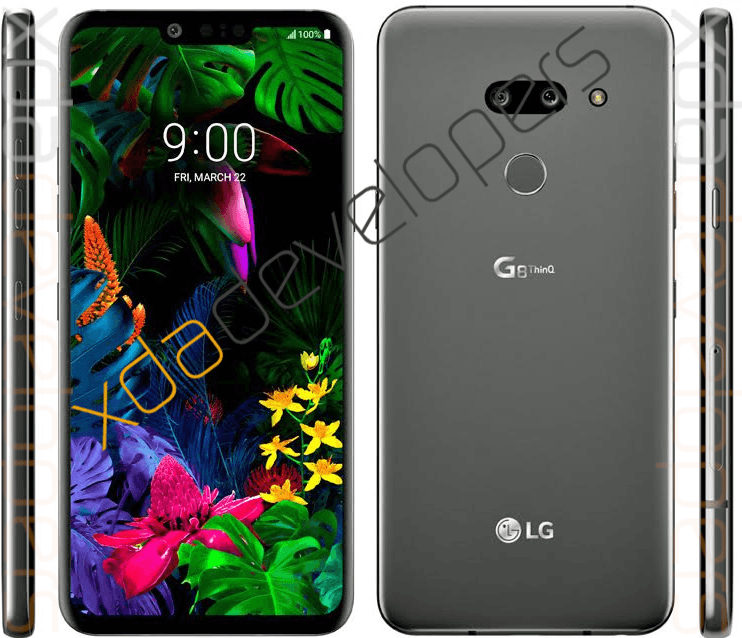 Here are Some of its Key Specification

LG placed Volume Rockers along Dedicated Google Assistant Button, in addition, there is a Hole WHich could be a Secondary MicroPhone. however, LG also Pushes the Sound on Display Technology Similar Samsung Wich can produce 100-8000Hz. Reports Says LG also Developing a Sound-Emitting OLED Technology.

Also, LG will be Powered by Flagship Qualcomm Snapdragon 855 Soc, Which allows to Use 5G Network.
subsequently there Will be a Massive 4000mAh battery along Improved Cooling to Maintain the Temperature for Long Running Gaming.

most importantly, LG G8 has a lot of New gesture. to clarify Hint By LG as a goodbye to touch. Where it has Dual Camera Sensor, it is possible to add TOF sensor for More advance Depth effect.

even more, LG packed a Rear Mounted Fingerprint Sensor and LED Flash, But there is no In-Display Fingerprint Sensor. This time LG doesn’t Put Dual Stereo Speaker, Instead, they used to Replace By G7’s DTS-certified Boombox speaker technology.

LG Still use a 3.5mm audio jack, Time is to say Headphone jack is Important and most noteworthy Thing in a Smartphone. furthermore, It as Micro USB Type-C connector for Charging and Data Transferring.

LG executive Say the Render Were Long, Which could really affect the Final Product. There are No official Words toward its Price and availability Yet.

Thanks for Being With us, Write us your thoughts in the Comment Section Down Below. Stay tuned for More Further Updates.