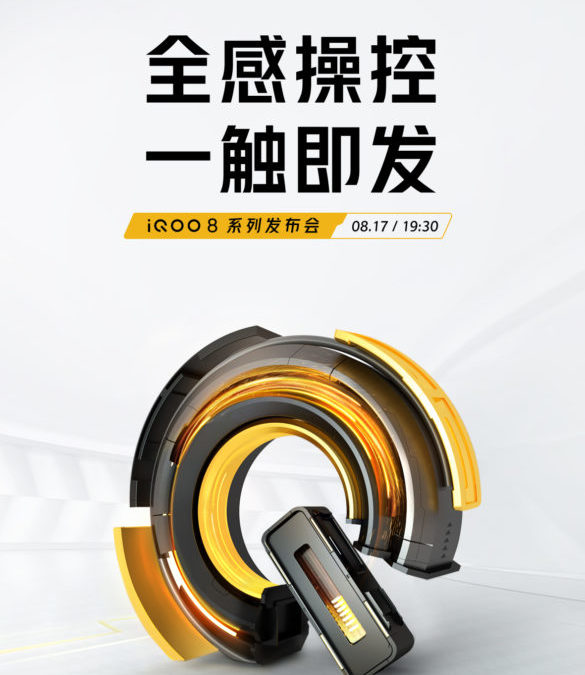 In China, iQOO announced the iQOO 7 and iQOO Neo 5 flagship phones at the beginning of this year. Today, the company took to its Weibo platform to confirm that it will be unleashing the iQOO 8 series at 7:30 PM (local time) on Aug. 17 in China.

In addition to the iQOO 8 and the iQOO 8 Pro, the iQOO 8 series may also contain two other devices. Rumors suggest the iQOO 8 lineup could be among the first smartphones to feature the Snapdragon 888+ mobile platform.

At the ChinaJoy 2021 tech exhibition, a mysterious iQOO smartphone was on display. In order to reveal the device’s design, it had to be concealed by a special case. It featured a curved edge display with a centrally aligned punch-hole.

for the display of the iQOO 8 series, Samsung’s E5 AMOLED assembly is expected to produce a resolution of 1400 x 3200 pixels, along with a 120Hz refresh rate. In a recent interview, iQOO’s product manager claimed that it was the best mobile phone screen of the year.

China’s CMIIT authority recently approved a Vivo phone with model number V2141A. There is a good chance that this device will debut in the Chinese market as the iQOO 8 or iQOO 8 Pro.