Powerful Beauty in your Pocket

The Huawei will launch Huawei Y9 (2019), this device is teased by Amazon.

The Huawei Y9 (2019) is powered by Kirin 710 SoC chipset which is clocked at 2.3GHz octa-core processor and comes with AI Power 7.0. This device comes with different variants of Ram 3GB and 4GB Ram and 64GB storage Onboard which is enough to download to your data music and videos and also further increased up to 256GB, which gives better performance and you can easily use multitasking for apps in this device without hang problem. This device runs the latest EMUI 8.2 out of the box which is based on Android v8.0(Oreo). It has Mali-G51 MP4 graphics card.

The Huawei Y9 (2019) have massive 6.5-inch full Hd IPS LCD display with their 1080×2340 pixels resolution, with 3D covered design and their aspect ratio is 19:5:9, and their pixel density is 396ppi This device has a long life 4000MAh battery, which enough to users and easily use to 2 days. it supports fast charging with micro USB.

Sensors on the device include an accelerometer, gyro sensor, a geomagnetic sensor, hall sensor, proximity sensor and RGB light sensor. This device has a rear-mounted fingerprint scanner v4.0 with high speed unlock the phone and GPU turbo. Connectivity options in the smartphone include 4G VoLTE, Wi-Fi 802.11 a/b/g/n/ac, and Bluetooth 5.0. It has a 3.5mm Headphone jack and speaker on the back side.

The Huawei Y9 (2019) comes to some different colours Midnight Black, Aurora Purple, Sapphire Blue and their expected price is Rs. 24,990 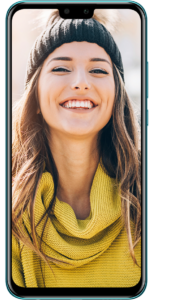