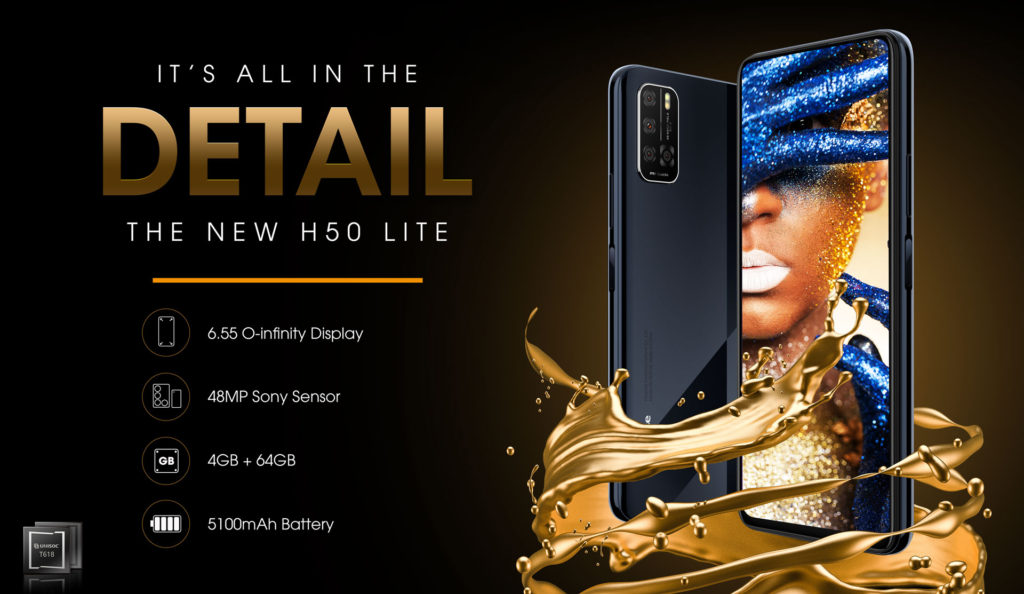 HiSense, a Chinese electronics giant, has announced a new entry-level smartphone known as the HiSense Infinity H50 Lite that features an octa-core UNISOC Tiger T618 chipset with a maximum clock speed of 1.8GHz.

The HiSense Infinity H50 Lite features a 6.55″ IPS LCD display with HD+ resolution and 60Hz screen refresh rate. There is a single hole-punch cutout on the upper-left corner of the phone, which houses a 16-megapixel selfie camera.

A massive 5,100mAh battery will keep the lights on, with a 10W standard charger. The phone also features a MicroSD slot for memory expansion, a side-mounted fingerprint scanner, and is pre-loaded with Android 10 OS.

Currently, the HiSense H50 Lite is only available in Africa. The pricing and availability of the phone have not yet been announced.

Thanks for being with us. We would like to know your valuable opinion and feedback if there is any query share it with us in the comment section below. Stay tuned for further updates in the future on the same.