Google Pixel 3XL Stopped the Bullet and Save a Photographer 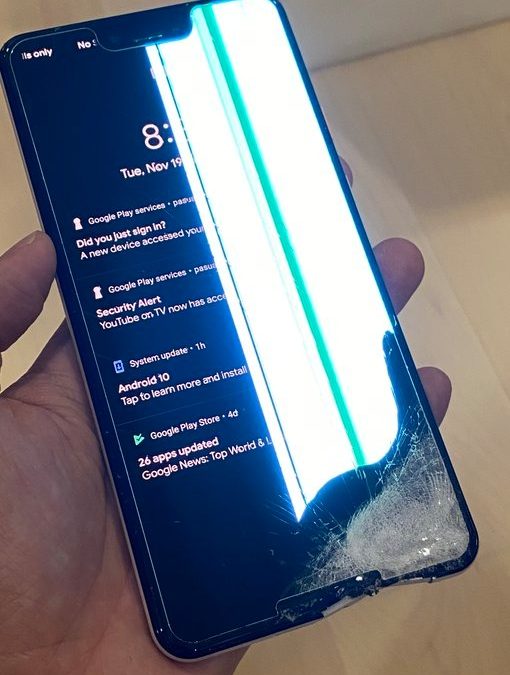 We all Have Hear and Seen alot of Report about the Nokia Device Save a Man From a Bullet. This Time Not only a Nokia Smartphone but also a Google Device Reported about a Device Takes a Bullet Shots.

Here a Google Smartphone Knockout Bullet, Users on Monday at Hong Kong Polytechnic University, a Photographer of Studio Incendo has been Shot by a Rubber Bullet.

Our photographer was shot by a rubber bullet on Monday in the battlefield of #polyu #hongkong The #pixel3 phone stopped the bullet and was destroyed. He didn’t get hurt. Surprised it can still be turned on. @madebygoogle @googlepixels @Claudibus pic.twitter.com/Gtz0jFvHXg

That Guy Using Google Pixel 3XL and Didn’t Hurt in the Incident but the Device Get Destroyed during Incident. Meanwhile, The Rear Panel of the Device Handle the Bullet and Got Damaged but Could Still be Turned ON. We can see that the Pixel Bleed due to Impact But the notification can be Readable on the Display.

Furthermore, The Damaged Pixel 3 XL is Not Usable but Not as Worst Condition or Shape Either. The Google Pixel Launched last Year alongside Google Pixel 3 and 3XL. Moreover, The Device is Not a Huge Hit for Made by Google and Not been a Most Durable Smartphone Either.

That Guy is Completely Fine but he also Got a Hole in his Bag, Thankfully there is No Other or Injury Reported.

According to iFixit, Google Pixel Rated 4/10 Identify the Device not to been Most Easiest to Repair. On the other hand, After this Incident the Device Consider being One of the most Durable Premium Smartphone. Therefore, The Device Could not manage to Sell a Flagship Device in Volumes and been Pixel 3 Saved his Buyer by Rubber Bullet Shot. It is a Sign of Google make and Invested in Hardware Divison.

Thanks for Being With us, Share your More valuable opinion and feedback in the comment Section Down below. Stay tuned for more further updates in future on Same.