Google is all Set for the launch of its Upcoming Flagship and budget Range killer on its New York Event. A Chinese E-Retailer site jd.com’s Website. Listed Devices Pixel 3 and pixel 3 xl Which are Going to launched on Oct 9 Where the Pixel 3 and Pixel 3 XL not looking like a Budget Smartphone. The Price Tag starting from a price range of 729 USD Which is not an Actual Price because the Pixel 3 Xl not launched Officially Yet.

However, We are excited about it because the Google Neer released its Pixel Phone and Nexus Phone Series in China Till But its Listing on JD Surprisingly. Cheese Market banned Google Services in China. Looking Like Google Would be interested to Start it Google Services on China Again. Until now there is no official confirmation yet.

The Pixel 3 will have an 18:9 5.4-inch Display that Will Support Full-HD+ resolution without a notch. Which will be powered by the latest Qualcomm Snapdragon 845 Chipset Coupled With 4GB RAM. Also Expected to have Come with Android 9 Pie out of the box. 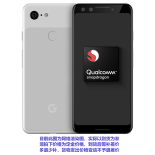 Seems like multiple colour variants like Blue, Mint Green and Aqua Which also Shows on Recent Renders. Instead of Notch, it will have a Top Thin-Bezel. The Pixel 3 and Pixel Xl will Support Dual-selfie Camera Shooter. But the Pixel 3 Xl has a Huge-notch on Top Shown in the past Pixel Phone Video. A Hidde Circular Fingerprint Sensor on the Google Logo Deep inside it on back.

The Google Pixel 3 has a Single-Camera featured with a 12-Megapixel front Selfie Shooter. The battery is a mystery until now. The Storage will be 64 GB and 128GB onboard. Google hit the market on Oct 9 in New York City Till now Stay Tuned Wit us for more Update

The Pixel 3 xl is Still Listing on Website. Check it Out to Click Here The Images are Exactly same Which Leak in the past. Stay tuned for more Update.