This Year is a Year of Samsung Because They Complete their 10 Year of Galaxy Series. Samsung’s S10 Series is Now Officially Unveiled in San Francisco, The Device is Quite Powerful and Premium Smartphone. S10+ Comes With Top Notch Specification.

It is the Industry FIrst Dynamic AMOLED Display along Ultrasound Fingerprint Sensor and HDR10+. The Device Can now Produce more Colors,

In the Terms of Camera, It offers Dual Pixel and Dual Aperture, There is a 123-Degree Ultra Wide Lens. Also, You can Capture UHD Quality Using Front and Rear along HDR10+. All of the Smartphone Still have 3.5mm audio jack.

No to Mention it has NPU to Capture Better Images. This Smartphone also Offers an IP68 Water and Dust Resistance including Wireless Charging 2.0. Moreover S10+ Support 512GB of Expandable Storage. 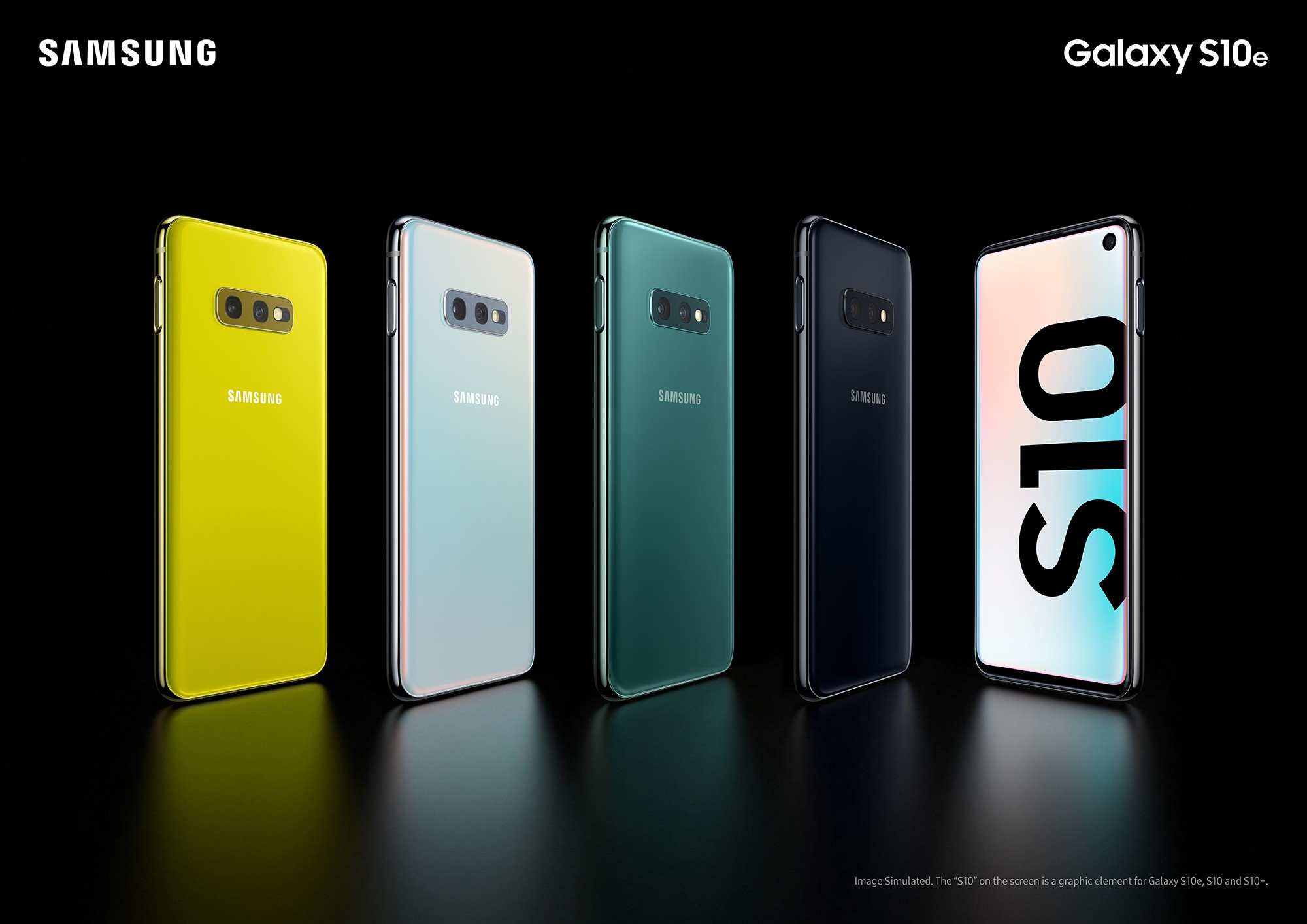 The Galaxy S10e is the Most affordable Smartphone of S10 Series. It Comes WIth 5.8-inch Flay Dynamic Amoled Display of 19:9 aspect ratio as 439ppi.

Meanwhile, As for Selfie it as 10MP dual Pixel Camera Sensor of f/1.9 aperture. The chipset is Coupled WIth 6GB and 8GB of Ram along 128GB and 256GB of Onboard Storage. It can Further Expand Via MicroSD card up to 512GB of Storage.

As for Power, it has Decent 3100mAh battery along Wireless Fast Charging 2.0, The Device is Run over Android 9.0 Pie based OneUI out of the Box. For Security, it has Capacitive Fingerprint Sensor and It available in Prism White, Prism Black, Prism Green, Prism Blue, Flamingo and Canary Yellow Color variant. 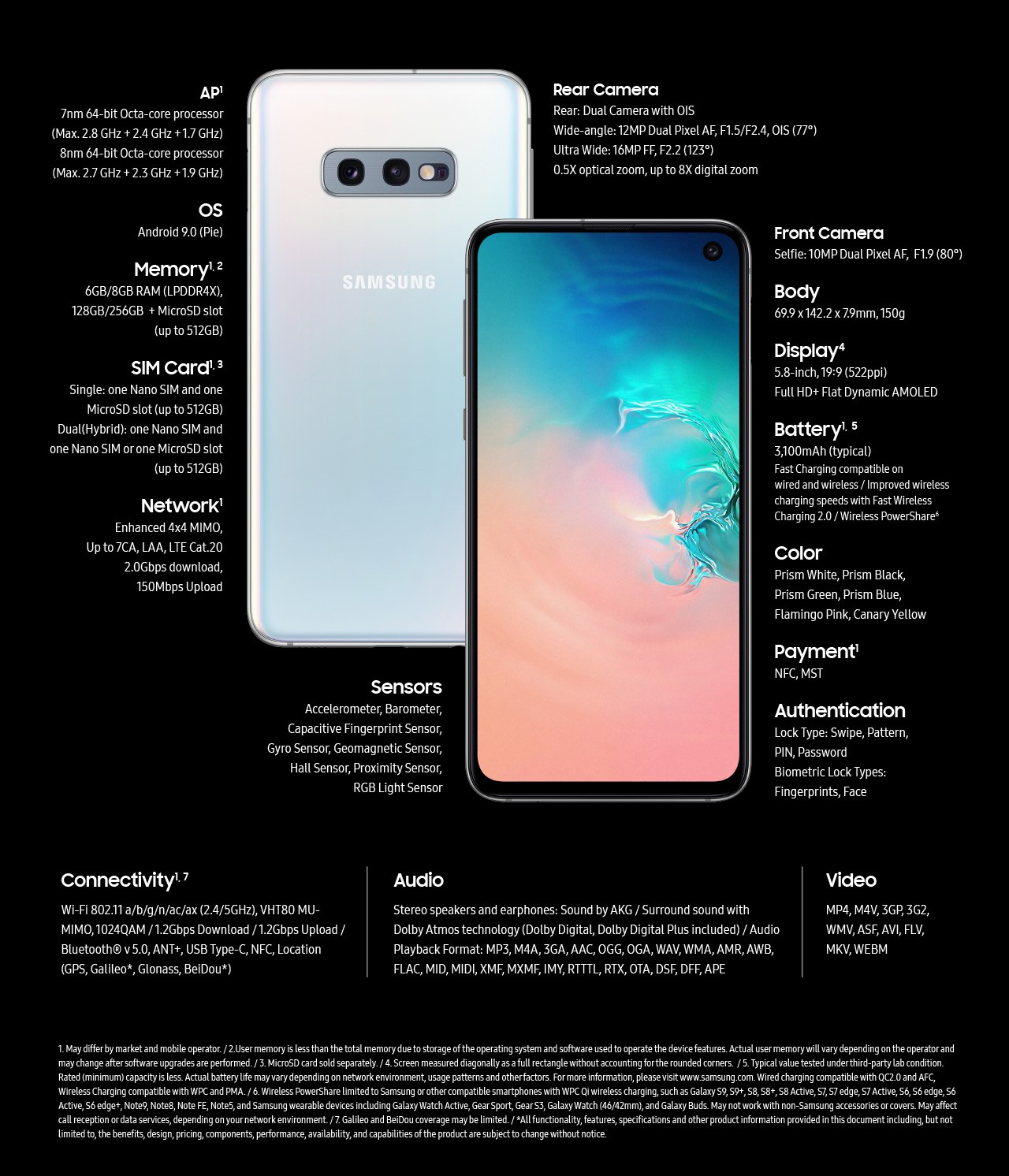 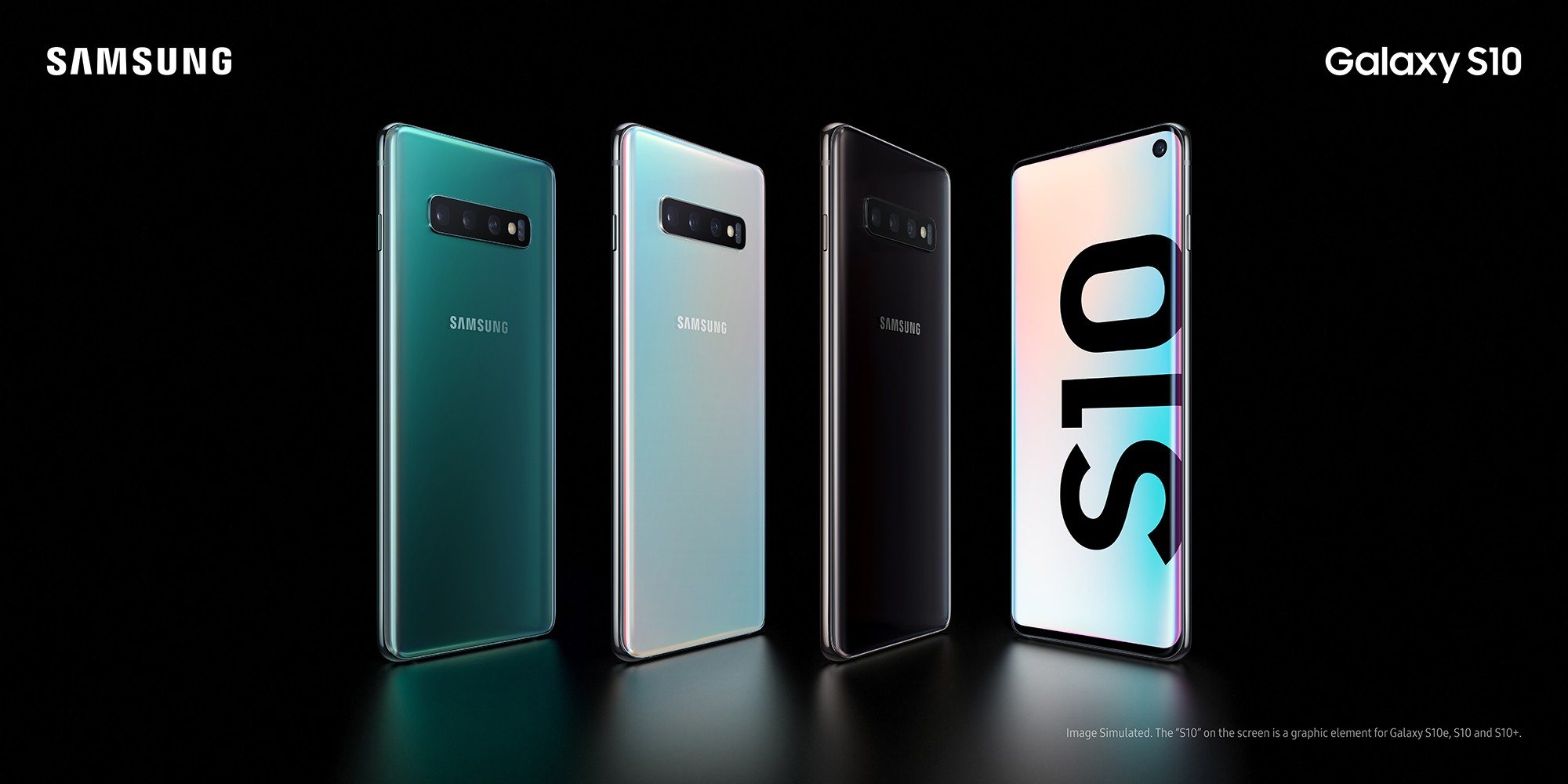 It has a 6.1-inch Quad HD+ Curved Dynamic Amoled Display panel of 19:9 aspect ratio as 550ppi.
In the Terms of Camera, it has Dual OIS Triple Camera Sensor Setup.

Under the Hood, it has 8GB LPDDR4x ram along 1285GB and 512GB of Onboard Storage. The Storage can be Further Expandable up to 512GB of Storage. As it has decent 3400mAh battery Wit Fast Wireless Charging 2.0 and Device Run over Android 9.0 pie out of the Box. 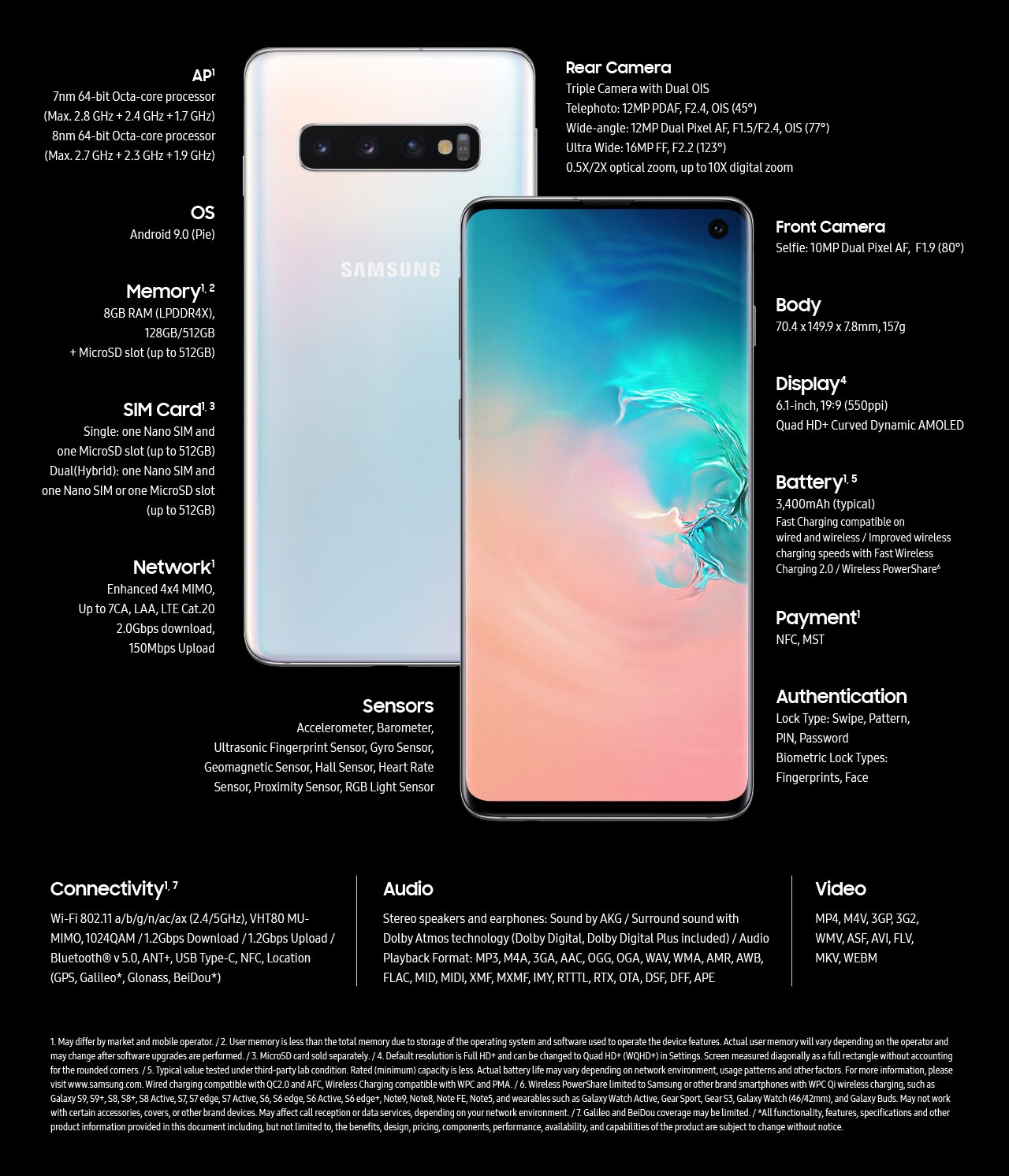 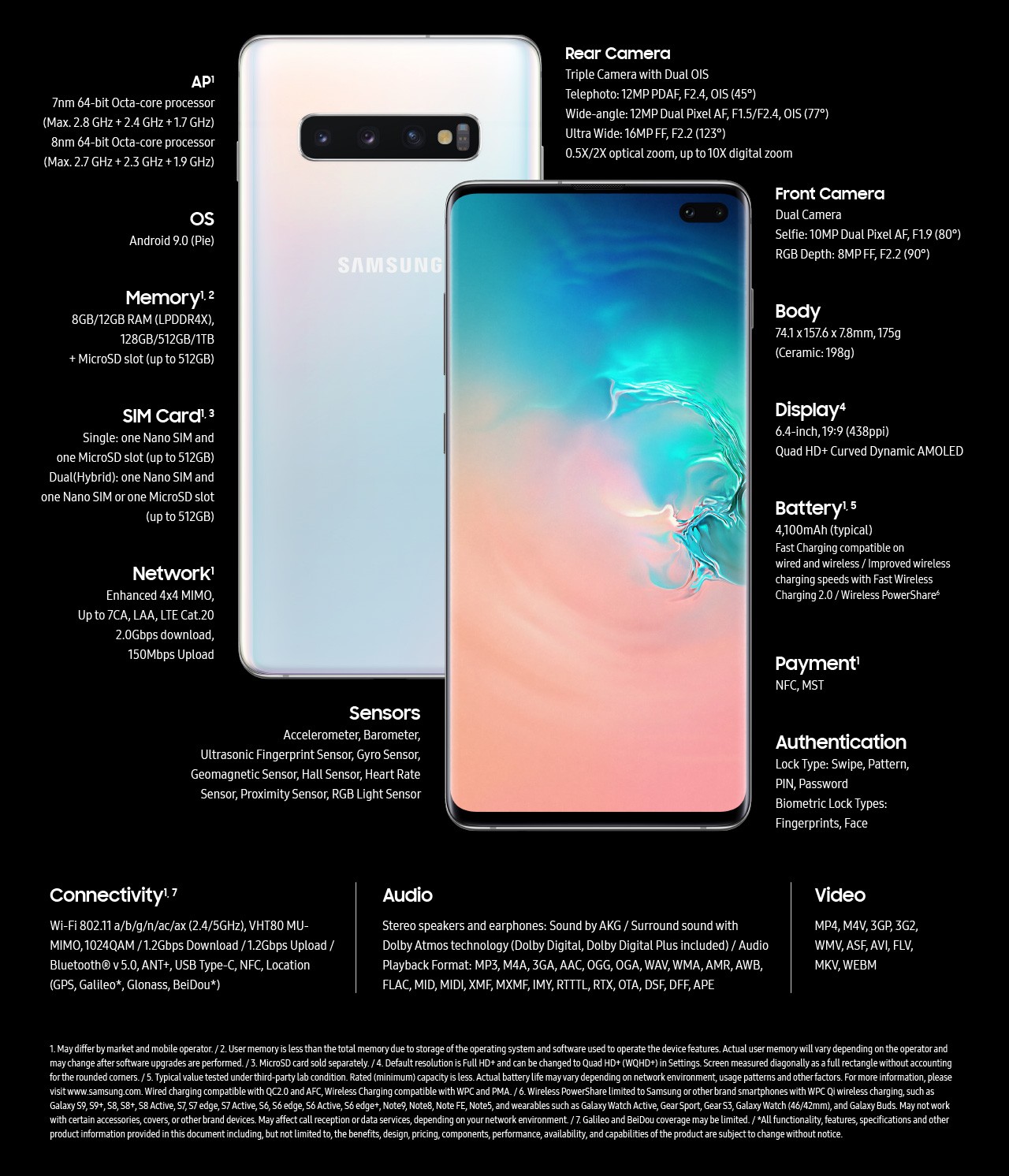 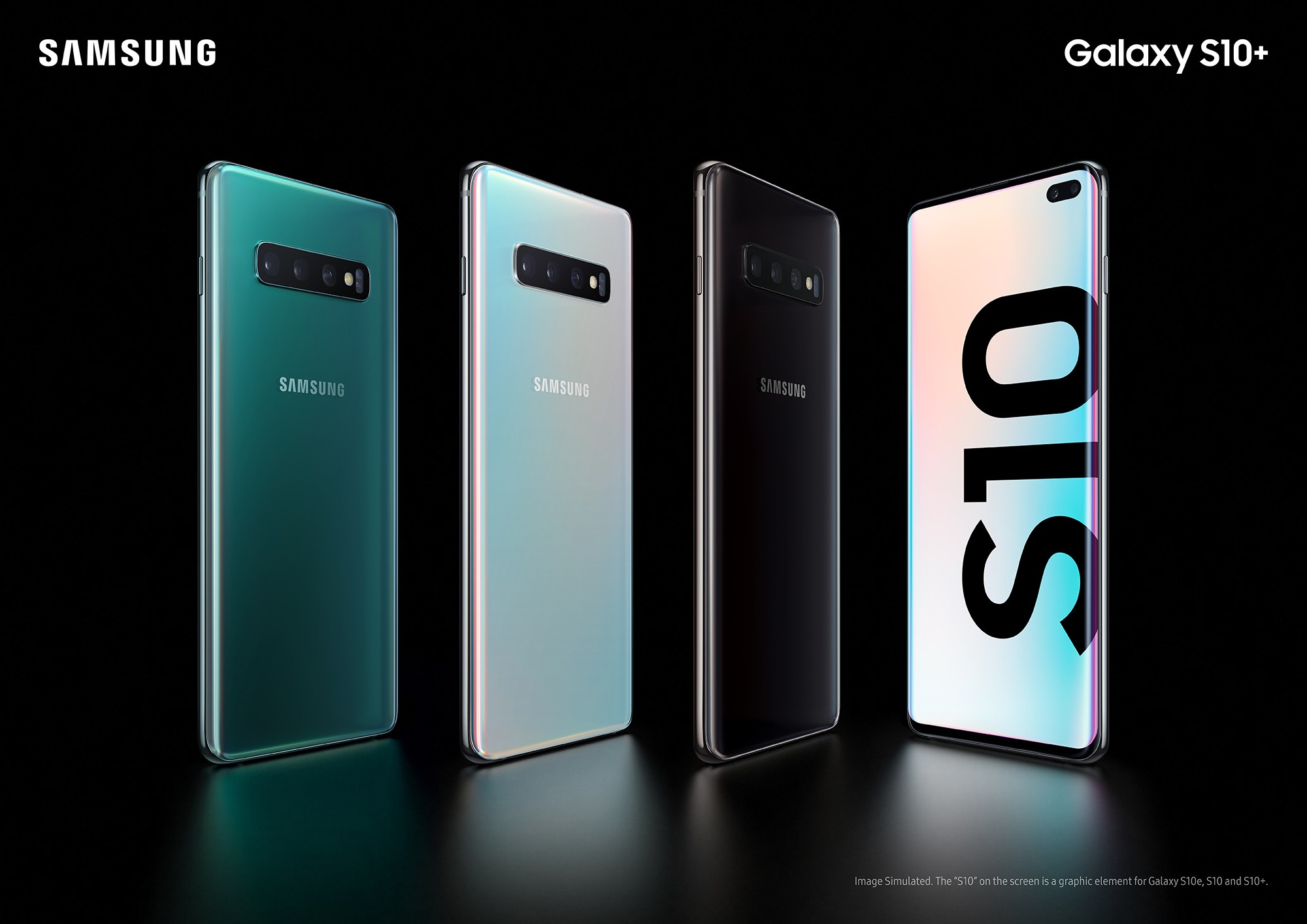 Thanks for Being WIth us, Sare your thoughts in the Comment Section Down Below. Stay tuned for Our Review and More on Same