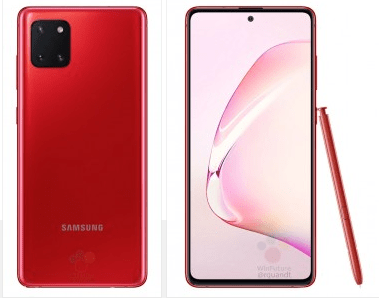 Samsung is Looking to Re-Freshed its Galaxy Note 10 Series, There Were a lot of Certification and Leaks Surfaced on the Websites. Recently, Renders is been leaked of Samsung Galaxy Note 10 Lite.

However, the Device Featuring a Flat Display Panel With a Central punch-Hole Display packed a Selfie Shooter. This Device Seems quite Similar to Galaxy S10e but. We a tiny Punch-hole compare to Galaxy S10e along a Small Bezels around the corner. The Earpiece placed on the top of the display and for security, it offers an Ultrasonic In-Display Fingerprint Sensor. 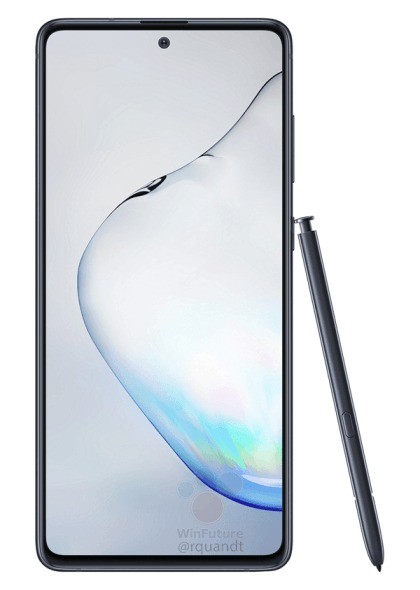 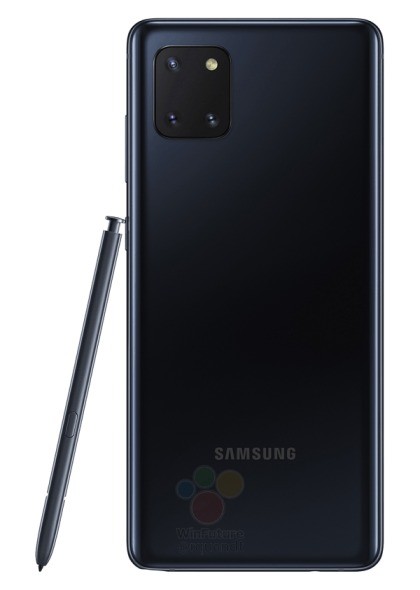 Not to Mention, Ultrasonic Fingerprint Sensor is more Secure than optical Fingerprint Sensor as We look in the past so far. Moreover, the device sharing some Identical Design language With announced Galaxy A51 and A71. We believe the device to be having a Button placement in the Note 10 lite as the Power button placed to the tight.

In the Terms of camera performance, There is an L-Shaped Camera module vertically placed at the Left Side of Rear Panel expected to feature a 64MP Primary + Ultra-Wide-angle lens and a Telephoto Lens along an LED Flash Light. This Device was initially available in three colour variant as the Black, Red and a prism colour options. 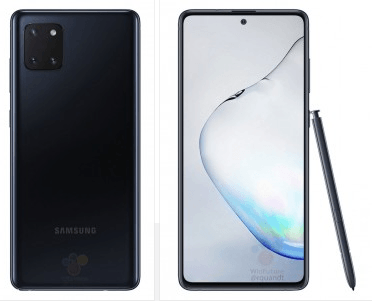 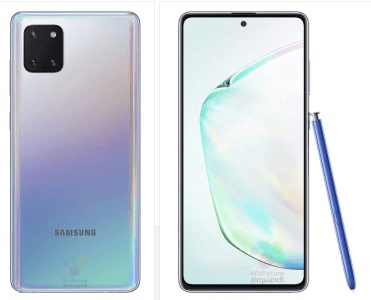 Furthermore, It obviously comes with a Bluetooth-Enable S Pen With a Color Variant of your Device. It is expected to Comes With a 6.7-Inch Full HD+ AMOLED Display Panel and to be Powered by Samsung’s Own Exynos 9810 Soc and Snapdragon 855 based on your Region.

According to OnLeak Renders it Suppose Galaxy note 10 Lite Featuring Flat Display and an S-Pen. Also, Not been an Expensive Note 10 Device but been a Top-Notch Device. Unfortunately, There is No official Words and Timeline for the Device Either Lite but expected to be released on December 27 at the €610 ~($679, ₹48,253).

Unfortunately, There are No official Words about the device. Thanks for being with us, Share your more valuable opinion and feedback in the comment section Down below. Stay tuned for more further updates in future on same.