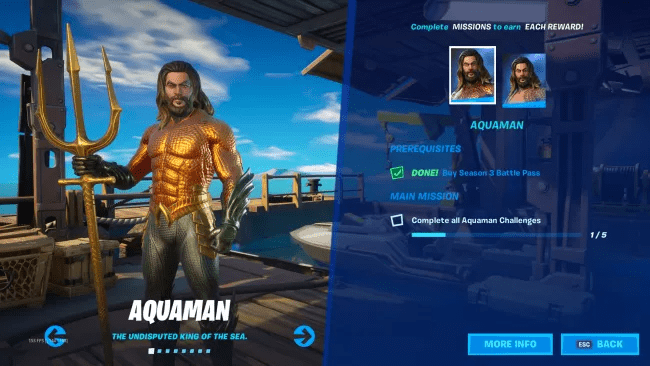 In Fortnite, there is a new Map which is one of the most significant changes that has come with Season 3 and now players will also see most of the map submerged underwater. In some areas, you will see the houses on inflatables which is surrounded by water. Suitably, there is a new water park themed city that has been added in this season. Obviously, there are a few new locations discover.

Shark Rides and Whirlpools to travel 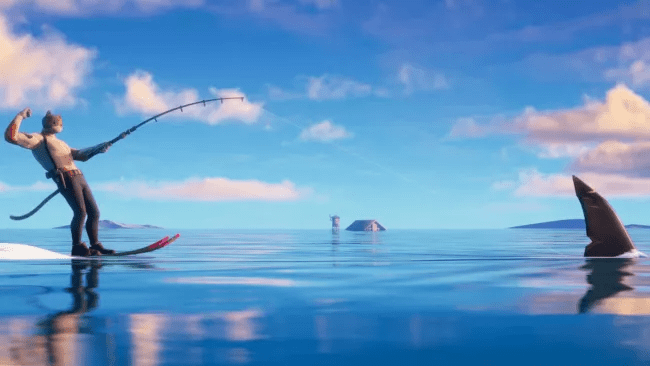 Players were having a couple of new ways to travel around in this new map. The fantastic two new ways to travel around is getting pulled by a giant Shark with wearing water skis. After the map has been flooded, the sharks have come over the waterways on the map all of you needed to watch out that the giant shark even jump out to the water too but you. Basically, players need a fishing rod to latch the sharks and ride it players also kill the shark for getting a weapon. Even though it’s worth, but the shark has a lot of HP and killing it isn’t easy.
Another way to travel across the map with whirlpools. This new feature of Whirlpools will give a boost you in air, and you can provide a position with your glider to move to a different mark on the map. And there are many Whirlpools in the map, and you need to swim into launched into the air.

This map is rotated mostly around water, and it gives a feeling that we have a new battle pass with rewards that are water-themed. This battle pass rewards do not disappoint you, and the Aquaman is now officially part of this game. It supposes that the players should complete all the challenges for getting a different style; also, there are items and emoticons that players can unlock this by completing tasks and challenges in the game.

The Marauders are here and new NPC Characters. 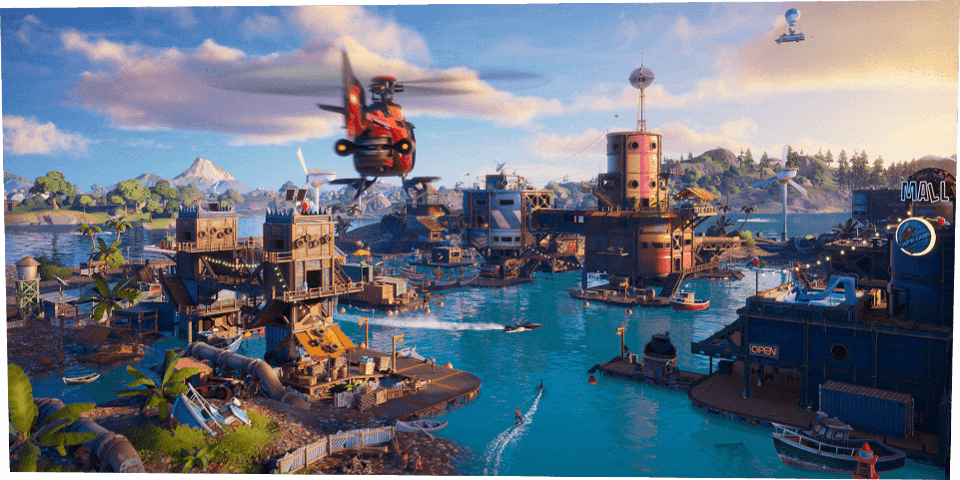 There is a henchman who has covered the whole map and protect their secret bases in season 2, and some of them are also present in this season 3 and patrol all areas that haven’t submerged underwater. The new NPCs set have arrived, and they are called by Marauders. They arrive from the sky in the form of meteors, and you can be spotted easily if you are looking for them.

Marauders can pop-up anywhere on the map whereas the Henchmen who only guarded their bases only, Marauders also drop weapons and gears that you can use and notice one thing that Marauders give much damage as well if you are new in the game then go with your squad members to eliminate Marauders.

New weapons have been added in Fortnite Chapter 2 Season 3

In season there is a new weapon in the game that called the charge shotgun, and it replaces the previous vaulted pump and packs a punch for those close envy. In this there also a new flare gun and a firefly jar throwable.

Also, the P90 is back again as it has an unvalued. The gun was considered to be overpowered, and the players could cut down enemies in close range with relative ease. In this, the bolt action and hunting rifles are also back to give a chance to players take out enemies for long distances. After these standard weapons, season 3 brings a new mythic weapon to the game. These are Ocean’s Burst Assault rifle, Julie’s Glider gun, Kit’s charge shotgun, Ocean’s Bottomless chug jug and Kit’s shock wave grenade launcher.

Customize your glider with Build-a-Brella 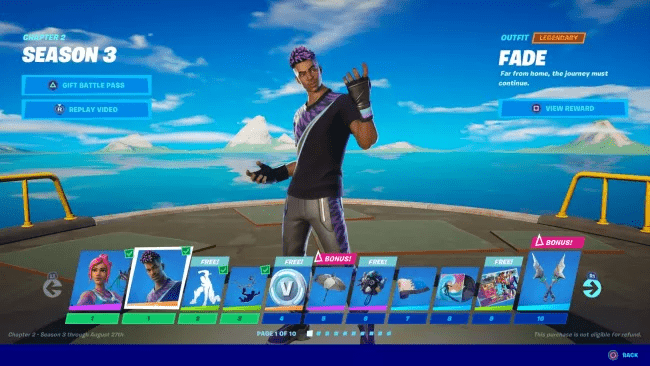 Those players who love to customize their characters appearance or weapon skins will also be happy to know that they can also customize their glider with the Build-a-Brella feature. When you rank up your Fortnite Chapter 2 Season 3, you will unlock all the new customization options to personalize your all the elements of the umbrellas then.