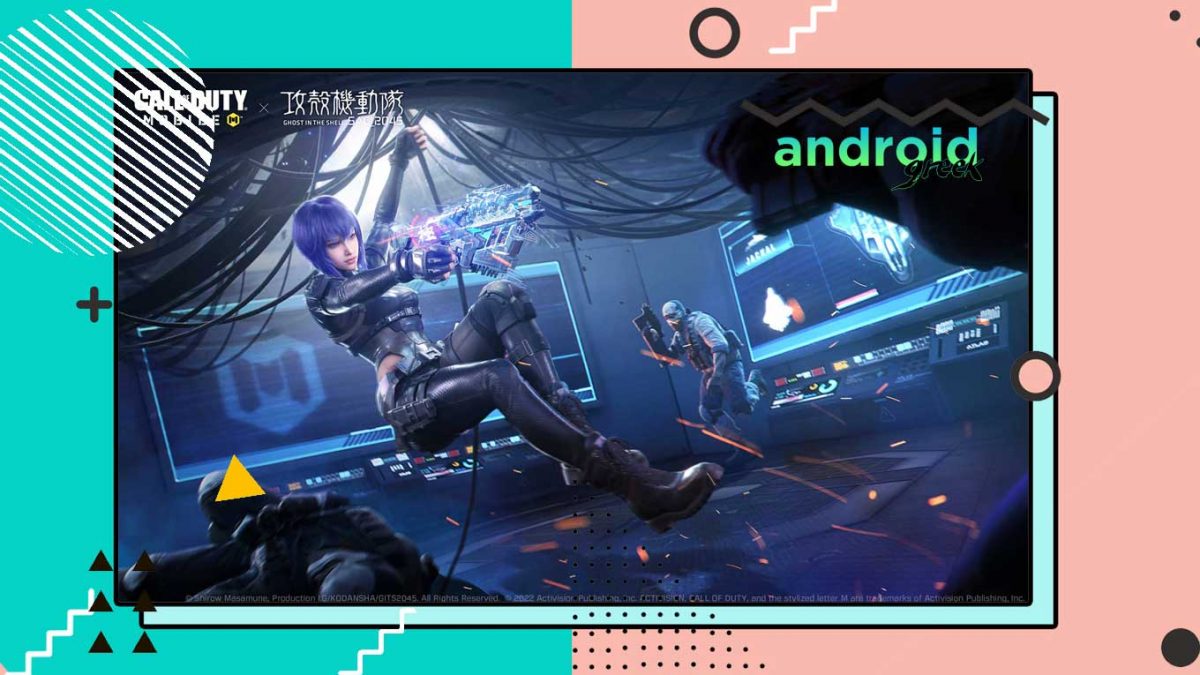 In the last Season, CoD players saw a plethora of new content in the game. Especially the Favela Map and Cold War’s KSP 45. Looking ahead, players are expecting a lot of new arrivals in the coming Season. Specifically, CoD Mobile Season 6: To The Skies is about to end in a couple of days.

Moreover, Developers have already scheduled release date for their coming season 7: New Vision City. Similar to the previous Season, there are many new things to cover up the Season. It includes Crossover, Ghost in the Shell, BR POI, and more exciting things. For a complete guide to letting you know about it.

CoD Mobile Season 7: New Vision City is a coming season to go live in the first week of August. And, as every Season, developers unveiled a lot of exciting stuff relating to it. In which a lot of new things happen like Cyberware enhancement, Togusa’s Survey Event, and more. The release date is also confirmed.

Although, The upcoming New vision city has confirmed dates to release. Some players are such that they do not have any relevant information about the new Season. As a result, they are raising their query on the web. Keeping that in mind, we will let you know all the details of CoD Season 7 in the given breakups below.

According to the official announcement, CoD Mobile Season 7: New Vision City will be released in August’s First Week. Certainly, You will get it at 5 PM PT/ 8 PM ET on August 3rd and 1 AM UK time on August 4th. So, save the dates and be ready to get into a new season of CoD Mobile.

There is a plethora of new content in CoD Season 7, including new city, BR, and mode. Especially CoD Mobile Collaboration with the Netflix series “Ghost in the Shell.” But, the developers unveil the content in small breakups. Due to this, players are confused about what new things are going to be seen. So, below is the list of changelog to get experience in the coming Season 7.

Besides that, there are some adjustments to the existing weapons and Skins. It includes an improved range with DR-H, Improved damage with QQ9, PPSh-41, and many other Guns. Also, there are downsides to guns like CBR4, reduced bullet Speed accuracy, Mac-10, Reduced damage, and many other guns.

The coming CoD mobile season: New vision city has a new battle royale pass. And, you know this Season has collab with Netflix series. It means this time, and you will get to unlock a lot of free equipment in the game. As usual, the free battle pass has claw operator skill (Unlock at tier 14), Switchable X9 SMG (Unlock at Tier 21), and Arcane Slayer Calling Card (Unlock at tier 50).

On the other hand, the Premium pass will offer GHOST In SHELL-inspired operator skin, Blackjack, Battery, Arctic.50, shorty, and more. Note, For the basic version, you will cost 220 CP, and for the premium, it is 520 CP with some additional perks.

Once the Season is released, You can download it through your device-supported application store. Let’s say Google Play Store for Android and App Store for Apple devices. However, You can also directly download the APK file from the official website. And, if someone has already installed or played the last Season. Then, Update your CoD app through the given application stores.

CoD Mobile Season 7 is special due to the GHOST SHELL collab. But, developers have not released any trailer for it. We can assume it in the upcoming couple of hours. As of now, these are the updates relating to season 7. Moreover, there can be some that can be unveiled once the game is released publicly.