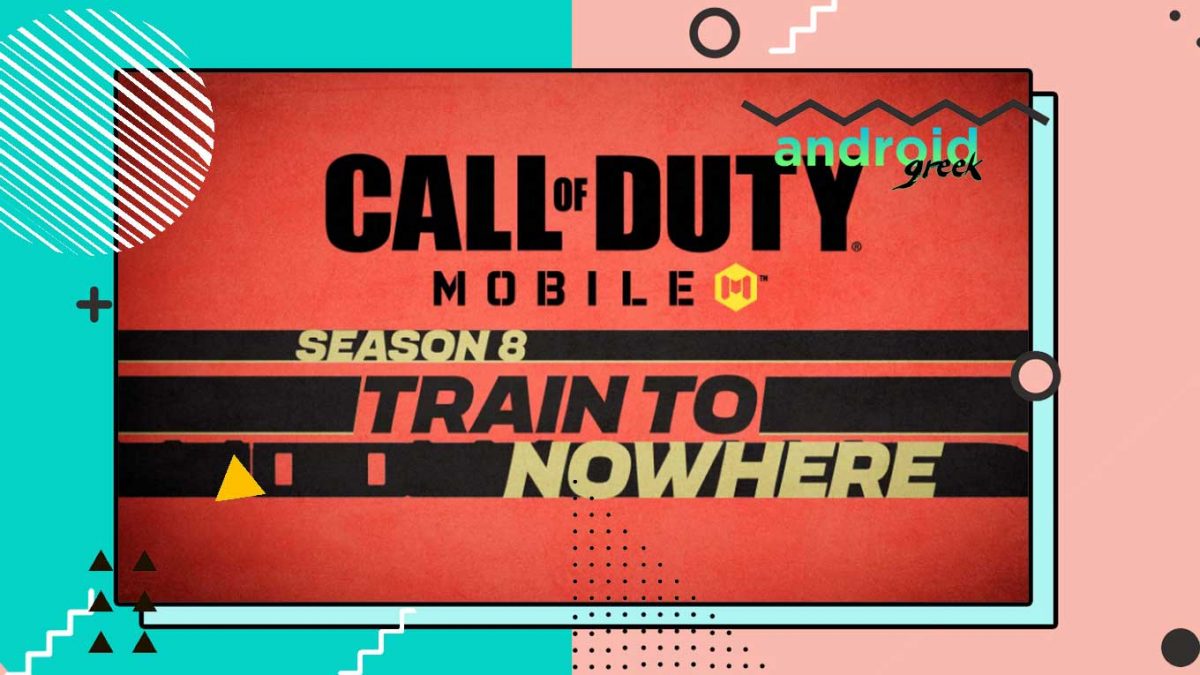 After getting massive appreciation for season 7, Call of Duty Mobile announced a new season update called ‘Train to Nowhere. Indeed, Activision stated all the essential details for their upcoming season, season 8. The blog post includes the release date, patch notes and a short overview of the coming season.

However, The announcement was made on the CoD mobile official blog. Even so, some CoD mobile fans still wait to know about the coming season 8. For this reason, we analyzed that entire post. We prepared an easy guide that helps understand season 8 patch notes and straightforward download instructions. So, let’s start and learn more. Moreover, the new season 8 is somewhat a train-oriented season where you get express multiplayer maps and hack enemy items with a perk called Spycraft. Alongside, a new weapon and strategy exists to survive in the game. So, let’s look at the patch notes below and know what special is coming in season 8.

CoD Season 8 has a new multiplayer map called Express that was first introduced in CoD Black Ops II. In this map, the battle starts with a high-speed rail transit centre inside the terminal and out of the tracks. You must pass through the parked train to flank enemies over different platforms.

🕵️‍♂️👀 We’ve intercepted classified information on your next mission.

There is a new perk added to CoD mobile via Season 8. It lets players hack land-based enemy items. You need to pass a season challenge to earn such perks, and further, you can hack the Trophy System, Trip Mine, SAM Turret, Sentry Gun, Transform Shield, and Munitions Box. However, Once the manual hack is complete, it will work in your favour. As every season, this time also CoD introduced a new weapon that is ZRG-20mm. It is a long-range weapon that first appeared in Black Ops Cold War. And currently, it is the best sniper rifle among the other ones. You will get this sniper as a free reward in the season 8 battle pass at tier 21.

CoD Mobile Season 8 Introduced a new class for players called Igniter. Going through Igniter Class, players can lay down flaming tar traps that burn and slow enemy Operators who enter the ring of fire. Additionally, it has some capabilities lasting for several seconds, holding position against enemies and more.

🗓🔜 A new map is scheduled for arrival in Season 8 of #CODMobile. Drop your guesses in the comments below. pic.twitter.com/76P1eucoJN

The new season named train to nowhere has a special theme event called Operation: Spy Hunt. Certainly, here you need to become a spy and get rewarded for the intel you bring back to base in Season 8’s Operation: Spy Hunt-themed event. Moreover, Collect clues by competing in Multiplayer and Battle Royale; then use those clues to intercept enemy intel, earning rewards. However, there is a special task where you need to eliminate specific enemies in Battle Royale. The CoD Mobile season 8 has updated its store suite of incredible Draws featuring Operators like the new Legendary Sophia — Errant Knight. Left for dead and out for vengeance against her father’s killers, Sophia prefers eliminating targets with her Legendary Butterfly Knife, a gift from her mentor, Vladimir Makarov.

Season 8: Train to nowhere is not a separate body from CoD mobile. It means that season 8 will roll out as a normal seasonal update. Effectively, we can download and install such new seasons throughout our device-supported store. In the case of CoD Mobile, there are some platforms such as App Store and Google Play Store.

CoD Mobile Season 8 is the next step to offer innovative things on the same battle royale pattern. Here, we have discussed the complete patch notes with the installation guide. If any user has a query, feel free to ask them in the below section.