Alldocube announced its New Tablet Consider as Smartphone, Alldocube is a Chinese Manufacture Which Manufactures a Best and affordable Smartphone all around the Work. Now, Company launched its Alldocube M8 Tablet, Let take a Took Toward this Smartphone.

It comes With an 8-inch IPS LCD display With the Resolution of 1920 x 1200 pixel of 16:10 aspect ratio Which is not a Bezel-less Display. In past, Most of the Tablet Manufacture Use Intel Processor Over MediaTek Processor But this Time Looking like there is Not any Difference in it Because that time There was an Issue Wit MediTek  That it Heat a lot as Compare to Other Processor.

The Device is Powered by the Deca-Cre MediaTek X21 Soc Which Clocked at 2.0Gz and paired With MALI T880-MP4 875MHz. A chipset is COupled With a 3GB of Ram and 32GB of Onboard Storage. Storage can be Further Expand Support up to 128GB Storage. 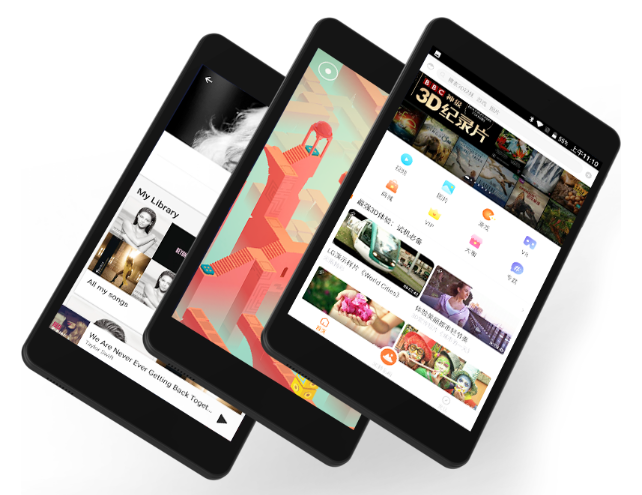 A chipset is Quite Powerful due to its 20m Processor Artichtucture With 10 CPU Cores, Where Two Cortex-A72 Clocked at 2.6GHz. Also, Its ARM Mali T880 MP4 GPU clocked at 875 MHZ to Enhance the Graphics Performance by 30%.

In the Terms of Camera, It Packed 5MP rear Camera Sensor and 2MP selfie Shooter. Also, It has a massive 5500mAh Battery Which Charged via Micro USB at 3.8V. It Runs over Android 8.0 Oreo Out of the Box.

There are No official Words Towards its Price and Sale Yet. We Let us know when it Available to Buy and Available Color.  As in the Connectivity, it Supports 802.11ac/a/b/g/n(2.4GHz/5GHz) Wi-Fi, Bluetooth 4.2 and 3.5mm Headphone Jack.

Tell Us What did you think of this Device Let us Know in the Comment Section Below. Stay tuned for More Further Updates.