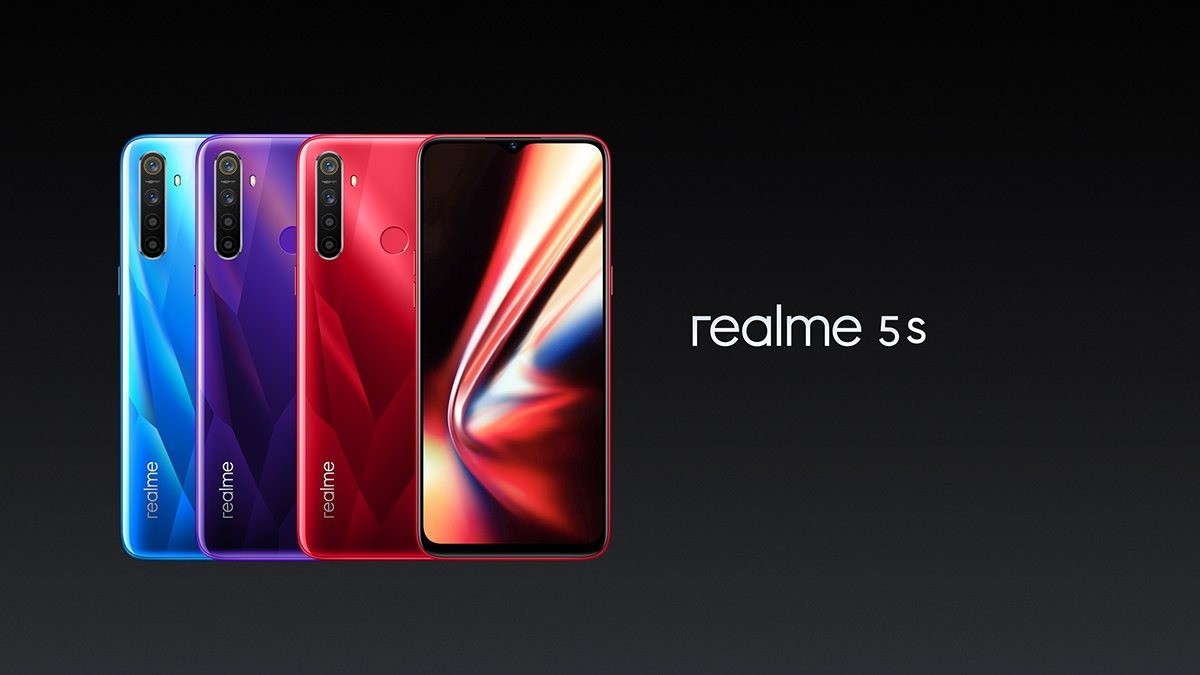 Realme Refreshed its Realme 5 Device With a Latest Version as the Realme 5S. Where the Device Launched alongside Realme X2 Pro Flagship Launched in India. There is only a Single Major Upgrade as the 48MP Primary Quad Rear Camera Setup.

Contents Show
1 Realme 5s is an Upgraded Realme 5 launched in India with 48MP Quad rear cameras and Snapdragon 665 SoC, will be on sale from November 29th on Flipkart and Realme.com Price Starting at Rs 9,999.
2 Recommended Post

Realme 5s is an Upgraded Realme 5 launched in India with 48MP Quad rear cameras and Snapdragon 665 SoC, will be on sale from November 29th on Flipkart and Realme.com Price Starting at Rs 9,999.

The Device Comes with a 6.5-Inch HD+ Display of a 720×1600 Pixel Resolution at 269 PPI Waterdrop IPS LCD Display. Which having a Complete 82.7% Screen-to-body ratio With a 20:9 aspect ratio. The Display Panel is Well Protected by Corning Gorilla Glass 3+ and Night Mode for Eye Care. 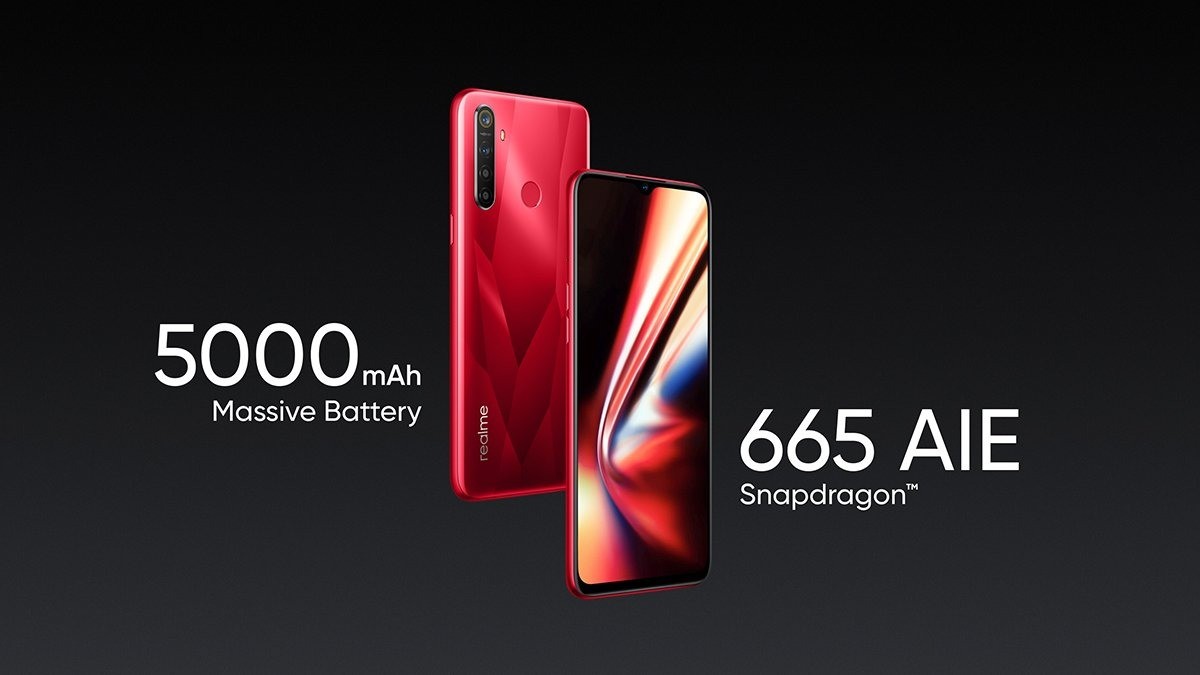 Under the Hood, The Device is Powered by Qualcomm Snapdragon 665 Soc Coupled With 4GB of Ram and 64/128GB of Onboard Storage. Where the Devie also paired With Adreno 610 GPU and Set to be Clocked at 2.2GHz. Further, You can Expand Storage using Dedicated MicroSD Card Slot up to 256GB Storage.

In the Terms of Camera, There is a Quad Rear Camera module placed Vertically Right Side of the Rear Panel of a Diamond Cut Designed Patter. It Housing a 48MP primary Samsung Bright GW1 Sensor + 8MP Ultra-Wide angle Lense With a 119° of Field of View + 2MP Macro + 2MP Depth Sensor. While the Front is an
13MP Selfie Shooter

Therefore, it also Having a 4K, 240fps Slo-Motion Video and Ultra-Wide angle Video Recording alongside an HDR, Panoramic View, Timelapse, Refined beauty Mode, NightScape 2.0 and Chromebooks. To Power the Device, It Equipped With a 5000mAh battery Using an 18W Fast Charger Bundled in the Box via Micro USB Type-C Wired Cable. Moreover, It Runs on Android 9 Pie-based ColorOS 9.1 Out of the Box. 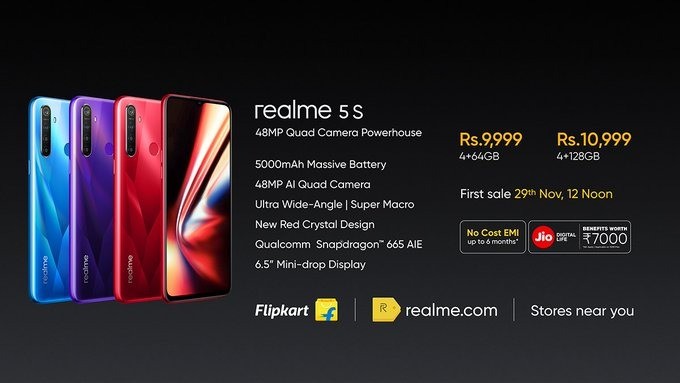 The Device Starting price With ₹9,999 for 4/64GB and ₹10,999 for 4/128GB Configuration. Even it Introduced a New Crystal Red Color variant and Go on Sale From November 29th Exclusively on Realme Online Store and Flipkart.

Furthermore, Also having a Crystal Purple and Crystal Red Hues Color Option. The Dimension of the Device Measured as the 164.4×75.6×9.3mm and Wight 198 grams With Battery.