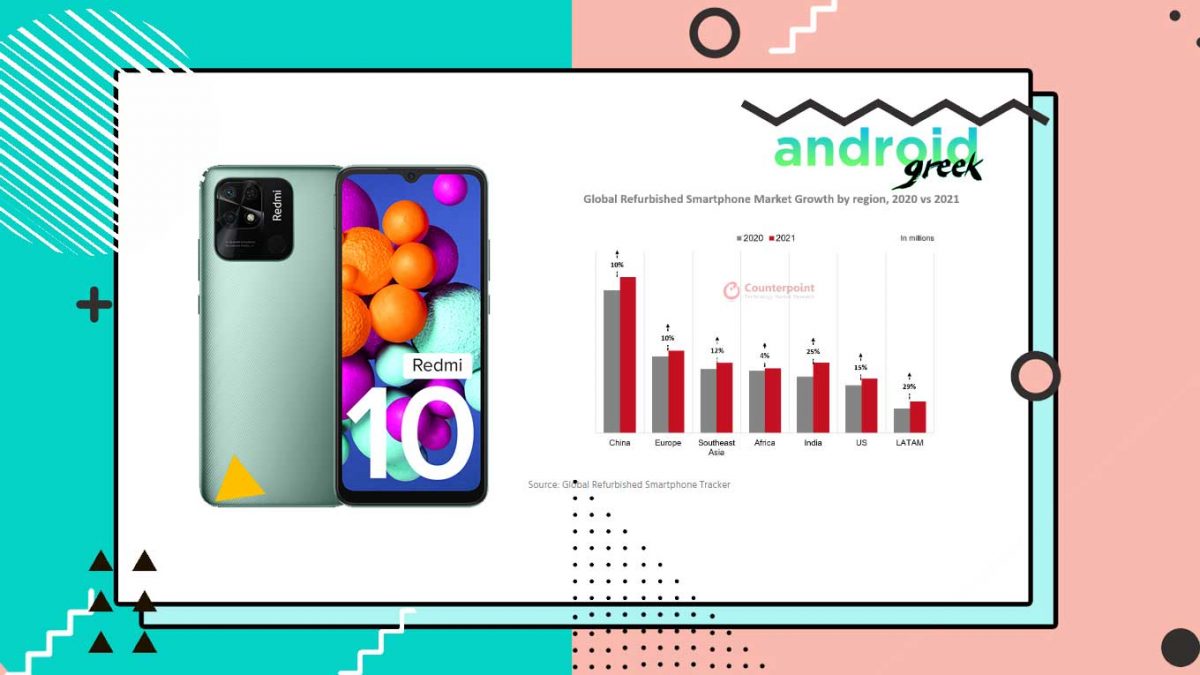 Contents Show
1 Xiaomi Civi 1S With 32-Megapixel Selfie Camera and Snapdragon 778G+ SoC Is Now Available: Price and Specifications
2 Redmi 10 Power With 6,000mAh Battery and 8GB RAM Launched in India: Price and Specs
3 In China, the Realme Q5 and Realme Q5 Pro were launched.
4 Redmi 10A is now available in India. Under Rs. 10,000 and up to 64GB of storage: Price, Specifications
5 Xiaomi led Indian smartphone sales in Q1, while Realme gained the most.
6 Refurbished smartphone market beats expectations to grow by 15% in 2021.
7 The OnePlus Ace will go on sale in China on April 26.
8 Recommended Post

Earlier, Xiaomi launched the Civi model with a lot of exciting configurations. But, To add on more refinement, the Chinese market was fortunate to see the new Xiaomi Civi 1S launch as a successor of the initial Civi series. As per evaluation of the new Civi 1S, the device seems to look somewhere a cognitive device taking its exclusive orders.

There are several features through which Civi 1S is compiled. But, On a highlight basis, we have shortlisted some features that might force you to think about it. So, without further delay let’s check out its In-riched features.

To Sum up, the device began its pre-sale in china. And, the above-given specs are the main one that makes a good difference between Xiaomi Civi and Civi 1S. However, For a brief Specs analysis, you can visit Xiaomi Official web page.

The Indian market again got a new budget range in which Redmi 10 Power seems to grab the complete market. As the device is recently launched in India showing various In-built features that most other companies in other price ranges. The price for the device starts from ₹14,999. However, the Specification makes the asking price worth it because several features are not ever expected at primarily this certain price point. In need of this, we evaluated the complete device and shortlisted some specs that users look for in every device. So, without any further ado let’s Checkout the specs.

We know that few specs are not Satisfying the price. But, Some specs are beyond the expectation such as Battery Size, RAM, ROM, Camera, and Charging Support. So, if you are more conscious of this factor then it would be a worthwhile device model offered by Redmi India.

In China, the Realme Q5 and Realme Q5 Pro were launched.

On Wednesday, Realme Launched Two Smartphone models Q5 and Q5 Pro in China. The sources claimed that the device could be on Sale from 27th April only in China. Surprisingly, the china launch of both these devices found several inherent specs that you do not assume. However, It is confirmed that we get the same specs as China but for a rough idea of what we can expect from it. The Specifications for this device are mainly focused on the Processor and Camera Setup. One device is the initial model whereas the other one is the add-on mode of the first one. But, To evaluate on a fair basis below are some focused specs through which you can take the idea of India’s launch for the same device models.

These are the highlighted differences found while evaluating both the devices. However, it takes some time to get the same in India. But, a similar specification is likely to be seen in India. So, if you are willing to know more about it, then check out Realme’s official web page.

Redmi Launched the most budgeted smartphone Redmi 10A which is really under the 10,000 mark giving 64 GB as an onboard internal Storage. The device was recently launched in India somewhere pricing starts from ₹8,499. The launch highlighted several key specifications for the device such as Display Size & Type, Processor, RAM, ROM, and other exciting things which are worth especially at this price point. To get more about the same, we researched and analyzed the specifications of this device with the purpose to enlighten buyers of its worthiness. On that evaluation basis, below we have mentioned the major specs that every user needs in their smartphone. So, with the very first note lets Checkout them.

After looking at the above specs, You can get an idea of how worthwhile this device is. As mainly RAM, ROM, Battery Size, Price and Processor are the most one who Catching attraction towards it. So, if you are somewhere interested in this phone then you can check out the official web page for this device model.

Xiaomi led Indian smartphone sales in Q1, while Realme gained the most.

The Year 2022 has completed its first quarter and In this first quarter, Xiaomi seems to be the major brand that makes its sales utmost high in the given patch. As The global supply constraints hit India in Q1 2022, Canalys revealed in its latest smartphone market report. Xiaomi Including POCO claims the highest growth with a market share of 21%.

On the other hand, Samsung secured a rank position as it grew up more and covered 18% Market share. After Samsung, Realme found the next most popular smartphone company that grew up with the Q1 market patch having 16% Market Share. The Next is Vivo which does 6.7 Million shipments and grabbed a 15% Market Share.

Moreover, the OPPO is on the queue including OnePlus; it has done 5.3 Million shipments with a market share of 12%. Majorly, These are the known companies that have a tight competition in this inflation Era. However, some unpopular companies grabbed the remaining 18% Market share. Also, the Q1 is about to end soon through which we can hope for some more growth in the coming quarter (Q2).

Refurbished smartphone market beats expectations to grow by 15% in 2021.

The Year 2021 was found to be a boost in Sales for Refurbished Smartphones as compared to the previous one. As per Counterpoint Research Report, the 5G expectation enforced users to upgrade and buy new smartphones. As a result, the market for renewed units suddenly showed a high spike in its growth.

In the Inflation era, everyone wants to save money for that reason every individual buyer sells their old smartphone in the Refurbished market, and the buyer who has a low budget purchase that renewed smartphone. Following this, the refurbished market indirectly got a boost in its Sales. However, This is not only for a certain country or region; the growth rate is different in every region.

But, it Sounds better than every country got a vast spike majorly in the US. More specifically, the US got a plus 15% growth, Europe got a plus 10% and China also saw a plus 10% Growth.  Apart from the inflation factor, it is good to hear that people are getting trust in buying renewed devices to reduce e-waste on the earth.

The OnePlus Ace will go on sale in China on April 26.

OPPO Owned Subsidiary OnePlus has launched a new series phone called the OnePlus Ace that features various new things that are somewhere competing Realme GT Neo 3. In which the most highlighted is to get 50% Charge in just 5 minutes. However, the device has MediaTek Dimensity 8100 Max Sits. Also, the camera highlights 50MP as the main camera, 8MP as Ultra-wide, and 2MP as a macro. Coming with that, the device is going to be scheduled for Sale on 26th April 2022. Also, it is expected that OnePlus is planning to make its international debut in India as the OnePlus 10R on April 28. So, it could be interesting to see what OnePlus is likely to discover in future updates.