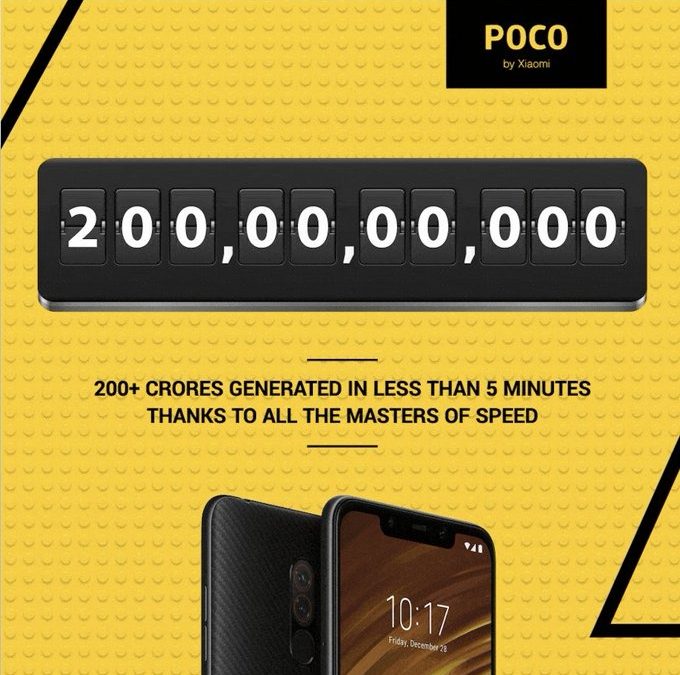 Xiaomi is likely to have a POCO F2, Lately, Several Months having a lot of Rumours and Frequently asked Question about this Device. Not to mention, The POCO F1 from Last year Still One of the Best Device to Buy Right Now under ₹20,000. Having a Last Year Flagship Qualcomm Snapdragon 845 Soc Bring a Top-Notch Specs on the Table.

Let known Why are People are More Curious about POCO F2 and We Think it Should be Launched. First thing First, The Most Popular Smartphone Brand of the Year. Where Xiaomi already Announced the Date for its Upcoming Device Mi Mix 4, Alpha and Mi 9 Pro 5G is Set to be launched on September 24th. But We Don’t have any official Words about this Smartphone.

Likewise, If the POCO F2 Launched then if Make Sell a lot. Meanwhile, POCO Offical Members Start hinting their Device. like ✌ or 2 Finger Only in there Pictures Might be Suggesting POCO F2, We are Not Sure about this But it Could. Similarly, Mr Anuj also Used a #POCOF2 in it’s Twitter account.

Ethnic wear bahut acha hai, #DiwaliWithMi I guess, but you know the question I am gonna ask @cmanmohan
???? pic.twitter.com/9PzcHmA8lh

On the Other Hand, They are Just Making Hype for other Devices or Ya it POCO F2 Exist. We Don’t think that Xiaomi and Redmi Need this Kind of Hype Because all of their Smartphone is Performing Well in a market. There is One Smartphone Which Xiaomi is Not Going to Leak in any Condition. However, They also Want to Know about it Where the Device Leaks from.

Therefore, If the Device is going to affect the Device Sale. What if there is a Smartphone Which is about to be launched Without Leak, Just an Event Date of Launching POCO F2. If you Remember, Recently Launching We are looking forward to is the Launch Date. Same Happen With Redmi 8A is going to Launch on September 25th. We Don’t have a lot of Leaks about this Device, Means Xiaomi is Not allowed the Device to leak.

Leaks are Generally having all the Specification mention, Nowadays We only Look about it’s Pricing only. The Excitement of Events Like What the Device Will be Lookalike, Specification and More New Features. Said that the Oneplus already unveiled the Render Image for Oneplus 7T-Series, Which Exactly Doesn’t Make Seems Existing and We already Having the Specs as Well.

Currently, We Don’t have any Render, Live Shots, Benchmark and Certification Which make exciting What the Device Will be Going to. At Smarter Living 2019 Event, They Hinted Give an Example about POCO F1. Which Device having not a lot of Leaks Compare to Generally Leaks Smartphone. This Could Be a Reason Why Leaked Affect the Sales of the Smartphone.

At Some Point, POCO is aimed to be a Killer of Flagship Killer. Eventually, POCO F1 is a Oneplus Killer But the thing Happen With Redmi K20 Which Potentially a Successor of POCO F1. Here in India, People Comparing the Redmi K20 With Realme X Device Not a Oneplus Device. Maybe Redmi Could launched a Device Which Set to Compete With Oneplus 7T-Series.

Hey POCO Fans, it has been exactly a year since we launched #POCOF1, the champion of speed. It has been an awesome 1 year. Here is a glimpse of this amazing year that has been for POCO. Lot of learnings and lot more to do!! pic.twitter.com/NvPDmWlDR2

Lastly, POCO F1 having the Most Powerful Chipset Under ₹20,000 and Now Latest and Greatest Qualcomm Snapdragon 855+. Where The Qualcomm Snapdragon 855 is Used to power the Redmi K20 Device. Probably The POCO F2 is Not going to Launch Soon because the Device is Going to launch Soon Might Get affect as Redmi Note 8-Series Hold Under ₹20,000 Segment and Redmi K20-Series Under ₹30,000 Price Segments.

From Company Prospective, Where the POCO F2 is Going to place. There is No Space Between there Portfolio. POCO F2 is Not a Good Idea at least in 2019. Maybe Next Year Redmi K20-Series and Note 8-Series Sales have Been Done Left a Mark. Which Could be a Better Idea. But as for Us POCO F2 Should launch in Next Year 2020.

Thanks for Being With us, Share your Valuable opinion and Feedback in the Comment Section Down below. Stay tuned for More Further updates in future on same.