Best Gaming Quotes to Inspire and Motivate All Time! being a bad Person.

Hey Gaming Greeks, Today We Bring Some of the Amazing Video Games Quotes for You. Especially for Gamers, Here you go.

“This is my story, not yours. You must let me finish telling it”.
~Ciri”

I thought Witchers carried 2 swords, a steel one for humans and a silver one for monsters”.
~Abigail says

“Its time to kick ass and chew bubblegum… and I’m all outta gum”.
~Duke Nukem

“I used to be an adventurer like you until I took an arrow to the knee”.
~Elder Scrolls V: Skyrim

“I’m racking my brain trying to think of a name for that diamond pony I bought. I was gonna call it “piss~for~brains”
~Handsome

“Nothing is true, everything is permitted”.
~Altair, Assassin’s Creed 1

Last but not least,
~Fallout

“War is when the young and stupid are tricked by the old and bitter into killing each other.”
~Niko Bellic, GTA IV

“The cake is a lie”
~Portal

“Do you feel like a hero yet?”
~Spec Ops: The Line 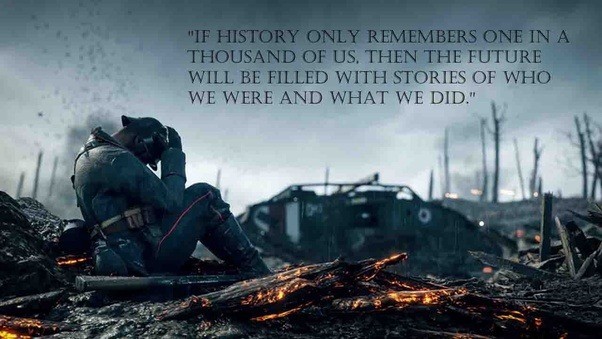 “You are filled with determination!”
~Undertale

“You must construct additional pylons!”
~Starcraft

“It’s dangerous to go alone! Take this.”
~The Legend of Zelda

“What is a man? A miserable little pile of secrets!”
~Castlevania: Symphony of the Night

“Its time to kick ass and chew bubblegum… and I’m all outta gum”.
~Duke Nukem 3D

“Thank you, Mario! But our Princess is in another castle!”
~Super Mario Bros

“I used to be an adventurer like you until I took an arrow to the knee”.
~Skyrim

“All your base belongs to us”
~Zero Wing

“The right man in the wrong place can make all the difference in the world“.
~G-Man, Half-Life 2

“Even in dark times, we cannot relinquish the things that make us human.“
~Khan, Metro 2033

“What is better? To be born good, or to overcome your evil nature through great effort?”
~Paarthurnax, The Elder Scrolls V: Skyrim

“Sniping your enemy is like hunting any other animal. Fire at the wrong moment and your chance will be forever lost“.
~Viktor Reznov, Call of Duty: World at War

“It takes a strong man to deny what’s in front of him. And if the truth is undeniable, you create your own. The truth, Walker, is that you’re here because you wanted to feel like something you’re not: a hero. I’m here because you can’t accept what you’ve done. It broke you. You needed someone to blame, so you cast it on me: a dead man. No matter what happens next, don’t be too hard on yourself. Even now, after all, you’ve has done, you can still go home. Lucky you.’
~John Konrad, Spec Ops: The Line

“All warfare is based on deception. For years, the Wests hypocrisy has made the world a battlefield. The corrupt talk; while our brothers and sons spill their own blood. But deceit cuts both ways. The bigger the lie, the more likely people will believe it, and when a nation cries for vengeance, the lie spreads like a wildfire. The fire builds, devouring everything in its path. Our enemies believe that they alone dictate the course of history, but all it takes is the will of a single man.’
~Vladimir Makarov, Call of Duty: Modern Warfare 3

“We all make choices in life, but in the end our choices make us”.
~Andrew Ryan, Bioshock 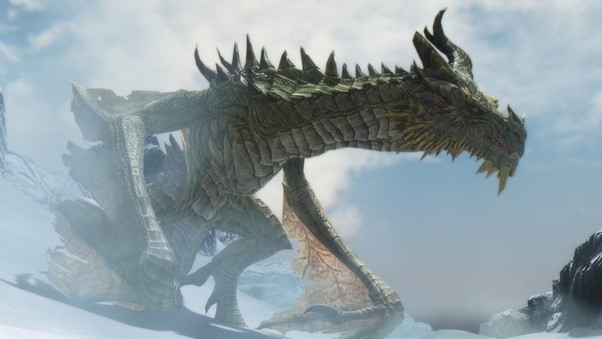 “What is better? To be born good or to overcome your evil nature through great effort?” Paarthurnax,
~Elder Scrolls V: Skyrim

“The right man in the wrong place can make all the difference in the world”.
~G-Man, Half-Life 2

“Stand in the ashes of a trillion dead souls, and asks the ghosts if honour matters. The silence is your answer”.
~Javik, Mass Effect 3

“Bring me a bucket, and I’ll show you a bucket!”
~Psycho, Borderlands 2

“Wanting something does not give you the right to have it”.
~Ezio Auditore, Assassin’s Creed 2

“Even in dark times, we cannot relinquish the things that make us human”.
~Khan, Metro 2033

“How many are there in you? Whose hopes and dreams do you encompass? Could you but see the eyes in your own, the minds in your mind, you would see how much we share”.
~Vortigaunt, Half-Life 2

“A hero need not speak. When he is gone, the world will speak for him”.
~Halo

“No gods or kings. Only man”.
~Andrew Ryan, Bioshock

“Some trees flourish, others die. Some cattle grow strong, others are taken by wolves. Some men are born rich enough and dumb enough to enjoy their lives. Ain’t nothing fair”.
~John Marston, Red Dead Redemption

“You can’t break a man the way you break a dog or a horse. The harder you beat a man, the taller he stands”.
~The Jackal, Far Cry 2

“Stay a while, and listen!”
~Diablo II

“Thank You, Mario! But our princess is in another castle!”
~Super Mario Bros

“There are two ways of arguing with a woman, and neither one works.”
~Red Dead Redemption

“Tell my wife, I had another wife.”
~Saints Row IV

“If our lives are already written, it would take a courageous man to change the script.”
~Alan Wake

“This is your fault. I’m going to kill you. And all the cake is gone. You don’t even care, do you?”
~Portal

“Everything is teetering on the edge of everything.”
~Spec Ops: The Line 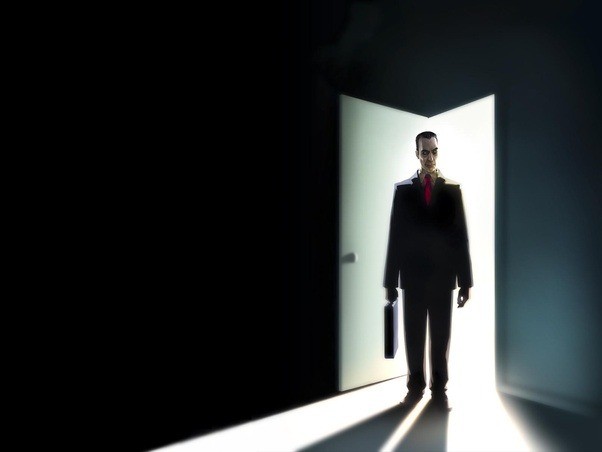 “The right man in the wrong place can make all the difference in the world.”
~Half-Life 2

“You can’t break a man the way you do a dog or a horse – the harder you beat a man, the taller he stands.”
~Far Cry 2

“Nothing is more badass than treating a woman with respect.”
~Mr. Torgue, Borderlands 2

“Stand in the ashes of a trillion dead souls and ask the ghosts if honour matters. Their silence is your answer”
~Javik, Mass Effect

“Not even death can save you from me!”
~Diablo, Diablo II

“It’s easy to forget what a sin is in the middle of a battlefield”
~Solid Snake, Metal Gear Solid

“Had to be me. Someone else might have gotten it wrong”
~Mordin Solus, Mass Effect 2

“It ain’t no secret I didn’t get these scars falling over in church.”
~Red Dead Redemption

“I know no one lives in the slums because they want to. It’s like this train, it cants run anywhere except where its rails take it.”
~Cloud Strife, Final Fantasy 7

“We all make choices, but in the end our choices make us”
~Andrew Ryan, BioShock

“There are days when I just can’t stand faking it anymore. And then, I realize that it’s too late. The Isabelle that people know is all an act, and the real me has long become a stranger.”
~Isabelle, To The Moon

Thanks for Being With us, Let us Know Some More Quotes of Games for Gamers. Hope you like it, Stay tuned for More Awesome Contents.